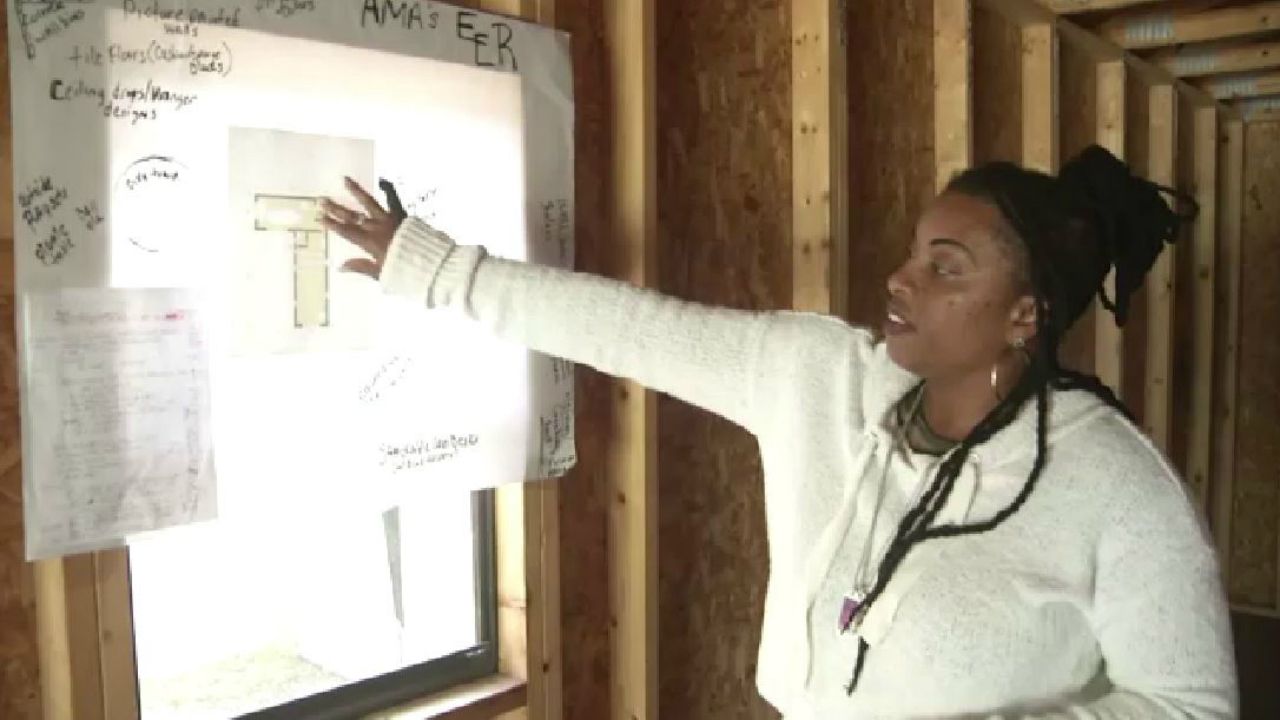 Chantala Simmons explains the vision for her nonprofit, A Mother's Arms. She was inspired to form the group after following the tragedy of Jordan Belliveau, whose mother, Charisse Stinson, is on trial in his death. "The one thing she kept saying is that it didn’t come with instructions on how to be a parent," Simmons says of Stinson. (Spectrum News)

GULFPORT, Fla. — A Pinellas County nonprofit has a special gift for mothers this holiday season that the executive director says could save the lives of children.

Chantala Simmons founded A Mother’s Arms after the death of 2-year-old Jordan Belliveau and after seeing her own daughter struggle.

“My daughter seemed like she was frustrated with my grandkids, and when I spoke to her, she said this was needed. She said I had no idea how many mothers were out there that were stressed out who didn’t have anyone to turn to, anyone to talk to, and just didn’t know what to do,” Simmons said.

So she came up with a program of her own.

“I have developed a program to give you three hours of relief: A Mother’s Arms. The 'Arm' part means 'Arriving to Relieve a Mother under Stress,' ” she said. “Do whatever it is you want to go do, whether it’s to go back to bed, sit and read a book, collect your thoughts, figure something out. But in turn, you have to participate in the program.”

Simmons said she knows the struggles of being a young single parent.

“I was a single parent. But I had my grandmother. I had my mother; I had the neighbors. We were a village. And that’s my ultimate goal to come back and bring that village effect to make them understand that village is needed,” she said.

Simmons says she plans to create that village with the nonprofit.

“We have all of these different programs out here as far as getting their GED, getting housing, getting public assistance. But that’s not dealing with internal issues, and that’s where it lies. It’s internal,” she said.

“My program is geared toward retraining the mind,” she continued. “It’s like you’re coming to A Mother’s Arms, the ER room, but it’s EER, meaning 'examination, elimination, and recreation.' So we’re going to examine yourself, how you think, where your thoughts come from."

It’s a game plan she says she came up with after talking to Charisse Stinson, who is accused of killing her 2-year-old son Jordan.

“The one thing she kept saying is that it didn’t come with instructions on how to be a parent. And she said she didn’t have any backbone. She didn’t have the village. Everyone kept saying that she could’ve called me. She says that’s not true; she did not have anybody,” Simmons said.

Simmons said her goal for the program, which launches next month, is to help young, single, stressed mothers. But for those who can’t wait, she says this mother’s arms are wide open now.

“If a parent is in a stressful situation and they really just need some time away, they can call me now. I’ll take the babies now. I’ll watch the babies now and still give them three hours of relief before the program even starts,” she said.

Simmons says she already has 60 mothers on a waiting list for the program and 30 volunteers. If you want to find out more or how you can help, go to A Mother's Arms's website at https://amothersarms.org.