KISSIMMEE, Fla. — As Vice President Mike Pence visits the heart of Florida’s Puerto Rican community on Thursday, he’ll attempt to sway voters in this key demographic that have become one of the fastest-growing in the state.

It’s been over two years since Damaris Nieves started from scratch in Central Florida after Hurricane Maria devastated Puerto Rico.

“This is my new life in the United States, so I have to make something of it,” Nieves said during an interview with Spectrum News.

Nieves said leaving her family and friends back on the island hasn’t been easy, but she’s working full-time and starting to settle.

“I feel terribly homesick all the time. However, I just started making new friends that feel like family, people that are here under the same circumstances, as well,” she said.

This November will be the first time Nieves will be able to vote in a general election. She said lingering resentment over how President Donald Trump handled Hurricane Maria will influence her vote.

“He has lost my support. All of the excuses about how it was hard to get to us, because we’re an island,” she explained.

“I remember what he said, and I have that information with me all the time,” Nieves added. 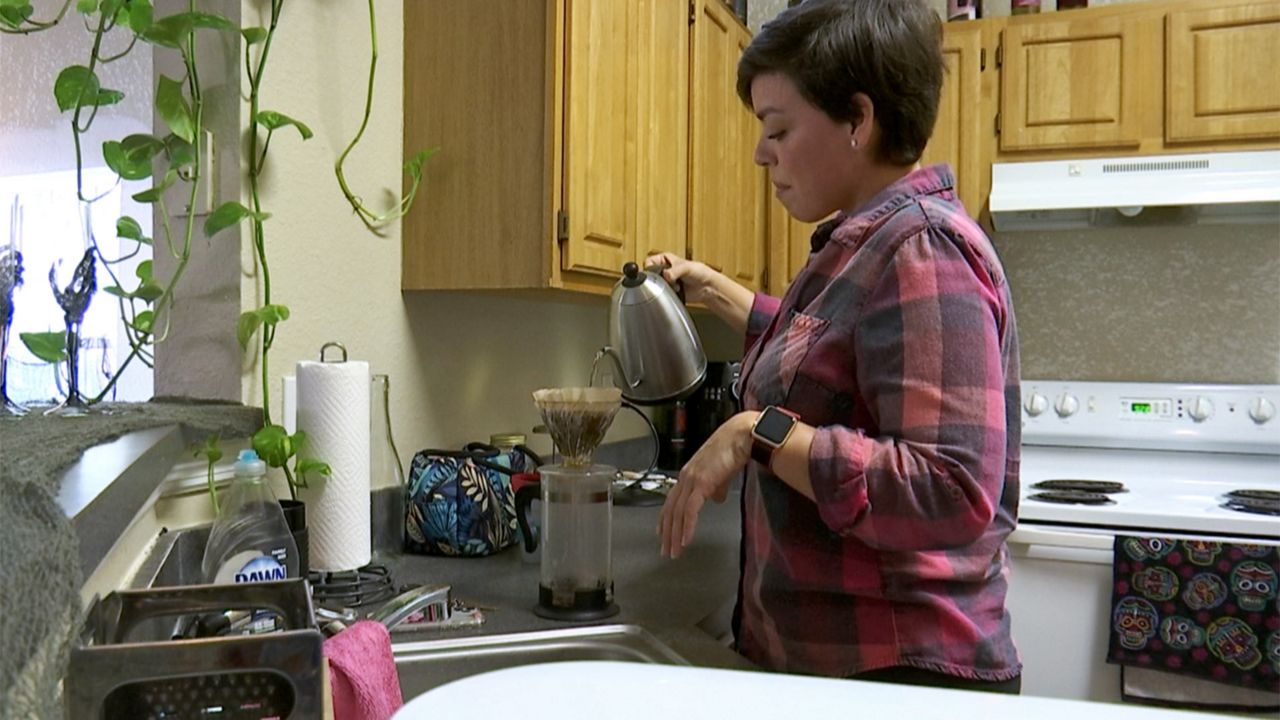 Damaris Nieves, a Hurricane Maria Evacuee, makes coffee at her home ahead of her workday. (Vince Pecoraro/Spectrum News)

However, some of the Puerto Ricans who have lived in Central Florida for longer have a different point of view.

Igor Baez and his wife Darlene Ramirez relocated from the island over 20 years ago — now they run Casa Del Artesano, a gallery featuring Hispanic artists in downtown Kissimmee.

While this couple share a passion for art, they don’t share the same opinions about President Trump, even though they both voted for Hillary Clinton back in 2016.

“I think he’s been doing a great job for the nation, not everybody agrees with his decisions, but to be a president, you need to make tough decisions,” Baez said.

Ramirez does not agree. While she is still undecided on who she will support in November, she said she will not be voting for President Trump.

“For me, no. I think we need to give the opportunity to other people. The person we elect needs to understand the diversity that we have especially here in Florida,” she said.

While politics are not the most pleasant conversation for this couple, they embrace their differing perspectives in their marriage.

“It’s good like that because we never get bored,” Baez said with a laugh. 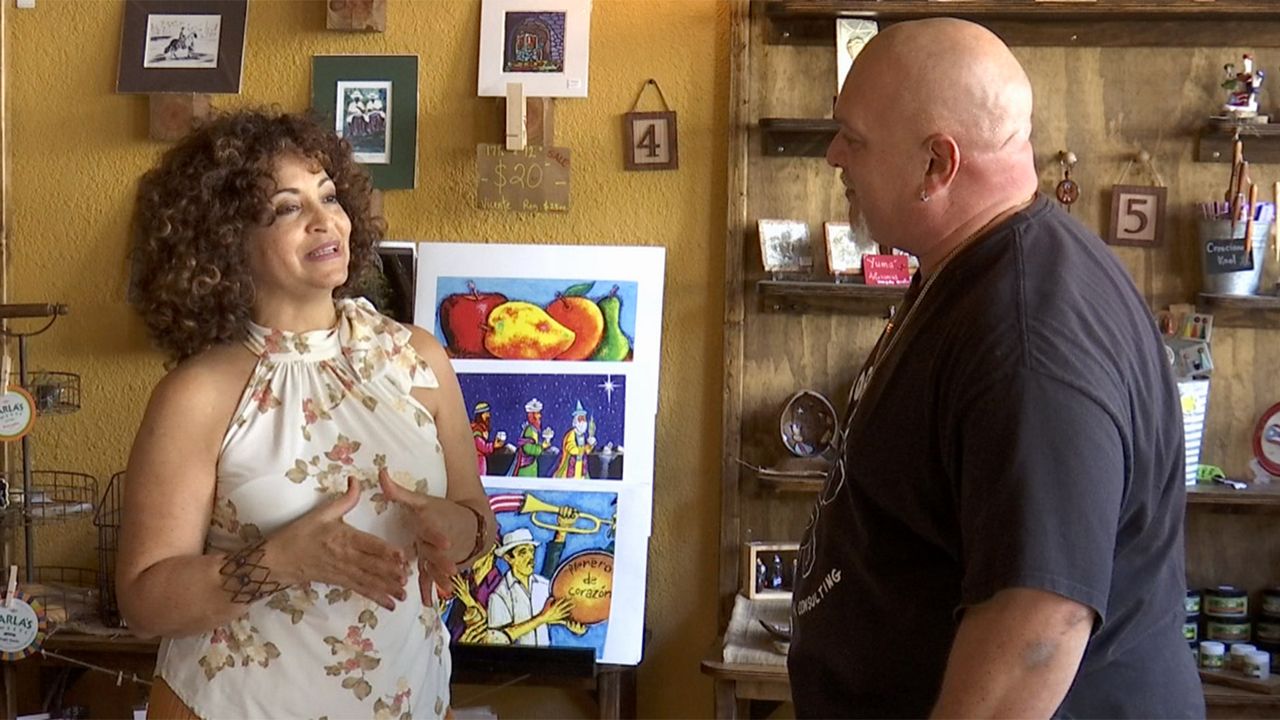 Darlene Ramirez and Igor Baez have a discussion inside of their art gallery in downtown Kissimmee. (Vince Pecoraro/Spectrum News)

Kissimmee, once rural and reliant on agriculture, is booming with new residents, many directly tied to Puerto Rico.

Traditionally, Puerto Ricans on the mainland have leaned Democratic, but a large number supported Rick Scott in his 2018 Senate bid. A major unknown is if this key voting block will turn out at the polls in November.

According to the Florida Secretary of State, there were about 107,600 newly registered Hispanic voters in 2019.

“The way that we vote in the island in Puerto Rico is different,” Ramirez explained. “Here, we have different ways to vote, different times to vote. That gets a little confusing. This is the problem that I can see, and that’s why they don’t vote.”

While the Bureau of Economic and Business Research at the University of Florida has estimated as many as 50,000 Puerto Ricans settled in Florida after Hurricane Maria, that hasn’t necessarily translated into votes.

During the midterm election in 2018, Puerto Ricans lagged behind other Hispanic groups in voting, but Nieves believes that’s because many Hurricane Maria evacuees were just getting on their feet. This time around, she thinks it will be different.

“Those who evacuated have been here long enough,” Nieves said. “I do know a huge community especially here in Central Florida of Puerto Ricans and politics is something that we discuss, they are participating in the elections, and so will I.”