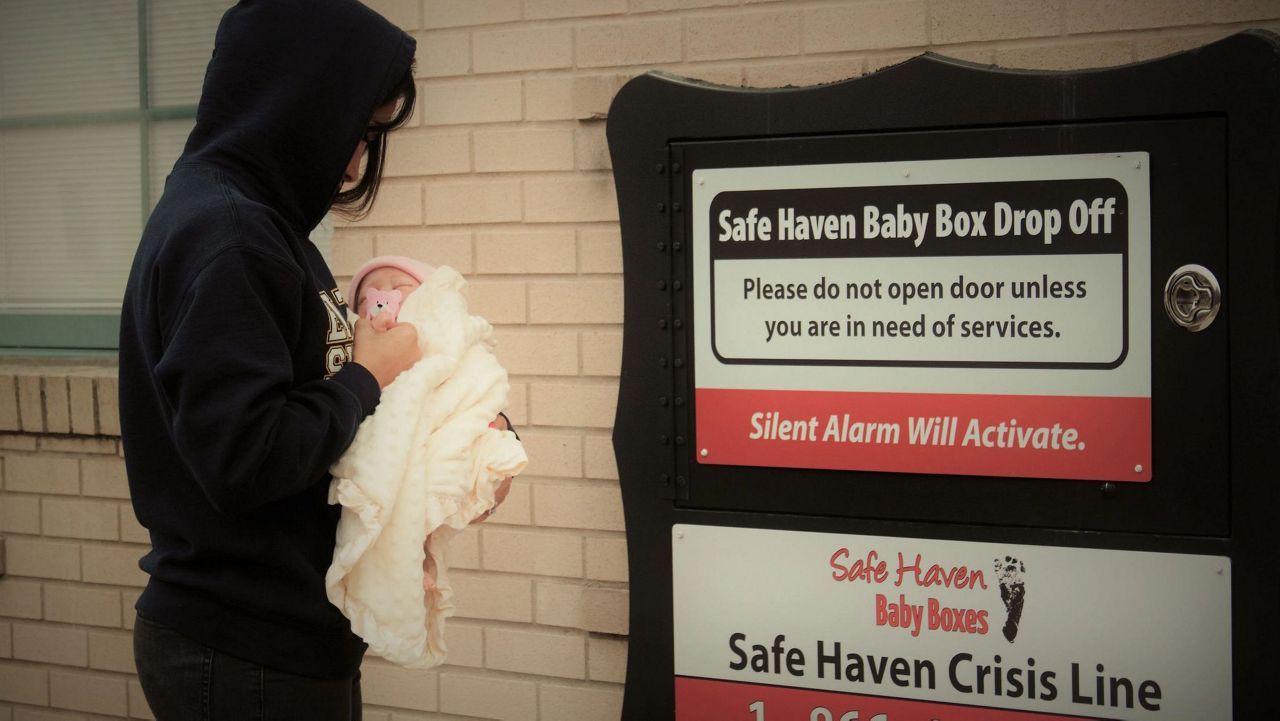 Florida ranks among the highest states when it comes to illegal infant abandonments. A new bill proposed would expand the Florida Safe Haven Law to include baby boxes as a legal option to surrender a baby. (Photo Courtesy of Safe Haven Baby Boxes)

PINELLAS COUNTY, Fla. — Florida ranks among the highest states when it comes to illegal infant abandonments.  Since 2017, 19 babies have been illegally abandoned in the state — putting Florida at number three on the list.

Right now it is legal to surrender a baby to a fire station or hospital, but sometimes, the face-to-face interaction can be a big deterrent, causing mothers to leave their newborns in unsafe places.

A new bill is hoping to change that.  The bill, co-sponsored by Rep. Mike Beltran, would expand the Florida Safe Haven Law to include baby boxes as a legal option to surrender a baby.

What are Safe Haven Baby Boxes? These boxes currently exists in Indiana, Ohio, Arkansas, and Arizona.  They are placed at fire stations and hospitals, and allow the mother or father to safely surrender their child without having to interact with anyone.

The boxes are temperature controlled and trigger a silent alarm when opened so authorities know a baby has been dropped off.

"I believe in reducing abortion and protecting children and so this is a bill that I am excited to sponsor," Beltran said in a statement. If the bill is passed, the boxes will come at no cost to the tax payer and will be fully funded by the Safe Haven Baby Boxes non-profit.

Advocates will meet in Tallahassee this week to further discuss the legislation.