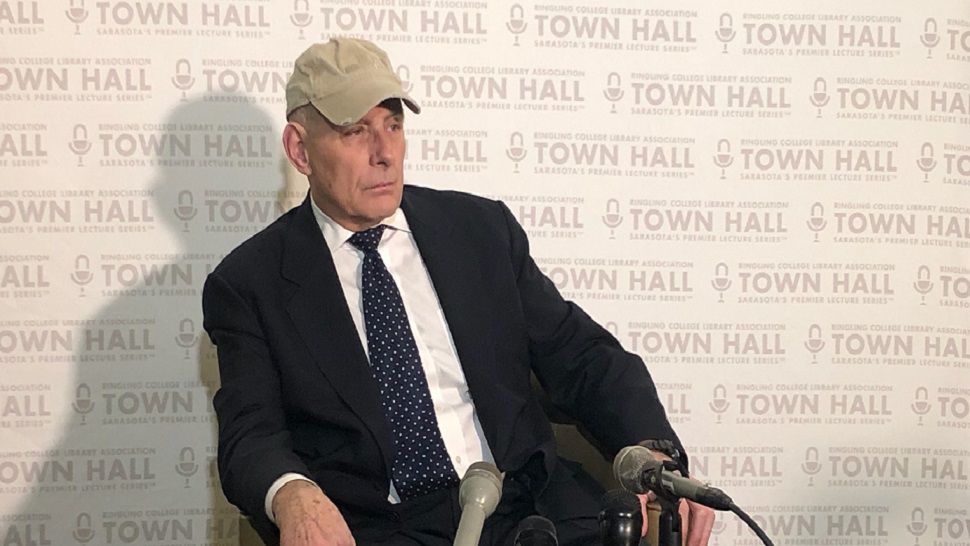 SARASOTA, Fla. — Roughly a year after leaving the White House, where he served as chief of staff for President Donald Trump, retired U.S. Marine Corps Gen. John F. Kelly spoke to a crowded room at the Van Wezel Performing Arts Hall regarding his experiences and the U.S. role in geopolitics.

Before take the stage, he spoke to a select group of reporters and community members regarding his take on the White House since his departure.

Kelly outlined his philosophy during his 19 months working with President Trump. He said it was important that the president had people in his inner circle willing to be straightforward with him.

I caught up with John Kelly, former White House chief of staff. This is what he had to say about President Trump’s inner circle:

“There’s no one there right now that knows how to be chief of staff,” he said. “No one who’s ever done chief of staff work.” ⁦@BN9⁩ pic.twitter.com/UzcF52NaTg

"It is tough to look the President of the United States in the eye and say, 'I think you're wrong but let me bring in the kind of people who could help you understand the issue in a broader way.'" Kelly explained. "They don't seem to be there anymore."

Kelly described President Trump as a ‘hard boss’ and said he helped to put order to the staff during his time working with the president.

"He was hard. He comes from New York City and as I understand it the Trump organization was very flat, which means there weren't very many people in terms of who he could tell to do what,” Kelly said. “He did not have separation of powers like he has in the U.S. Government.”