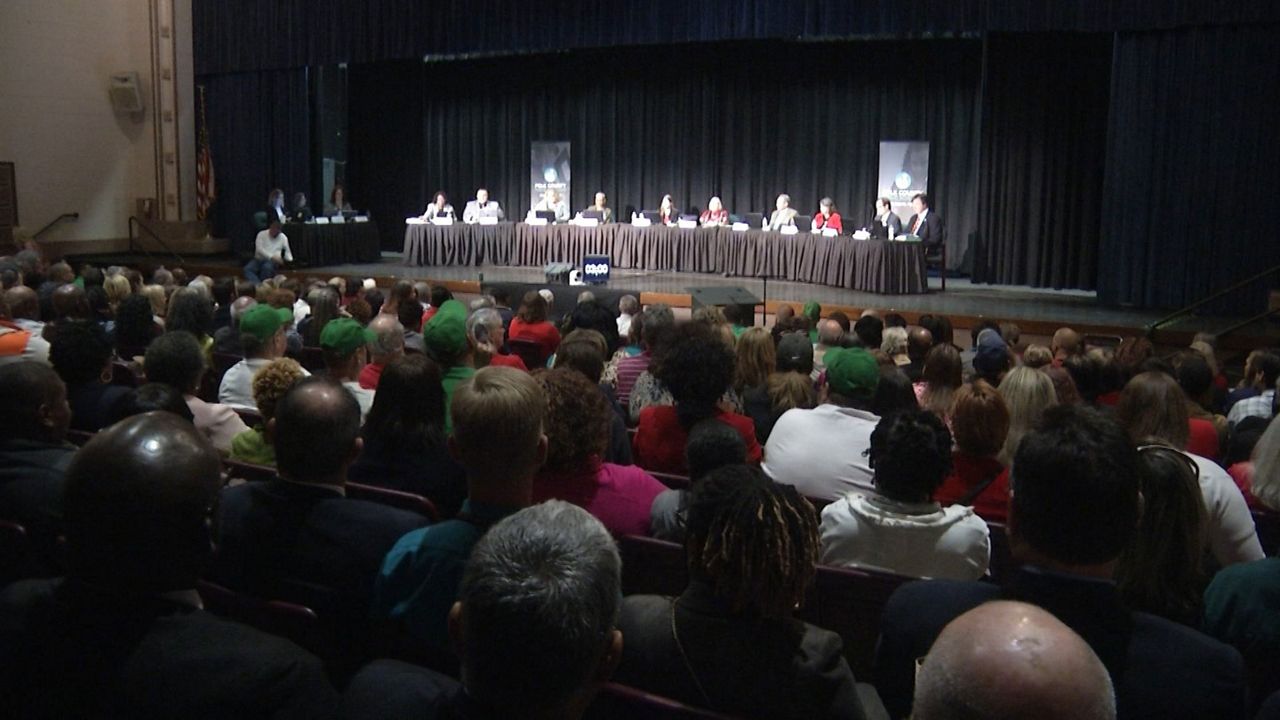 Teachers Sound Off on Pay, Classroom Sizes at Polk Co. School Board Meeting

BARTOW, Fla. — Polk County Superintendent Jacqueline Byrd was on the hot seat Tuesday night after teachers turned out en masse to voice their concerns at the school board meeting.

“Year after year, I watch benefits decrease and workloads increase,” said Lisa Marini-Scherer, a teacher at Lakeland High School. “Instead of paying six percent in the teacher retirement, it's only three. We have to pay the other three.”

Marini-Scherer made those remarks during public comment and was one of about more than a dozen people to do so. Teacher pay, classroom size and lack of prep time were just some of the issues that got educators fired up.

The crowd size was so large that the board meeting was moved from district headquarters to the Bartow High School auditorium.

“Two years ago my teenage daughter told me she wanted to be a teacher and I told her 'no,'” Marini-Scherer continued. “And she asked me why and I told her she wouldn't be able to support herself on a teacher's salary.”

Byrd recently came under fire after sending out an email threatening teachers with termination if they took part in a rally in Tallahassee.  Byrd later apologized for the tone and wording of the email, though she clarified that she was only informing the teachers about the law.

Educators say Tuesday’s meeting was important because Byrd got to hear directly from the teachers.

“I honestly believe that everybody's heart is in the right place,” said Amy Lashkajani. “But sometimes people are so far removed from the classroom that they need to hear the teachers.”

Byrd did have some supporters in the crowd. The current and former Lakeland mayors praised her leadership and community impact.