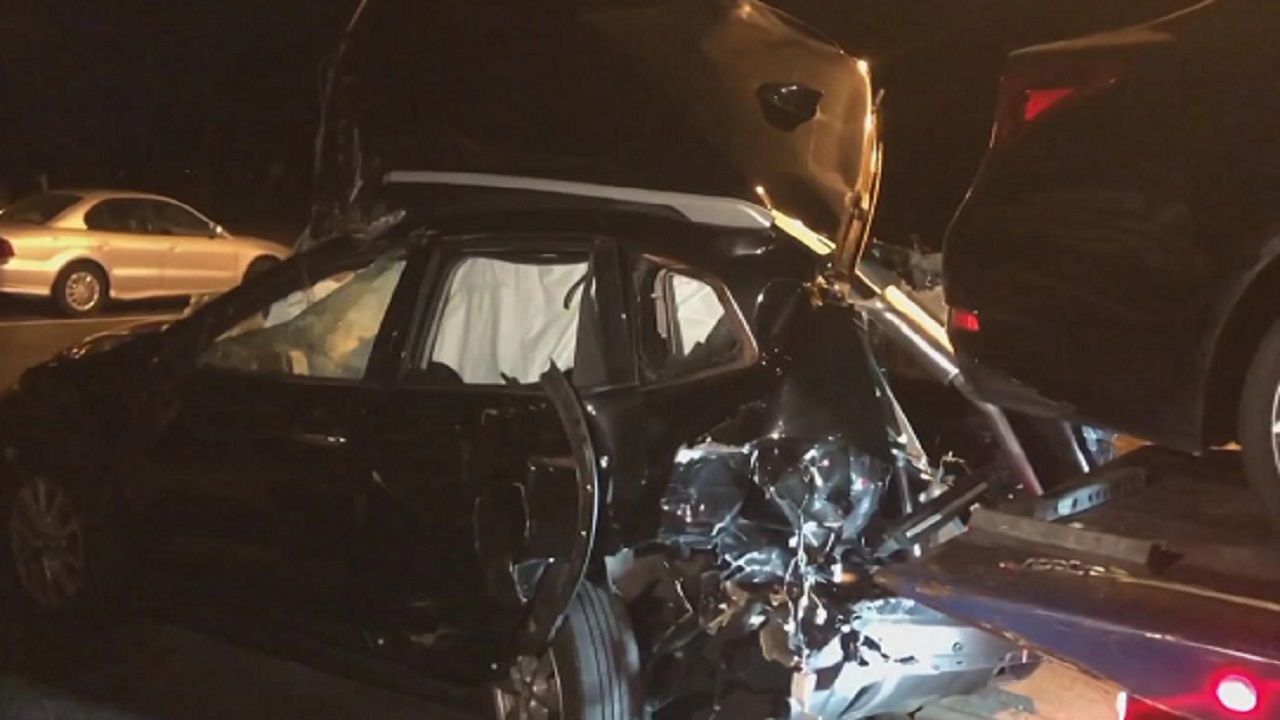 The latest crash happened Wednesday at 7:30 p.m. on Keystone Road and has left two people in the hospital in serious condition. According to the Florida Highway Patrol, the driver that caused the crash ran off but a K9 tracked him down later. He has been arrested. (Spectrum News image)

TARPON SPRINGS, Fla. — The suspected driver in an overnight hit-and-run crash in Tarpon Springs has been apprehended.

The crash happened Wednesday at 7:30 p.m. on Keystone Road near George Street and left two people in the hospital in serious condition. They are expected to recover.

According to the Florida Highway Patrol, the driver accused of causing the crash ran off but a K9 tracked him down later. He has been arrested.

The suspected driver, 43-year-old Christopher Wasman is facing charges of DUI and leaving the scene of a crash with injuries. This crash is just the latest in a string of hit-and-run crashes during the past week.

Last Thursday, a hit-and-run driver left a 14-year-old girl in critical condition after hitting her while she crossed a street.

On Saturday, a driver killed a man who was walking along a road in Zephyrhills and took off.

Later that night, a hit-and-run driver crashed into a vehicle in Palm Harbor, killing a family of three. FHP says while it knows who the car is registered to, investigators are still working to identify who was driving.

FHP numbers indicate the number of hit-and-run crashes across the state are rising.

In 2019, troopers investigated almost 12,000 hit-and-runs in Hillsborough and Pinellas counties, 22 of those were fatal.