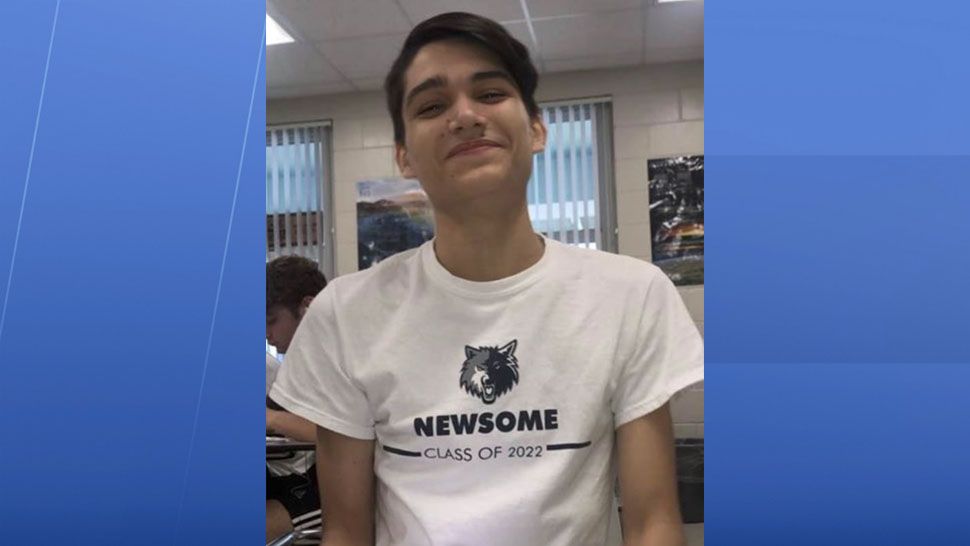 HILLSBOROUGH COUNTY, Fla. — The investigation into a Newsome High School student being shot and killed inside a Tampa Police officer’s home is now in the hands of the State Attorney.

Hillsborough County Sheriff Chad Chronister said in a statement only two of the three eyewitnesses have spoken to detectives, prolonging the investigation. He said now it’s up the state attorney to decide “who will be prosecuted as a result of this tragedy.”

The victim was Bradley Hulett, 15. His family’s attorney, Anthony Rickman, called him a star basketball player and a bright student. His four siblings looked up to him.

His sudden tragic death on December 13 has caused his family immense pain.

Rickman said Hulett was shot in the back of the head while wearing headphones and playing video games in one of his closest friend’s home, whose father is a Tampa police officer.

There were four boys in all inside the home at the time.

Rickman said the Hulett family is leaving it up to the state attorney to determine whether charges should be filed against the shooter and the police officer.

While nothing can bring Hulett back, Rickman said there are lessons to be learned from this tragedy.

The Hillsborough County Sheriff’s Office said they analyzed the crime scene, ballistics, social media, and have reviewed the medical examiner’s report and had discussions with the victim’s family while investigating this case.  Rickman said the Hulett family wanted to thank the sheriff’s office for what they believe has been a thorough investigation.