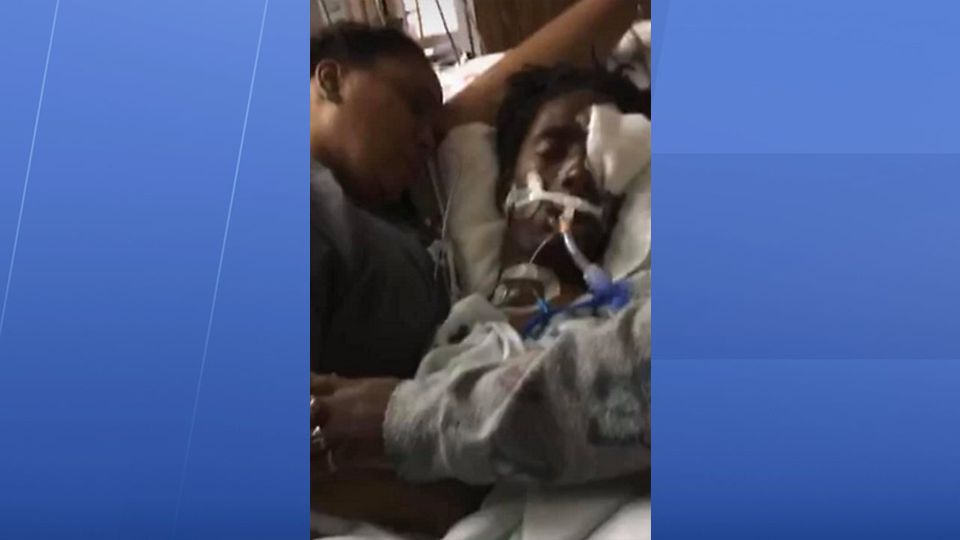 Family members say Ivan Johnson, 17, was taken off life support earlier in the week. Family members are still trying to make sense of a bizarre and confusing incident. (Johnson family)

TAMPA, Fla. — One week after a Tampa teenager was shot in the eye with a BB gun, that teen has died from his injuries.

Family members say Ivan Johnson, 17, was taken off life support earlier in the week. Family members are still trying to make sense of a bizarre and confusing incident.

The incident happened February 1 in the parking lot of the Bank of America at 100 North Westshore Boulevard.

Johnson's mother, Camisha Denny, said her son was in the passenger seat when the adult driver in the car left him and an 8-year-old boy in the vehicle.

According to Tampa Police, the younger boy grabbed a BB gun that was in the back seat of the vehicle. The gun went off, shooting Johnson in the eye.

"They started off saying it was an accident," Denny said. "I think that's more so because the guy said that he was his father and he's not. We don't know the person at all. We saw him for the first time ever on that day."

Police have not commented on the case since the new developments.

Officials said everyone involved was staying at an extended-stay hotel at the time of the incident.

"Never as a grandmother did I expect to bury a grandchild," said Norine Wafford, the teen's grandmother. "Let alone one of my children, but this is my grandbaby."

Family members say the police have turned the case over to the state attorney's office and that the 8-year-old boy and his father have left town and are in Ft. Lauderdale.

This Gofundme.com site is not managed by Spectrum Bay News 9. For more information on how the site works and the rules visit  www.gofundme.com/safety.