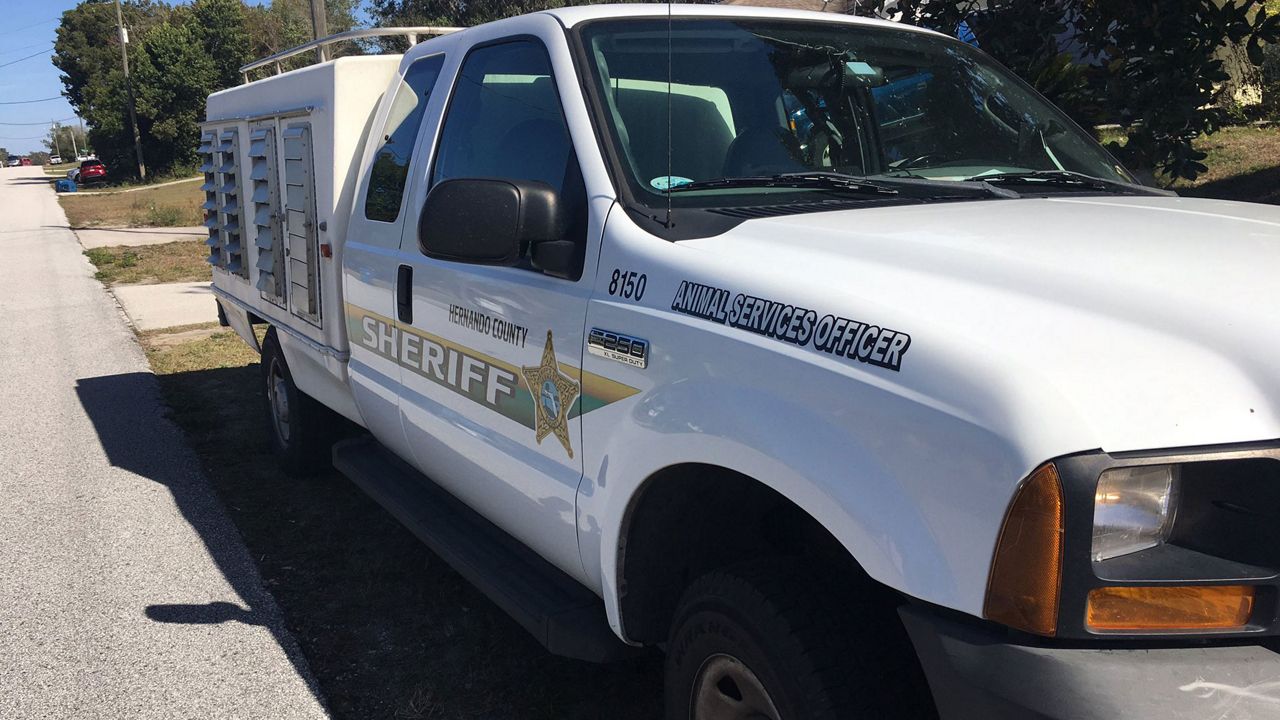 The Hernando County Sheriff's Office has released an update on a woman in her mid-60s who was attacked by a pack of dogs last week. (Sarah Blazonis/Spectrum Bay News 9)

Update: Hernando Dog Attack Victim in Critical Condition; Dogs to be Put Down

HERNANDO COUNTY, Fla. — The Hernando County Sheriff's Office has released an update on a woman in her mid-60s who was attacked by a pack of dogs last week.

Officials say over the weekend the woman, identified by her son-in-law, Ruben Dinis, as Debra Beaulieu, was airlifted from Regional Medical Center Bayonet Point to a Manatee County hospital where she will receive specialized treatment for her wounds. She is listed in critical condition.

"She's not going good at all," said Dinis. "She's going to need countless surgeries to be able to reconstruct her leg and the back of her head."

On Friday, officials said four large dogs got out of a home at 11079 Mayflower Road and attacked a woman walking her dog. Dinis, however, contradicted that account.

According to the report, the dogs initially went after the woman's small dog but turned on the woman after she picked up her dog to protect it.

Officials said the victim's dog was not injured in the attack and is being cared for by a family member.

"These people deserve to be in jail," Dinis said. He added that dogs running loose from the house had been a problem for a long time.

The sheriff's office on Friday did say that Animal Control had responded to the house last year for reports of loose dogs.

The four dogs, plus another large dog at the home, were removed by Animal Enforcement Officers. There were six dogs total that resided at the home. The sixth was a Pomeranian.

The fifth dog, a terrier mix, was confirmed by witnesses to not have been involved in the attack and was released back to the owner. However, officials say it is unknown if the owner retrieved the dog yet.

The dogs involved in the attack were "owner surrendered" to Hernando County Animal Services, with euthanasia forms completed.

The three owners of the dogs involved received Civil Citations for the following:

According to the sheriff's office, had other people not intervened in the attack, the woman would not have survived.

Several neighborhood residents rushed over to try to stop the dog attack, which was still in progress when first responders arrived. Fire rescue personnel helped the residents get the dogs off the woman.

Two of those good Samaritans were also injured and transported to a hospital. A few others incurred minor injuries and refused medical treatment.

One of the residents whose fiance got bitten while trying to stop the attack said it looked like they were eating her alive.

“It’s so tragic," Kathy Gillespie added. "She’s such a sweet woman. She just moved into this neighborhood. I couldn’t imagine making my retirement in a home to have something like this happen.”

“Who knows how long the attack would’ve gone on, and I think it would be extremely fair to say that she probably would have not survived," Sheriff Nienhuis explained. "Because those dogs were that intent on doing that much damage with four or five people trying to get them off, they would not have stopped without intervention.”