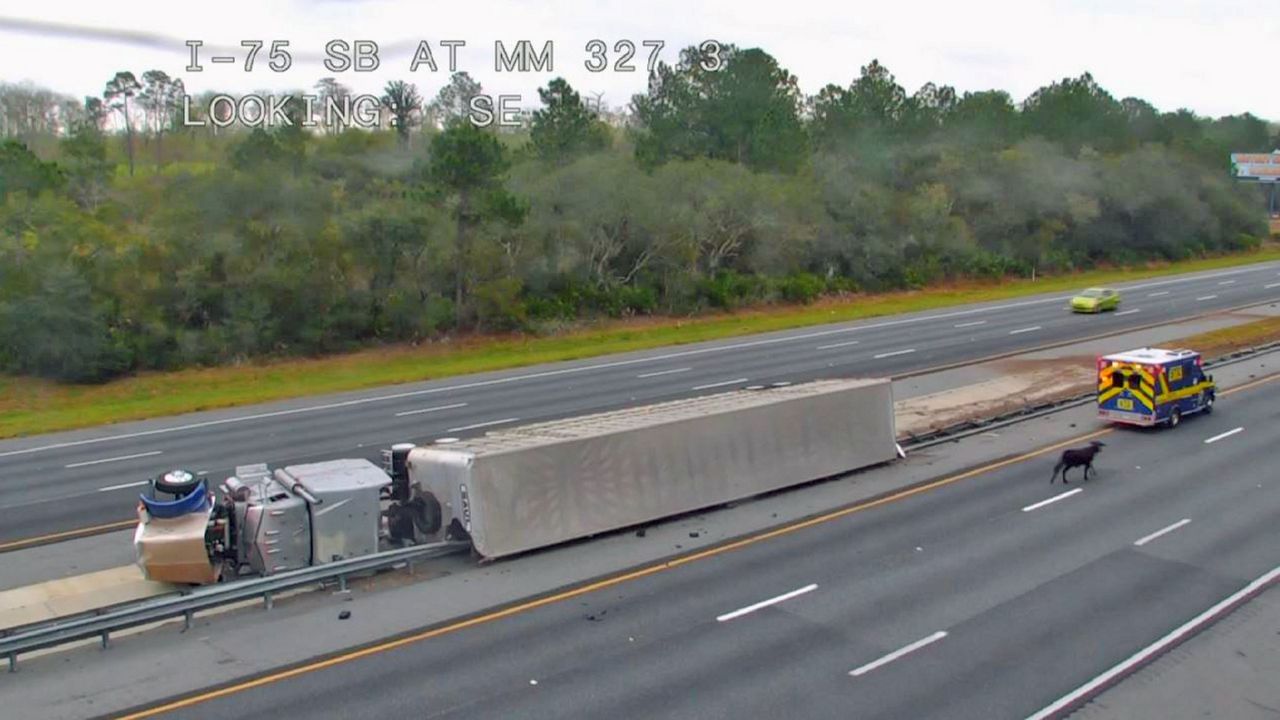 No one knows if this little cow is going to the market, but many of his friends fled on hoof after the semi-tractor trailer that was carrying them crashed on Interstate 75 on Thursday morning. (Florida Department of Transporation)

Cattle Roam Onto I-75 After Semi Hauling 83 Bovines Crashes

The semi-tractor trailer carrying the cows crashed on I-75 just before 8:30 a.m. just south of Florida's Turnpike when the driver fell asleep at the wheel, drifted toward the median, and struck a guardrail, Florida Highway Patrol troopers said.

The semi was hauling 83 cows, FHP said. Some scattered across the lanes after the crash, causing the interstate to be shut down in both directions while authorities rounded up the freed animals.

All lanes reopened at 4 p.m.

The 59-year-old driver of the semi, who troopers say is from Plant City, was wearing a seat belt and not hurt. He was cited for careless driving. Unfortunately, the crash killed 19 cows, troopers said.

HEE-HAW! Law enforcement is having a hard time roping up this cow as he fled on hoof.

Get the latest on the I-75 crash here: https://t.co/wGRcfA8XEM pic.twitter.com/fdweJbI5wN