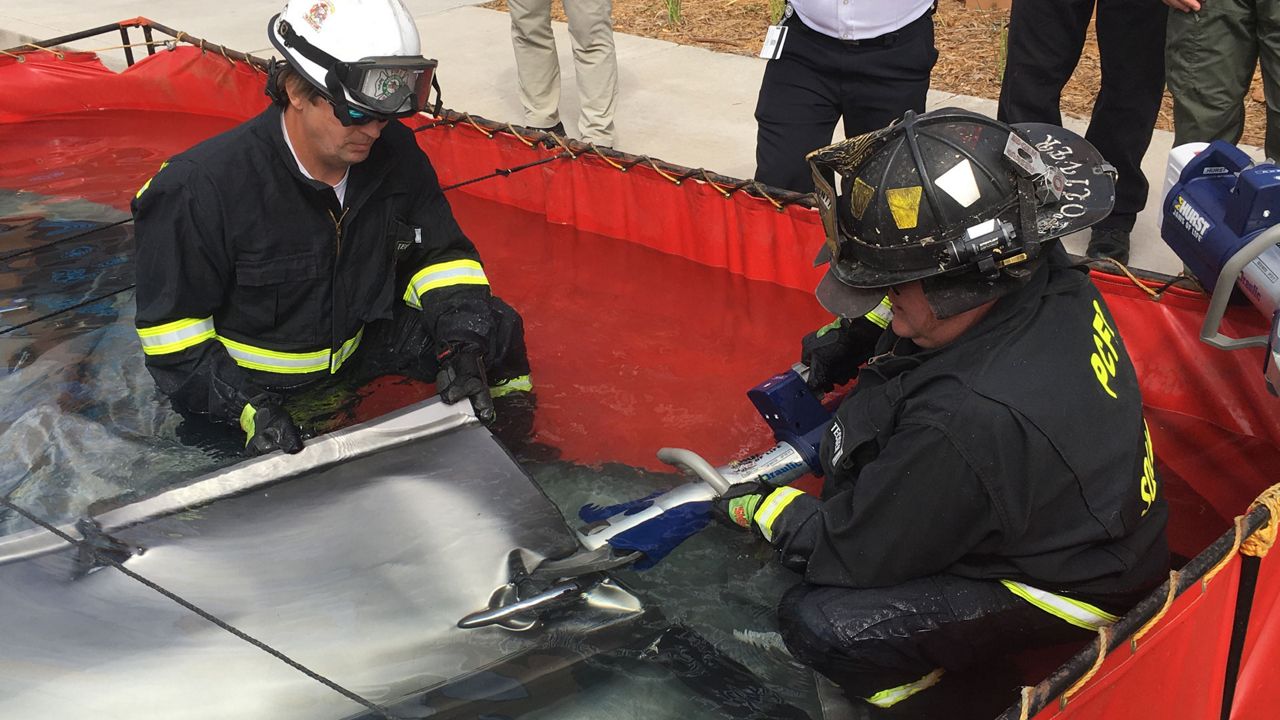 "This is the first of its kind. This is a very interesting technology advancement," said Tom Winkler, a rescue tool specialist with Municipal Emergency Services.

Winkler said what sets it apart is that it's the first battery-operated extrication tool to be fully waterproof. It's also portable.

"No longer do we have gas-powered equipment. No more is it connected by lines," said Winkler.

"I saw that tool being utilized, and I was like, 'Ooh, I've got to have this," Lingo said. "The tool won't shut down, unlike some of the static lines. They'll shut down underwater, and they won't function very well."

Lingo said he applied for the Firehouse Subs grant multiple times before finally being awarded $31,700. The foundation has awarded more than $48 million to departments across the country, but this is the first time it has awarded a grant for the purchase of this new equipment.

"With all the water in the area and being able to provide the first responders with the tools that they need in case there's an emergency, to be able to respond to those water rescues appropriately, we're thrilled to be a part of that," said Nancy Palmer with the Firehouse Subs Public Safety Foundation.

"I think it's amazing. It's going to be a great asset for us. We routinely run on car accidents, and sometimes they are in water. There's definitely a need for them," Capt. Cary Epperson with Squad 1 said of the gear. "Come hurricane season, we got some rivers, we got ditches everywhere. Three feet of water, we can't use our other tools. It's going to make it possible for us now to actually operate underwater and, perhaps, save a life or two."

According to Pasco Fire Rescue, it's the first department in the Southeast U.S. to acquire this equipment.