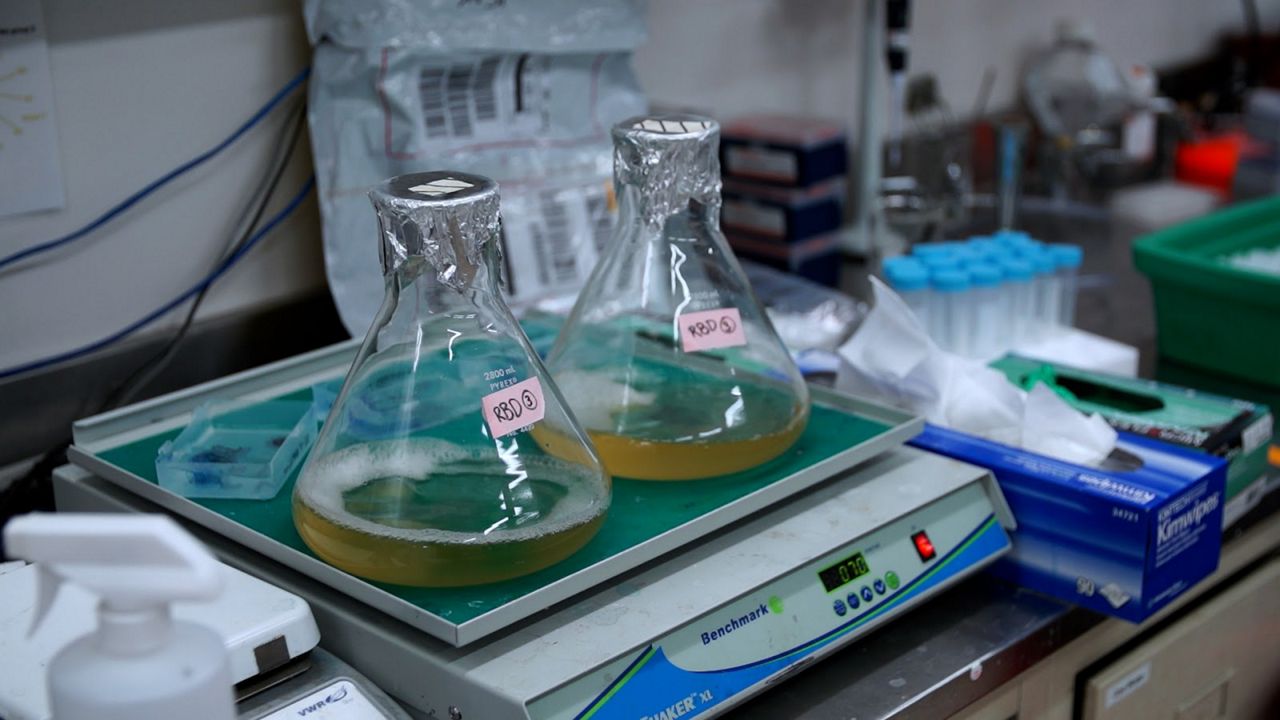 What We Know About the Coronavirus

As reported cases of community spread continue to rise across the U.S., so are concerns. National Health Reporter Erin Billups has more from experts about what is known about COVID-19.

For information on how hospitals have been preparing for the outbreak, see our previous Coronavirus story:

As case numbers from countries like China, Korea, and Italy started to increase rapidly, labs like Microbiologist Florian Krammer’s lab at New York’s Mount Sinai Hospital, which normally focuses on influenza, are now also helping in the response to the coronavirus.

“When we saw that these cases really go up very, very quickly, I mean, the alarm bells ring,”  said Krammer. The World Health Organization found that 80 percent of the COVID-19 cases in China were mild, like the common cold, with symptoms such as a fever, cough, and difficulty breathing. However, Krammer says it is not something to underestimate, “It's actually a significant amount of people who develop severe disease. And currently the estimates for the case fatality rates are between 1 and 2 percent.” To put it in perspective, the CDC says the fatality rate for influenza this season is below 0.1 percent, and already at least 18,000 Americans have died.

COVID-19 is not spreading widely in the United States, but it has the potential to, and much faster than the flu. But like Influenza, COVID-19 spreads through close contact,  when droplets are released from the coughs and sneezes of an infected person. In addition to close contact, there are concerns that the virus might also be spreading through stool and blood, and is incubating longer than the 14 days the CDC recommends for quarantine. But unlike the flu, it doesn’t appear to be infecting children, who make up just over 2 percent of all the cases. Microbiologist Krammer proposes, “Maybe the virus just doesn't manage to hide for a long time in children and their immune system detects quickly and eliminates it. But in older people, you know, the infection lingers on and then at some point it gets worse.” Those at greatest risk are the elderly — 22 percent of those 80 years and older infected in China have died.

The World Health Organization also found a much higher fatality rate among men, when compared to women – 4.7 versus 2.8 percent.

While the numbers are grim, health officials believe the U.S. is well positioned to fight the threat. Director of National Institutes AID, Dr. Anthony Fauci, recognizes, “When you have a situation where you have one region or country in which essentially all the cases are having a travel ban from that country, that can buy you a few weeks to a month or more to prepare better. And that's exactly with the travel ban to China did." Scientists are working hard to prevent it from becoming a devastating seasonal threat. He predicts a vaccine will be available within the next 18 months. “We're gonna be testing a vaccine in humans within two months, which would make it the fastest we've ever gone from understanding and knowing what the sequence is to getting it into a human trial.” For now, health experts say it’s important to stay informed, wash your hands, and stay home when you’re sick.