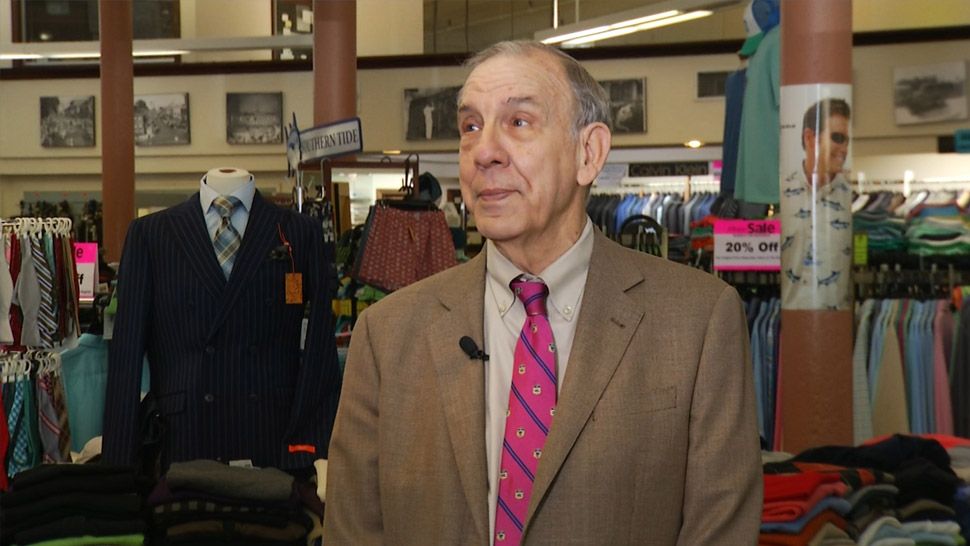 One of Lakeland’s oldest businesses is preparing to close. Nathan’s Men’s Store has been a downtown landmark for 78 years. (Rick Elmhorst/Spectrum Bay News 9)

LAKELAND, Fla. — One of Lakeland’s oldest businesses is preparing to close. Nathan’s Men’s Store has been a downtown landmark for 78 years.

Harris Estroff, 77, said it was the right time to close the store that was started by his father Nathan Estroff.

“He was a crackerjack salesman, always, and I could never match him,” Estroff said about his father who worked at the store until he was 87-years-old.

Harris recalled how there used to be many men’s stores in downtown over the years but then as large department stores moved into town, the other men’s stores closed.

Seventy nine-year-old businessman Hugh Turbeville has been customer of Nathan’s since he was 13-years-old. He said the store had the best selection in town.

“Because he had more of everything than anyone I knew of. I could always go in and find something that fit my fancy,” he said.

Many Lakeland residents have fond memories of buying their Boy Scout uniforms at the store. Nathan was a Boy Scout and there is a picture of him with his Boy Scout troop hanging in a Boy Scouts section of the store.

Estroff said he was ready to retire and he would not only miss the store but the people who have worked there with him over the decades.

Estroff will also miss the daily interaction with customers. “To me it’s an exciting adventure. Every day is different. You never have two customers that are exactly alike,” he said.

The store closed for a few days to prepare for it's final sale. It is set to reopen Thursday.