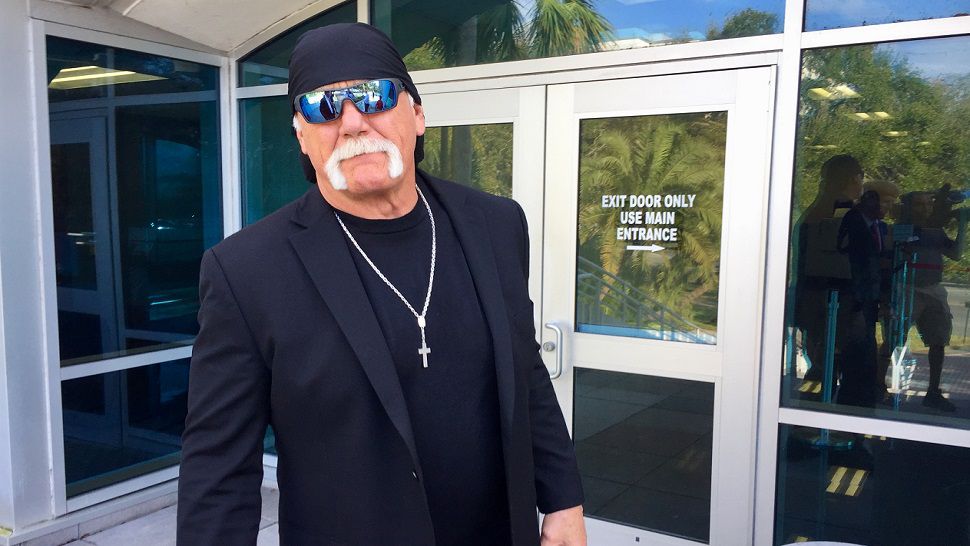 (file) Hulk Hogan, a.k.a. Terry Bollea, outside the civil courthouse in St. Petersburg in January 2019.

PINELLAS COUNTY, Fla. — A confidential settlement was reached on Thursday in Hulk Hogan’s $110 million lawsuit against Cox Radio, DJs Mike “Cowhead” Calta, Matt “Spiceboy” Loyd and a few other defendants who’re accused of conspiring to leak a sex video, according to court records.

The former professional wrestler, whose real name is Terry Bollea, 66, claimed in the lawsuit that he was a victim of “radio wars” between Calta and Bubba Clem. Calta’s accused of using his agent to anonymously leak a video to Gawker that showed Hogan having sex with Clem’s wife, Heather, back in September 2012.

Loyd worked for Clem before getting his own show on 102.5 “The Bone” WHPT and according to Tampa Police admitted to stealing DVDs from Bubba’s new studio, making copies and leaking some of the contents to other media outlets.

The sex video also began circulating at the Cox Radio studios in early 2012, according to the lawsuit. Calta, Loyd and Clem have all worked for Cox Radio.

Clem’s contract with Cox Radio was not renewed in September 2014. Calta is the 102.5's current morning show host.

The most damaging leak was to the National Enquirer in 2015, which published a story about Hogan using the “N” word on the sex video. All of Hogan’s business contacts were terminated and he immediately apologized.

In March 2016, a Pinellas County jury found that Gawker invaded Hogan’s privacy when they published the sex video and ordered the tabloid website to pay $141 million in damages. Gawker went bankrupt and settled with Hogan for $31 million.

The remainder of the balance, $110 million, was the amount Hogan was seeking from Cox Radio and the other defendants. All of the defendants denied the allegations and fought Hogan in court for nearly four years before quietly settling this week.

According to court records filed on Thursday, Loyd, his wife Tasha Carrega, and attorney Keith Davidson signed a stipulated permanent injunction that states they will not leak or possess the sex video.

Cox Radio, which is owned by parent company Cox Media Group, and Hogan did not return our request for a response to the settlement. The jury trial was scheduled to begin in January 2021.