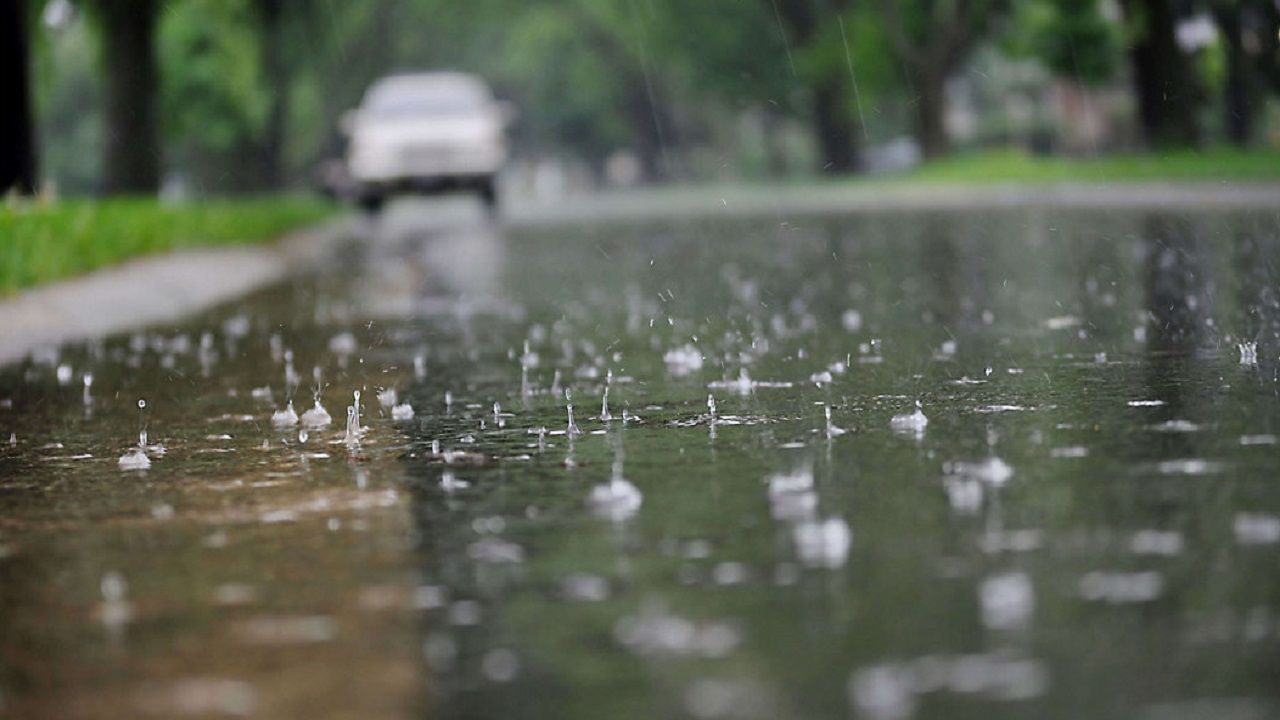 Florida is no stranger to rain and during the summer months, Florida receives more rain on average than any other state. (Spectrum News file photo)

Are Raindrops The Same Size?

Florida is no stranger to rain and during the summer months, Florida receives more rain on average than any other state. This is known as Florida’s rainy season and daily thunderstorms happen like clockwork each day. Hawaii is the rainiest state in the United States but Hawaii receives most of its rain during the winter months. During the summer, Florida receives copious amounts of rain from a combination of daily thunderstorms and tropical cyclones.

What creates a raindrop?

In order to have rain, you have to have a cloud. The creation of a raindrop goes back to the fundamentals within the water cycle. Water vapor in the atmosphere cools and condenses on a particle, such a dirt, dust or soot. This creates a cloud and when the cloud becomes saturated (full of moistures), water is released as raindrops.

Here’s a science word for you: Hydrometeor. Think of this word as two parts: Hydro and Meteor. The term hydro means water and the term meteor relates to atmospheric phenomenon. Hydrometeor is any water or ice particle that formed in the atmosphere, such as cloud droplets, rain, snow, hail, dew, or fog. Therefore a raindrop is also considered a hydrometeor.

What is the difference between a cloud droplet and a raindrop?

A cloud droplet is extremely tiny. It is typically between 0.0001 and 0.005 centimeters in diameter. These droplets are too light to fall out of the sky. When these droplets become bigger and heavy enough, they will fall out of the sky as rain. As these cloud droplets collide into each other, they get bigger. Think of it as rolling a snowball around in the yard. When the droplet reaches a size of 0.5mm in diameter or bigger, we can call it a raindrop.

What affects the size of raindrops?

A variety of factors influence the size of raindrops as it falls from the cloud. Turbulence and wind is a big factor when it comes to raindrop sizes. A turbulent atmosphere means raindrops are blowing around and colliding with other raindrops. When two raindrops crash into each other, it creates a bigger raindrop. Therefore you tend to notice bigger raindrops during a thunderstorms when there is a lot more turbulence in the atmosphere. Towering storm clouds tend to toss raindrops around like there are inside a washing machine and spit it out as hail or bigger water droplets.

While we know raindrops can be different sizes it takes a good scientist to prove it. Let’s do so in our next experiment!

Purpose: To determine if raindrops are the same size

1.       Wait for the next rainy day (be sure there is no thunder and lightning. Safety first)

2.       Take the empty baking sheet and pour flour onto it, creating an even layer

5.       Once dry, use the strainer to separate the dried raindrops from the flour

Results: Raindrops are small and they vary in size.

Conclusion: Dozens of raindrops were collected and preserved using the flour. Visually, the raindrops appeared to be rather small but noticeably different when it came to droplet sizes. Using the ruler, exact measurements determined that raindrops did have different sizes but there was not a big variety in sizes. This is believed to be due to a lack of turbulence in the atmosphere. This sample was taken during a rain shower. There was no thunder present. Therefore, there was less wind and turbulence to toss the raindrops around, allowing them to grow in size. This experiment proves that not all raindrops are the same size.