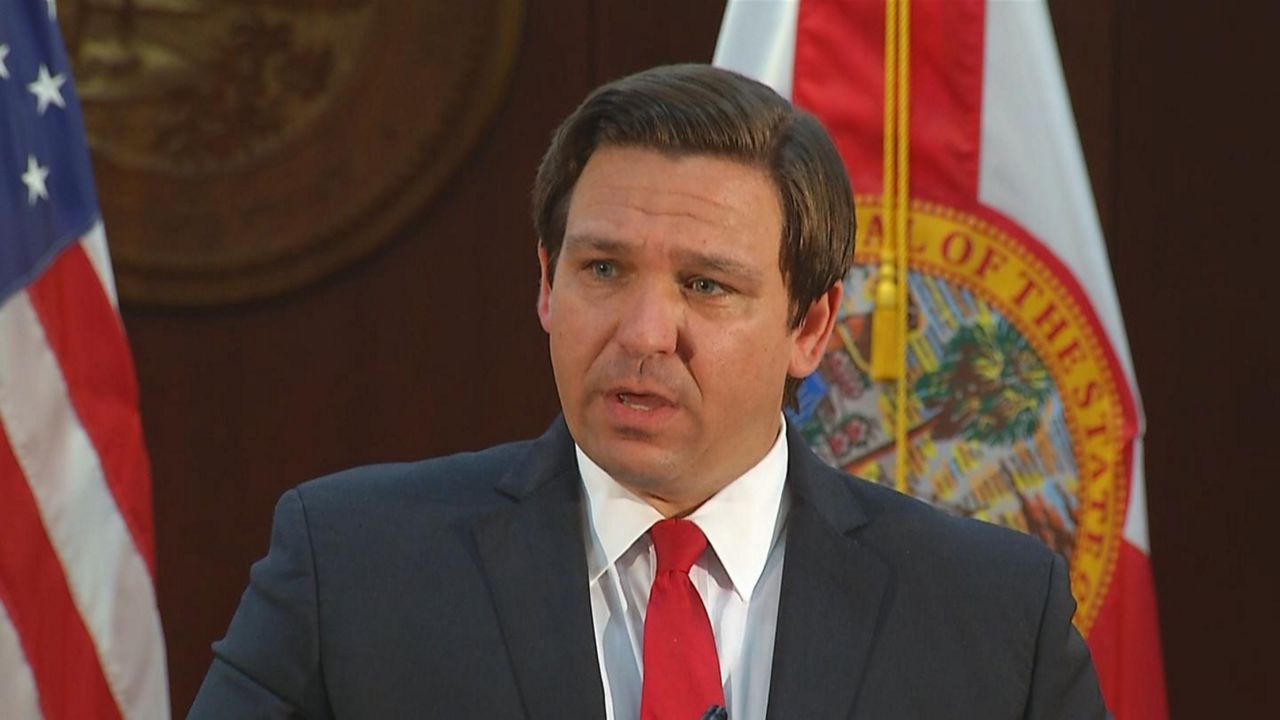 ORLANDO, Fla. – Gov. Ron DeSantis dismissed claims Friday that thousands of Florida families who filed for unemployment benefits in March are still waiting for their claims to be paid.

“Who’s been waiting?” the Governor asked when pressed on the issue during a Friday press conference, before appearing to shift blame to applicants.

“I can tell you that DEO goes through this and 9 times out of 10 the application is incomplete. If you’ve complied in that time period and your application is complete and you qualify, I think 99.99% of those folks have been paid.”

Whose been waiting?!@GovRonDeSantis pushing back on the notion that THOUSANDS of Florida families are STILL WAITING (since March) for unemployment benefits.

Countless Floridians have spent the better part of the past two months trying to draw attention to the state’s unemployment system that appears to be riddled with glitches and errors, blocking them at times from fully completing applications.

In defending the state’s response to the unemployment crisis, the Governor said Florida Department of Economic Opportunity is close to distributing $2 billion in federal and state benefits, but admitted there is a lot of work still to be done.

Florida Department of Economic Opportunity itself said in a statement to Spectrum News that it is continuing to process and pay claims as quick as it can.

The agency’s statement was in response to a Spectrum News story featuring insight from a dozen call center agents describing the chaos and confusion on the inside.

Agents provided Spectrum News with a rundown of troubles seen from the inside, including:

Agents say they are told to strictly stick to a script provided by DEO, instructing them how to answer various questions. Frustrations on the inside single out DEO for not giving them the answers or resources to solve problems for applicants.

Agents say they were also prohibited from telling callers about “glitches” or bypassing the “grey button” problem.

“Serving Floridians during this unprecedented economic and public health crisis continues to be the number one priority of DEO,” the agency said in a statement to Spectrum News. (Full statement can be viewed at the bottom).

The agency maintains it is providing proper training to the more than 6,000 representatives hired since March. They have been tasked with dealing with more than 15 million phone calls received since March 15.

Multiple agents describe one "glitch" as the "grey button" problem.

They say coding blocked applications from being submitted. They found a fix. But, they say, they were threatened to be fired if they did this.@MyNews13 @BN9 pic.twitter.com/DEbL4v3n7b

DEO also admitted in their statement that they directed three contracted call center providers to lay off an unknown number of out-of-state call representatives because they were not Florida-based.

“I don’t even think they talk to one another,” Florida State Senator Linda Stewart (D-Orlando) said Friday. “I mean, it’s a zoo up there.”

Stewart met for an hour this week in Tallahassee with Department of Management Services Secretary Jonathan Satter, who the governor appointed last month to oversee DEO’s problem-plagued unemployment system.

“The most striking point he made was that he couldn’t fix the system that exists,” Stewart said.

The senator was not shy about her conversation, nor impressed with the pacing the agency is moving to address a myriad of problems, many of which she said she believes are being created by the agency itself.

“I think they could issue these checks must faster,” Stewart said. “It’s more of an agency thing where they insist a person has to review the application because of fraud, which I doubt exists very much.”

Sen. Stewart pushed back on Gov. DeSantis’ recent claims that they were dealing with fraudulent applications being filed from people outside of the state and outside of the country.

“I think they just came up with these parameters and said this is what we’ll need before we pay the money,” Stewart said.

There were some promises made, however.

Stewart said Secretary Satter confirmed that DEO staff is reviewing one-by-one the more than 300,000 applications that many say were wrongly deemed “ineligible.”

Many have reached out to Spectrum News saying they were deemed ineligible without any reason given, while others criticized the reason they were given.

Examples include long-time employees of resorts and hotels who were told by DEO that they did not have a long enough work history in Florida, while others were told they were ineligible for failing to meet the work search requirement; a requirement the Governor waived in March and remains waived until May 30, 2020.

Stewart said DEO is committing to reviewing each application, but that will take approximately 40 minutes per application. It is further compounding the issue as families have long run out of time and DEO still does not have a full staff.

PREVIEW: Florida State Senator @LindaStewartFL is not shy about the problems and promises she discussed with DMS Secretary Jonathan Satter who is now overseeing @FLDEO's unemployment system. @MyNews13 @BN9 pic.twitter.com/joZCbqdGOm

Stewart and other law makers say DEO has turned down repeated offers for lawmakers and their legislative staffs to help process applications.

“It’s going to take a long time to get these things resolved,” Stewart said.

The senator also revealed an update to the agency’s payment policies, according to the conversation she had with Satter.

Many have criticized DEO for distributing sporadic state and federal payments without any explanation what amount is being paid. Satter reportedly told the senator that in the coming days the agency will be providing state and federal benefits in single deposits, instead of separately.

There remains significant problems, the senator said, that need immediately fixes. Long term many lawmakers are anticipating Florida’s unemployment system to be a marque issue during the 2021 Legislative Session.

“When we go back into session, we’re going to be looking at the $275 per week, one of the lowest rates in the nation,” Senator Stewart said. “I’m already asking the Governor to extend the unemployment weeks to at least what the federal time is because our people are going to be out of work for a very long time.”

DEO’s strategy was to the hit the ground running, so DEO immediately began training these individuals on the top issues that were preventing Floridians from completing their applications, such as PIN resets and Frequently Asked Questions, to ensure they could serve Floridians quickly. This enabled our seasoned DEO employees to prioritize claim specific questions and allow our third party contact center providers time to learn the system which ensured Floridians got paid, quickly. This week, 200 of those new contracted team members received and completed the full training and can now provide full claim-specific help to Floridians.

DEO provides answers to frequently asked questions and answers to all of the call center representatives to ensure they have an understanding of reemployment assistance benefits, and the knowledge they need to assist Floridians. DEO has utilized a phased training approach to make trained call center representatives available to respond to the high-volume requests as quickly as possible.

Serving Floridians during this unprecedented economic and public health crisis continues to be the number one priority of DEO."