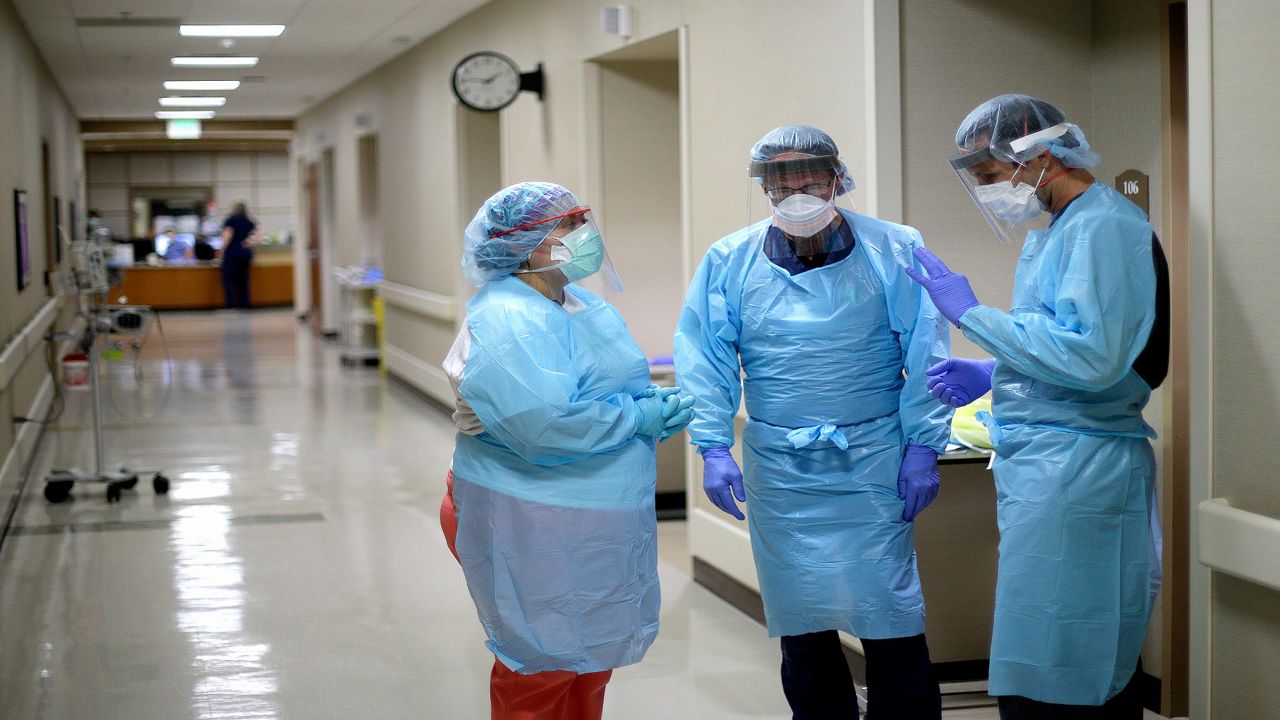 Florida is one of several states that have seen cases spike since reopening. That's why officials with the CDC on Friday said states may need to consider bringing back some restrictions as cases reopen. (File photo)

ORLANDO, Fla. — As coronavirus cases rise in Florida, questions mount over the reasons.

New cases in Florida have stayed above the 1,000 mark daily since June 2.  Then on Friday they spiked, with 2,372 new cases, according to the Florida Dept. of Health. However, on Sunday, the department issued a verified number of cases for Friday: 2,340.

The percentage of people in Florida who have tested positive for the virus has also risen.

The total number of coronavirus cases in Florida surpassed 75,000, according to numbers released Sunday.

Here is a breakdown of those numbers:

Gov. Ron DeSantis said Friday that a spike in cases this past week was caused by increased testing.

Some health officials say reopening is a factor, though.

Florida is one of several states that have seen cases spike since reopening. That's why officials with the CDC on Friday said states may need to consider bringing back some restrictions as cases reopen.

There are no plans to do that in Florida right now.

Dr. Anthony Fauci with the coronavirus task force says it's up to states to follow federal guidelines for reopening, and to isolate the virus.

"I'm not so sure we could say it's stalled, but we're seeing right now is something obviously that's disturbing,” Fauci said. “We all do want to reopen the country for a number of important reasons but we've got to do that in a way that's careful and prudent."

Daniella Sullivan, an administrator of health services for Orange County, says she’s seeing a definite increase in the amount of people coming to get tested for COVID-19.

“Most of the appointments were made (Sunday) night, meaning that the people sense some sort of urgency in terms of the need to get tested or the importance of getting tested, and definitely we’re seeing a higher volume than we did last week,” Sullivan said.

On Sunday in Orange County, nearly 6% of tests that came back from the lab were positive for the coronavirus. That’s still a relatively low percentage, but that percentage is up from June 3 when just over 1% of tests came back positive.

Health experts say they expected some sort of spike after the state began reopening. But Sullivan says people are relaxing too much on social distancing guidelines still in place.

Some Florida businesses have been forced to close because of exposure to coronavirus since reopening or expanding capacity.

In Pinellas County, for instance, St. Petersburg bars The Galley, Park & Rec DTSP, and Avenue Eat + Drink, all announced Friday that they would close after employees tested positive for the illness. The three businesses are all within a few blocks of each other.

In Tarpon Springs, Rusty Bellies Waterfront Grille announced on its Facebook page that it would be closed until Tuesday because of COVID-19 exposure. The business didn’t offer further details.

Over in Central Florida, Kiwi’s Pub in Altamonte Springs said it would close after six people who had been inside Kiwi’s in the last week had been infected. The business did not give a timetable for when it would reopen, except that it would when they felt it was safe.

“I urge anybody with ANY kind of unusual symptoms to keep their distance from others until they have been cleared by medical professionals or quarantined for 14 days,” said owner Richard Culmer, who also asked customers who have symptoms or test positive to let him know privately.

The CDC issued new guidance last week for individuals both daily life and also for large gatherings. The main guidelines remain the same though: social distancing, regularly washing hands, and wearing masks when you’re in a public place.

“If your child has certain health conditions that put them at a higher risk for poor outcomes from coronavirus, or your child is not able to follow washing their hands and sanitizing, and all of those precautions that we know work to prevent the spread of this infection, then you may need to rethink it's not time for you to get back out there yet,” said Jones with Edgewater Pediatrics.

And while adults are recommended to wear masks when out in public, Jones said they’re not recommended for kids under the age of two years old because it can be hard for them not to touch the mask and their face, and the mask itself could impact the child's breathing.