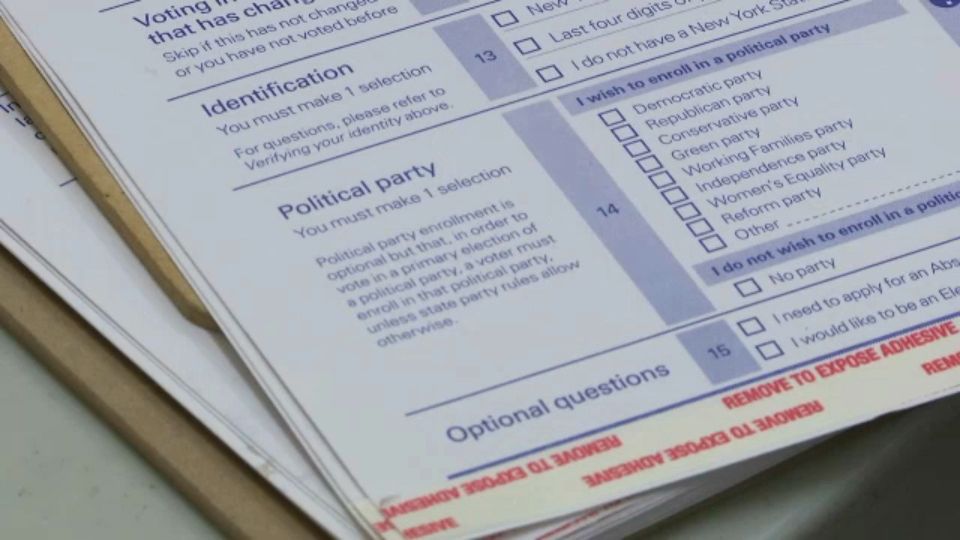 Florida Among Group of States Seeing Decline in Voter Registration

FLORIDA — The Southern Poverty Law Center announced Tuesday it is investing up to $30 million in voter outreach organizations in Florida and four other Southern states to increase voter registration among people of color “with a lower propensity to vote.”

The news comes as Florida and a host of other states are experiencing a major decline in new voter registration numbers compared to this time in 2016.


The Center for Election Innovation and Research posted a report last week that found the decline can be attributed to social distancing and closures related to the COVID-19 pandemic. That includes shutting down Department of Motor Vehicle offices, limited in-person events, and an outright halt to large public gatherings that traditionally gather new registrants.

David Becker, the group’s executive director, says that social distancing protocols have made it extremely difficult for third-party groups to do the traditional ways of registering people at places like college campuses and shopping malls.

“And another way is that people get registered at the Department of Motor Vehicles, when they just move into a new state or they change their address, or when they come of age,” he says. “And we’re seeing steep declines in both of those activities, obviously because of the pandemic.”

The Democratic and Republican parties in Florida are dealing with registering voters under a pandemic by going digital.

Rosy Gonzalez Speers was recently named as a senior adviser for down ballot elections for the Florida Democratic Party. She says that she began working on a digital voter registration program last fall and that’s what most organizations are doing now to sign up new voters.

“There’s certainly been a drop in the numbers,” she said last Friday. “The re-dedication to voter registration is now taking place now that everything is kind of opening back up.”

Christian Ziegler, the vice-chair of the Republican Party of Florida, says his organization pivoted immediately once society began shutting down due to the coronavirus in mid-March.

“The moment (COVID) hit, within 24 hours we turned the entire campaign and made it a 'digital first' campaign," he explained. "We got on the phone, we made the calls, we had the digital ads going out there, sucking up the data. Contacting people.”

Always on message, Ziegler calls the transition to a digital-first strategy a “natural progression,” referencing the fact that Brad Parscale, the Trump campaign’s national campaign manager, hails from a digital background and served as the digital director of Trump’s 2016 campaign.

“The Trump campaign’s been built for this and we took advantage of it during COVID, and we’re in a much better spot than the Democratic Party at this point,” Ziegler said.

Speers, however, says the FDP has already invested significant resources to vote-by-mail and expanding the geographic map over the past year.

“We’re in June now, and so the party is doing a great job of a real ‘chase program’ for vote-by-mail.”

ERIC registration may make a difference

The 2018 midterm elections saw massive voter turnout, and Becker with the Center for Election Innovation and Research says the registration numbers in places like Florida showed that new registrations were up 50,000 in January and February.

But it began going south in mid-March. April was the worst month this year for new registrations compared to 2016.

The big variable remains the novel coronavirus. Infections are up in Florida, and not just due to increased testing.

One advantage that Florida has is that it recently joined the Electronic Registration Information Center (ERIC) over the past year. Becker says that ERIC states like Florida will be contacting millions of eligible but not yet registered citizens later this year, encouraging them to register. He estimates that about five million people in Florida will be contacted in early September.

“Hopefully, that will have a major impact to try to fill that deficit we’re seeing right now with new voter registration activity,” he says.