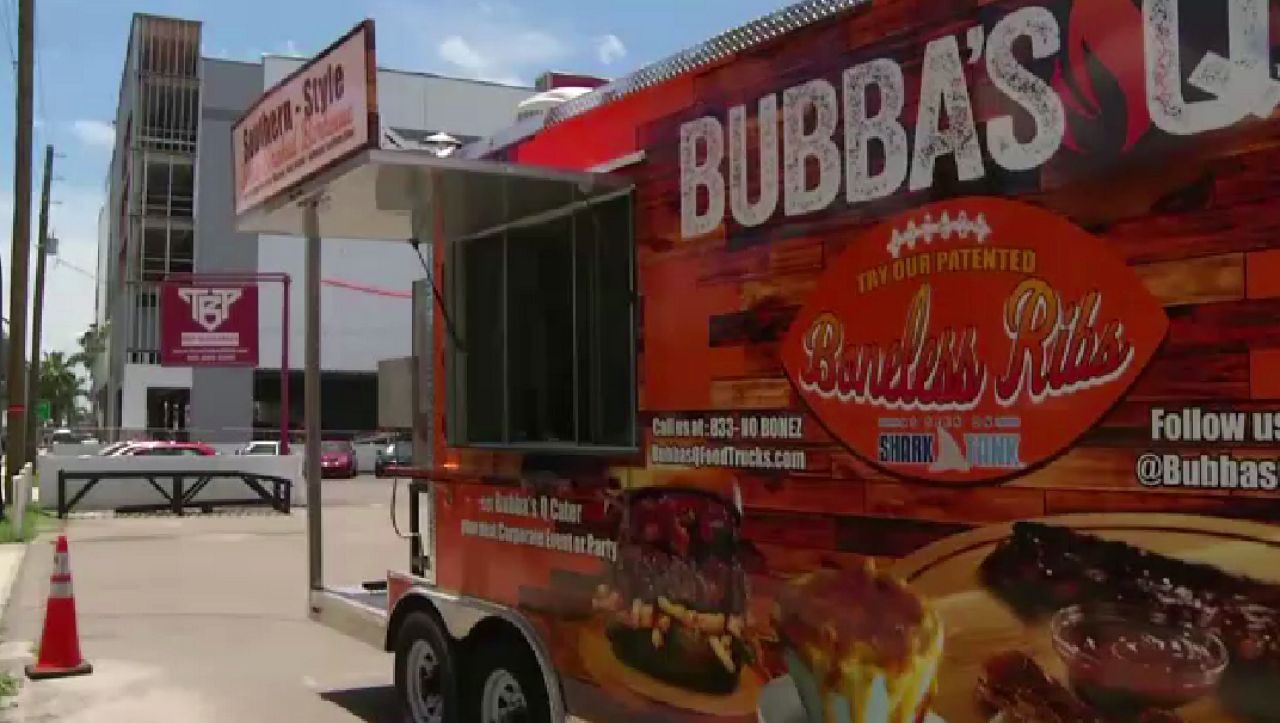 TAMPA, Fla. — Since March dozens of events around the Bay Area have been canceled due to COVID-19.

Food truck events are on that list and owners have had to change their business models to survive the last few months.

“We’re just trying to be creative and get people out to know where we are," said Brittani Baker, owner of Bubba's Q Food Truck.

Baker says they were busy during the months before the virus began spreading. She had to change plans to stay open.

"I’ve been able to find a location where we set up every weekend now instead of relying on events and corporate events and catering," said Baker.

She's been setting up her food truck to serve customers at 4617 West Gandy Boulevard in Tampa.

Other food trucks are setting up in neighborhoods, rather than outside corporate buildings since more people are working from home. Blasco's business helps food trucks book events and locations.

“We never planned on going to zero dollars in revenue and that’s pretty much what we’ve done," said Blasco. He says they're at 5 percent revenue right now compared to this time last year.

Blasco says their busiest time is usually in the fall, but the spring has become increasingly busy.

“The last two years we’ve seen a trend, a big up tick in April and May. So this year obviously we were completely robbed of that. So there was weeks alone where we would have done hundreds of thousands of dollars in catering. That just never happened.," said Blasco.

He plans to continue adapting his plans to keep people safe. He's hopeful the food truck industry will bounce back. Blasco says there are food truck events planned in the Bay Area in July. They'll be monitoring safety guidelines and determining whether they need to reschedule them.