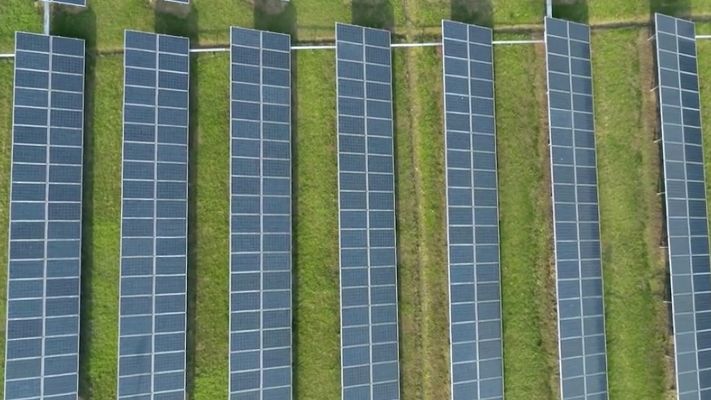 Jacksonville is the highest listed Florida city in the “Shining Cities” report at 19. Orlando is ranked 32nd, and Miami 53rd. (File photo)

The city of Tampa ranks 29th out of 70 major U.S. cities for solar energy capacity. That’s according to a report released this week by the Environment Florida Research & Policy Center.


“The numbers that you’re seeing in the Environmental Florida Report are due to homeowners that are taking it upon themselves to install solar without the PACE financing options, so they’re either paying for cash or getting some financing on their own,” said Whit Remer, the recently appointed sustainability and resiliency officer (PACE stands for Property Assessed Clean Energy, which allows homeowners to borrow money for home improvement like rooftop solar panels. They pay them back through assessments on their property bill).

“The city of Tampa has never installed a single solar panel, and that is something that we’re going to change under this administration,” Remer added in a Zoom conference call announcing the report on Tuesday.

Jacksonville is the highest listed Florida city in the “Shining Cities” report at 19. Orlando is ranked 32nd, and Miami 53rd.

Susan Glickman with the Southeast Alliance for Clean Energy, says that the cost of solar has gone down 70 percent over the past decade.

While it’s still only a sliver of the complete energy portfolio used by the state of Florida, more public utilities like Tampa Electric and Duke Energy are moving to solar power. While it’s obviously a plus in terms of reducing carbon emissions and making for a cleaner environment, the dramatic reduction in price is advancing that change.

“The technology involved in solar power has come down to a price point that makes it more competitive with traditional forms of power generation,” says Cherie Jacobs, the spokesperson for Tampa Electric.

TECO currently has about 600 megawatts of solar power producing energy today, but Jacobs says the company is in the process of doubling that capacity in the next couple of years.

“In the next three years, we’re going to add another 600 megawatts. So when we’re done with that expansion, we will have enough solar energy to produce energy for 200,000 homes,” she says.

In addition to lower, more individuals are able to purchase rooftop solar by being part of solar “co-ops.” Those co-ops take advantage of the group’s bulk-purchasing power to get discounted pricing.

In the Tampa Bay area, one such entity is SELF (Solar Energy Loan Fund), a nonprofit that provides loans, project management and a list of approved contractors to improve energy efficiency. And another co-op, Solar United Neighbors, is slated to begin operating in Hillsborough County later this month.