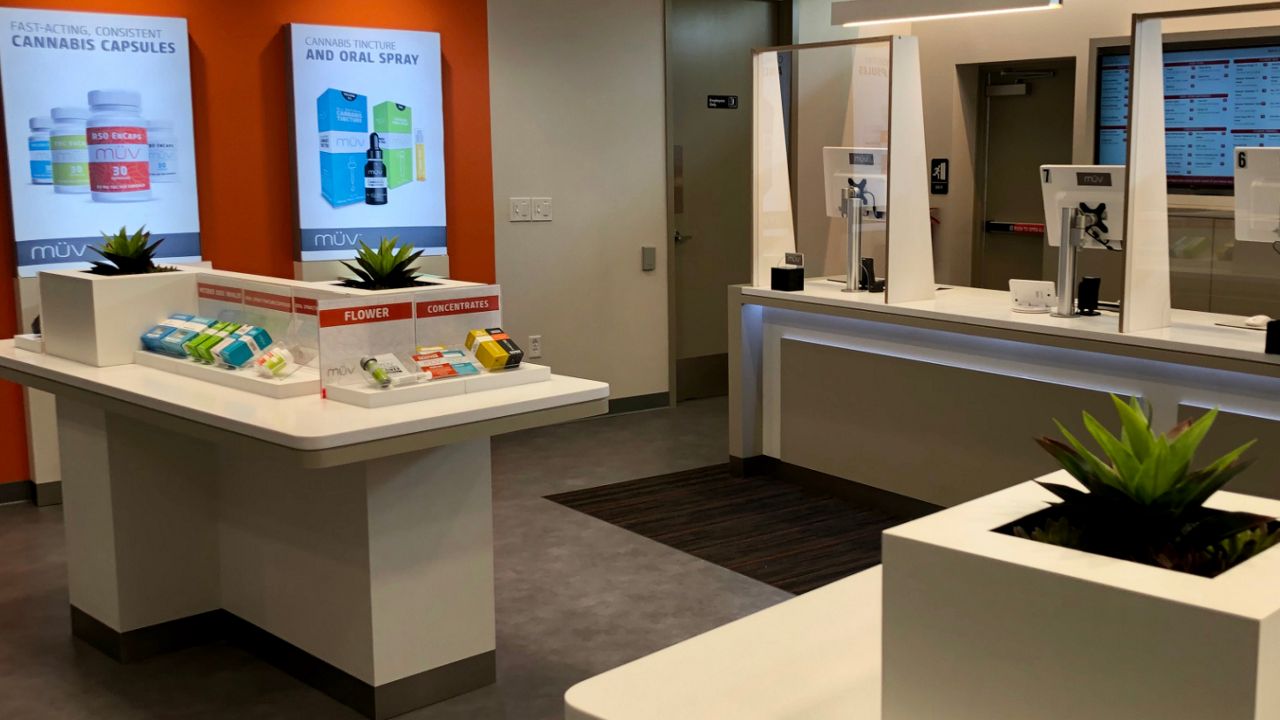 MUV opened its 23rd retail store in Bradenton this week and has plans to open 10 more by the end of the year. (Josh Rojas/Spectrum Bay News 9)

ST. PETERSBURG, Fla. - The pandemic has devastated many Florida businesses but the cannabis industry has been thriving, according to AltMed, the parent company of MUV dispensaries.

"We are the fastest growing medical cannabis company in the state of Florida," said Todd Beckwith, Dir. of Corp. Affairs. "We have opened 12 new locations this year alone and have more than doubled in size."

MUV opened its 23rd retail store in Bradenton this week and has plans to open 10 more by the end of the year.

"Patients from Pensacola to Jacksonville to Key West will be able to access MUV medical cannabis products," said Beckwith. "The state of Florida is adding over 3,000 new patients every week.​"

Beckwith said all of that growth has led to an economic boost. While many workers are being laid off or furloughed, MUV has hired hundreds of new employees.

Beckwith said their biggest selling product is whole plant cannabis flower. A patient who wants to remain anonymous said cannabis can help alleviate the additional anxiety brought on by COVID-19.

"I think that the numbers are rising because people are just looking for an alternative way to try and beat what they're going through," she said. "No one wants this opioid crisis, no one wants to be saddled down drinking all the time. This is a much healthier option."

Patients must have a qualifying condition to receive a medical marijuana card. Currently there are more than 360,000 card carrying medical cannabis patients in Florida.