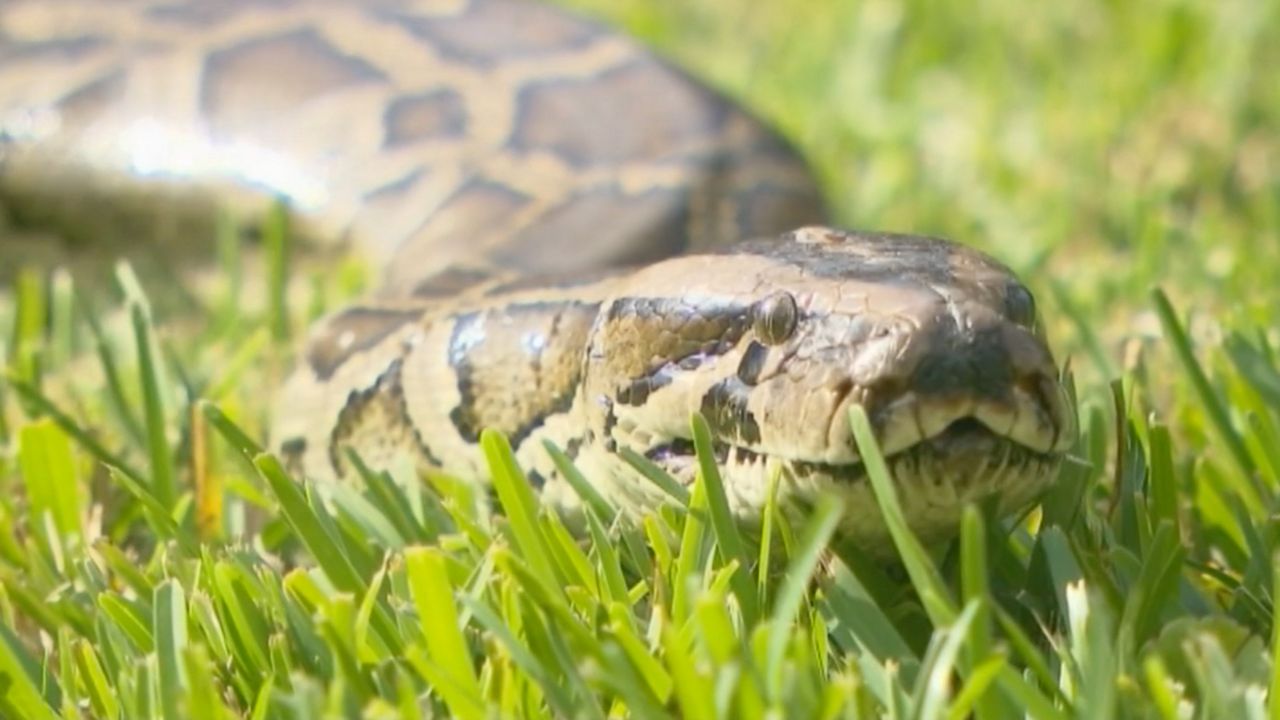 The newly-discovered parasite called R-Orientalis was originally found in South Florida. Now, it has made its way to snakes in the Bay Area. (Gabrielle Arzola/Spectrum Bay News 9)

A new parasite was found in Burmese pythons, and now they are posing a threat to native Florida snakes.


"It’s a parasite they have never seen before,” says Dr. Katherine Clements, Ecology and Natural Resources Educator at University of Florida IFAS Extension.

Now, it has made its way to snakes in the Bay Area, and has gone as far as Alachua County.

“We don’t know far far this could spread,” says Clements.

Clements says the parasite is spreading quickly from snake to snake.

It attacks the respiratory system, making it hard for snakes to breathe and reproduce.

“It could potentially cause death as well,” says Clements.

“Any imbalance in the ecosystem can have long term effects, sometimes that we’re not even aware of,” says Clements.

As of right now, there is no cure for the snakes.

To report a Burmese python sighting, use the Florida Fish and Wildlife app called “I’veGot1.”