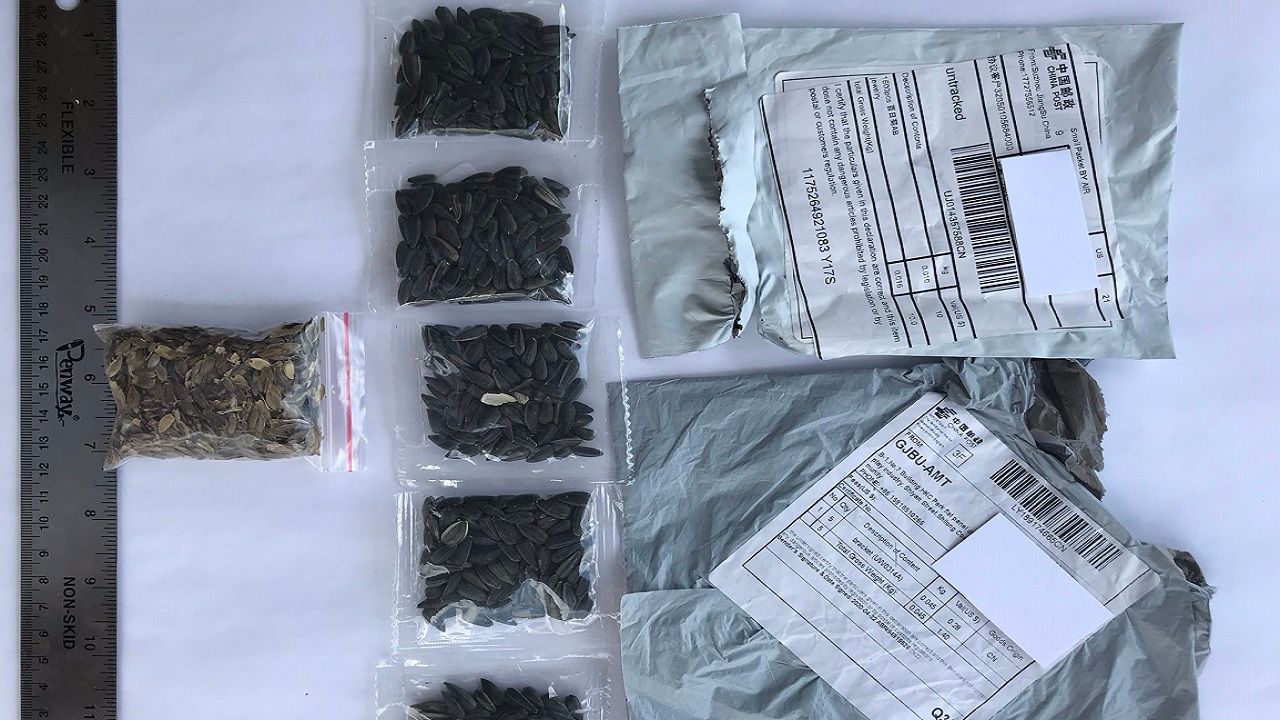 Mysterious Seeds From China Mailed to People Across the US

NATIONWIDE — They may be invasive and “may pose a threat to plant, animal and human health.”

That’s how the U.S. Department of Agriculture is referring to “seeds of unknown origin” and it said states across the country are dealing with a potentially dangerous influx.

According to authorities, the mysterious seed packets are being mailed to unsuspecting Americans, including people in Florida.

The USDA calls it “agricultural smuggling,” and the seeds appear to be coming from China.

Florida’s Department of Agricultural and Consumer Services on Monday issued a warning.

“Anyone receiving these suspicious seed packets should not open them, should not plant them, should limit contact with them, and should report them immediately to both our department and USDA officials,” Florida Agriculture Commissioner Nikki Fried said in a statement.

According to FDCAS, the state has received “at least 160” reports from Florida residents about these unwelcome seed deliveries. The packages have Chinese characters on them, may have the words “China Post” and could be labeled as jewelry.

There are reports in Louisiana, Virginia, Kansas, Oklahoma, Utah and Washington as well.

If you receive a shipment of seeds, call the FDACS Division of Plant Industry at 1-888-397-1517 or email DFIhelpline@FDACS.gov.

You can also contact the USDA APHIS Anti-Smuggling Hotline at 1-800-877-3835 or email SITC.Mail@aphis.usda.gov.