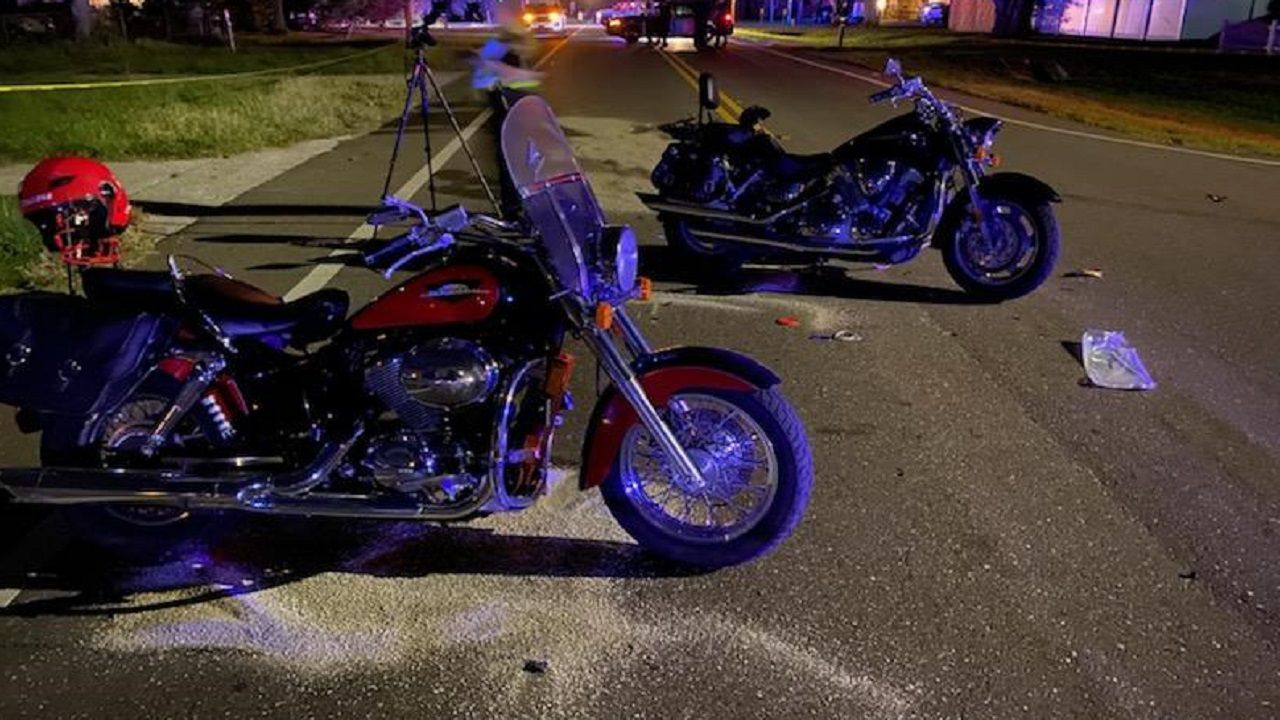 According to police, One car and two motorcycles collided just after 8:30 p.m. Friday night on State Road 590 at Lucas Drive. (Clearwater Police)

CLEARWATER, Fla. — A 47-year-old woman has been charged in Friday evening's hit-and-run crash with two motorcycles.

According to Clearwater police, Paula G. Rowe is facing two counts of leaving the scene of a crash with injury.

Police said Rowe's vehicle and two motorcycles collided just after 8:30 p.m. Friday night on State Road 590 at Lucas Drive, and officers say the car took off after the crash.

One motorcyclist was rushed to Bayfront Health St. Petersburg as a trauma alert with potentially life-threatening injuries.

Police said Rowe's car broke down and she had it towed to an apartment complex on U.S. 19. She was arrested this morning after calling us to say she was the driver.

The other motorcyclist was treated on scene by Clearwater Fire & Rescue medics.

We’ve located the car and driver in Friday night’s hit-and-run crash that left one motorcyclist critically injured. The driver who left the scene will be booked into the Pinellas County Jail later this morning. pic.twitter.com/Cr2TtWEH4j