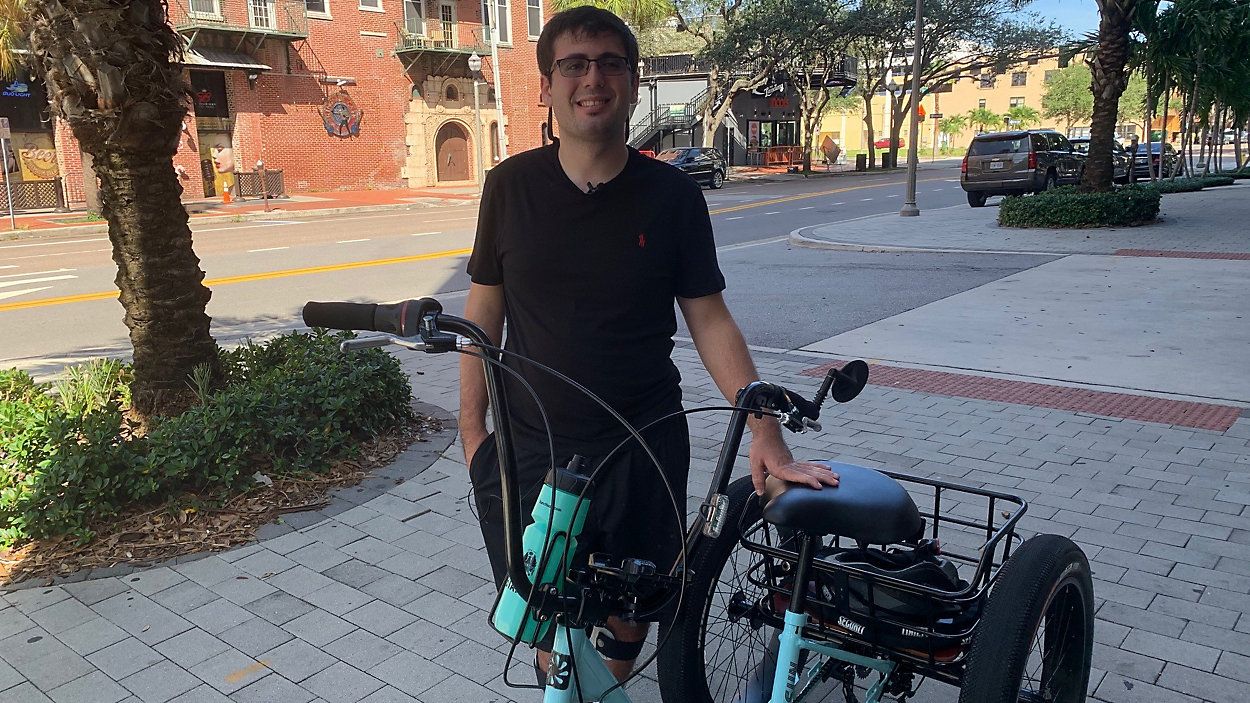 Man With Disabilities Regains His “Freedom” After Heartless Crime

A young Pinellas County with disabilities has what he calls his “freedom” back.

After viewers saw our story on the theft, many reached to help. Now, Max has a new one bike to get him wherever he wants to go.

“I feel really good right now. I’m like not missing the other bike because now I have this one,” Max said.

Max has and has cerebral palsy, so his old three-wheeler helped him a lot. After it was taken, he thought he’d lost his way to get around – until this new one was donated.

“It’s better! Just like my old one,” Max exclaimed.

As many folks reached out to help, the Ritchie Hockey Foundation spent $1,300 to purchase a brand new bike for Max.

The foundation, based in the bay area, was formed for Jason Ritchie, who was tragically killed in a 2009 car accident. His parents, Donna and Bob, wanted to give to others in his memory, like Max.

“Max has special needs, and that makes him a special person,” Bob Ritchie said. “It may be strange that a hockey foundation would do something like this, but it’s not. We’re here to help those we can serve and need the additional lift.”

It was a huge help to Max and his father Jeff Sterns, who have been staying in St. Petersburg as they deal with a medical issue for Jeff’s newborn daughter.

“From him losing it on a Wednesday to riding on a Friday, and not have to deal with it, is wonderful,” Jeff said.

A retired deputy from Tampa, who wishes to stay anonymous, also donated a stronger bike lock for Max.

Max now gets recognized all around town on his new ride.

“I’m a celebrity. Want an autograph?” he joked.

He and his father both want to thank everyone who offered to help.

“I really want to thank them for the support. I really can’t believe that this would happen. That people care about me,” Max said.