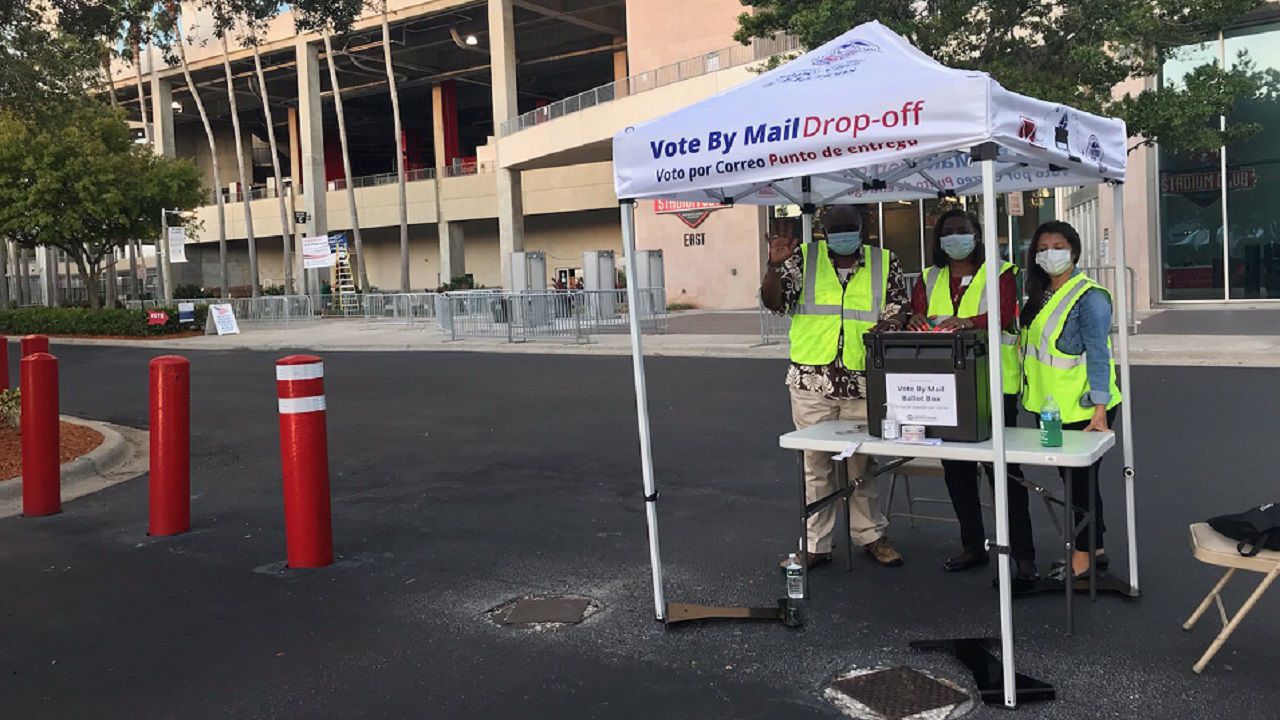 5:25 p.m. UPDATE: Election officials in both Hillsborough County and Pinellas County said Monday has been a record first day of early voting.

Hillsborough County Supervisor of Elections Craig Latimer posted on Twitter, "We just surpassed the number of voters who voted on day 1 of #EarlyVoting in 2016. So today will be a record-breaking first day of Early Voting!"

And Pinellas County officials posted this: "Over 6,300 people have voted so far in Pinellas County during a record-breaking first day of early voting! Early-voting locations are open until 7pm tonight and every night through November 1."

Over 6,300 people have voted so far in Pinellas County during a record-breaking first day of early voting! Early-voting locations are open until 7pm tonight and every night through November 1. Find the closest to you at https://t.co/0nOq1Jfhoj #VotePinellas pic.twitter.com/OUwJ9mbXf7

TAMPA, Fla. — Early voting begins Monday and in-person voters in Hillsborough County will find new locations to cast their ballot amid a pandemic.

There’s been a national push to use sports stadiums as polling locations because of their size and the ability to keep people spread out while they vote, which will be key given most local Supervisor of Elections’ report record numbers of registered voters this year.

“Access, it's all about access, ensuring voters have options. Voters are very engaged.  Voters want to participate in this election, which is fantastic, and again, with this unprecedented circumstance, we still have unbelievable access to the process,” said Julie Marcus, Pinellas County Supervisor of Elections.

Marcus said there are more than 710,000 registered voters in Pinellas County this election, which is the most in the county’s history.

All poll workers are required to wear masks and pecial cleaning protocols will also be in place.

Voters are asked to comply with county mask mandates and will be offered a mask if they don’t have one but voters will not be denied their constitutional right to vote if they aren’t wearing a mask.

In Hillsborough County, voters can cast their ballot during early voting at Raymond James Stadium, or Amalie Arena. Early voting runs through November 1.

Pinellas County voters who requested mail in ballots can either mail them back or take the ballot to a drive-thru drop off location. Tropicana Field is being used as a drop off site.