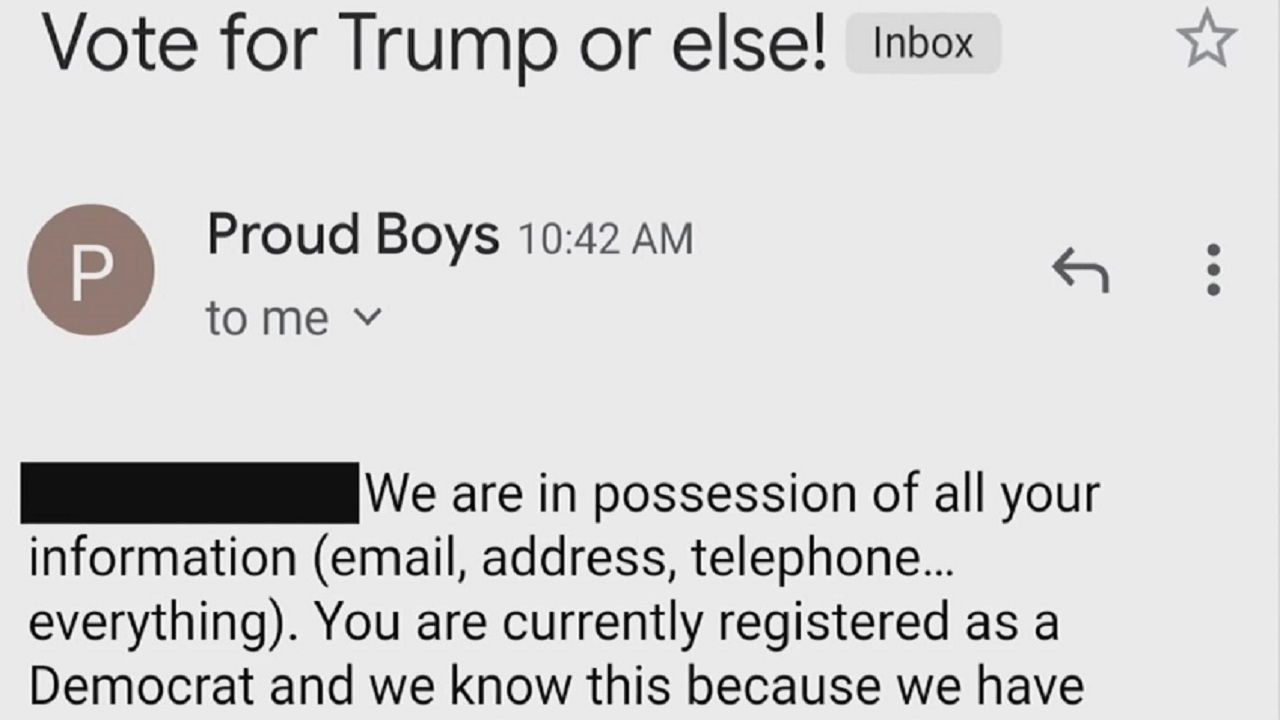 The FBI is investigating reports of threatening emails sent to voters in four states, including Florida. (CNN)

TAMPA, Fla. — The FBI has taken over an investigation into intimidating emails sent to voters in as many as four states, three of them key swing states, including Florida.

As of 5 p.m. Wednesday, a number of Citrus County voters reported they had received the threatening email. There were no reports made to election officials of the email circulating in Hillsborough, Pinellas, Pasco, Polk, or Manatee counties.

Hundreds of emails have been reported in Alachua County and at the University of Florida in Gainesville this week.

Other reports are coming out of Alaska, Pennsylvania and Arizona of similar emails.

The emails read, "Vote for Trump on Election Day or we will come after you."

The email writer claims to know personal information about the voter and warns to take the message "seriously."

The barrage of emails appear to only target Democrats, and are being sent by an account for the "Proud Boys," a far right group supportive of President Trump.

The Proud Boys deny sending the emails, saying they are in the middle of an internet server migration and its site has been down for the past two weeks.

"We have spoken to the FBI and are working with them.  I hope whoever did this is arrested for voter intimidation and for maliciously impersonating our group," Tarrio said.

Investigators say it appears the writer is using unsecured networks in Saudia Arabia and Estonia to send the emails, leading authorities to believe the threats may be coming from outside sources trying to influence the election.

Ryan Kennelly was one of the Alachua County voters to receive the email this week.

"It's useless words to try to ruin a civil society and I think calling it out and letting it be seen for what it is will hopefully encourage people to ignore it and combat it and come together and just do what's right and go vote," Kennelly said.

Supervisor of Elections Offices are asking voters to report the email if they receive it, but not be intimidated by it.

So far, there have been no reports of the email surfacing in the Tampa Bay Area.