As Cases Surge and Pandemic Stretches On, PPE for Frontline Workers is Still in Short Supply

“We expected to be around for a couple of weeks,” said Dr. Shikha Gupta, who leads Get Us PPE, the organization coordinating efforts to get personal protective equipment donated and distributed across the country.

“We thought surely someone better equipped to do this would step in. Clearly, that hasn’t happened. We’re here nine months later.”

Since the organization started back in March, it’s delivered more than 4 million units of PPE — things like masks, gloves, gowns and disinfectant wipes. Still, Dr. Gupta said that accounts for just 12 percent of their total requests this year, which include asks from health care workers, hospitals, clinics and essential workers outside the health care system.

“There has been a sentiment that the PPE crisis and the PPE shortage is over … which is simply not the case,” Dr. Gupta said. “[It’s] not only ongoing but escalating in a massive way. So to dismiss those concerns and to make public statements that the crisis is over is dangerous and irresponsible.”

Especially in recent weeks, doctors have sounded the alarm about their lack of resources, with many saying they still have to reuse and ration personal protective equipment, even this late in the pandemic.

President-elect Joe Biden has promised to invoke the full force of the Defense Production Act when he enters office in order to boost the supply of PPE. In April, President Trump used the DPA to kickstart ventilator production and again in August to acquire millions of rapid COVID-19 tests, which are being distributed to nursing homes and schools.

A spokesperson for the Department of Health and Human Services told Spectrum News the Strategic National Stockpile serves as a “stopgap buffer” for supplies, including PPE, but that the agency only sends aid when it’s not available for purchase elsewhere.

“Currently, all requests made by states have been fulfilled and continue to be fulfilled,” the HHS spokesperson said. “Federal officials are working closely and coordinating with individual public health authorities to first identify any availability in the commercial market and to assist the jurisdiction with accessing those supplies first.”

But Dr. Gupta said there’s a disparity in who can afford to purchase supplies.

“The larger academic hospitals that are well-funded and able to be well stocked, they're able to make the purchases. They can meet the minimum order quantities that suppliers and manufacturers have and they're able to to pay inflated prices,” she said. “But the little guys — particularly the ones who already serve medically-underserved communities, black and brown communities, inner city rural populations — they don't have the funding on their best day.” 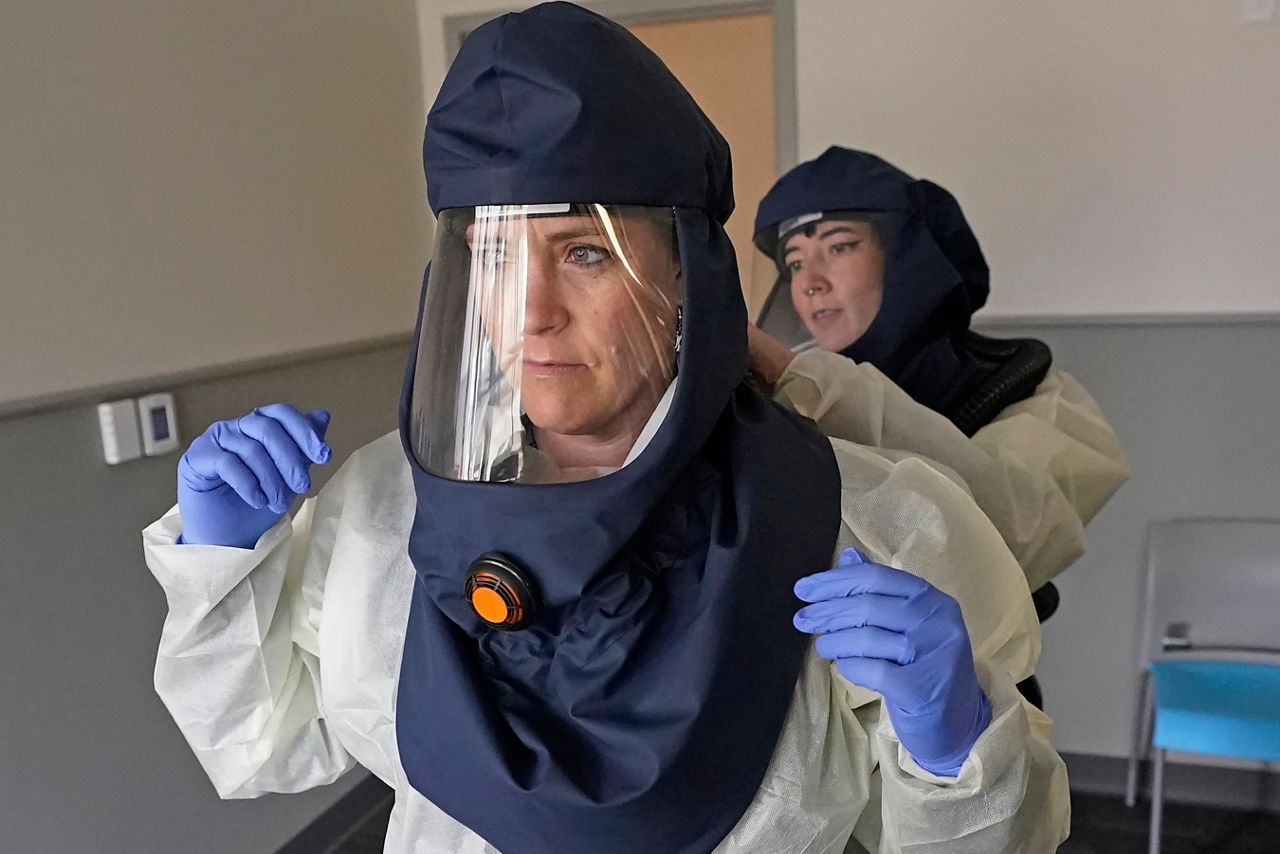 Get Us PPE, which is co-founded and advised by a group of emergency physicians, relies on donations, volunteers and grants to distribute supplies. Dr. Gupta said their priorities and inventory are constantly changing, but they’re currently focused on the Midwest, where states are seeing the most significant surge in cases and hospitalizations.

The Strategic National Stockpile currently has 138 million N95 respirators on hand, which is “10 times pre-pandemic levels,” a spokesperson for HHS said. The SNS also has 153,000 ventilators, nine times the amount available before the pandemic.

The agency also told Spectrum News it will continue to make deliveries into 2021, and those in need should request supplies through their states.

Dr. Gupta said it’s unclear which requests will be answered, which is why her team is still working to fulfill some on their end.

“There are things that the government can do,” she said. “We can’t wait until January 20th.”