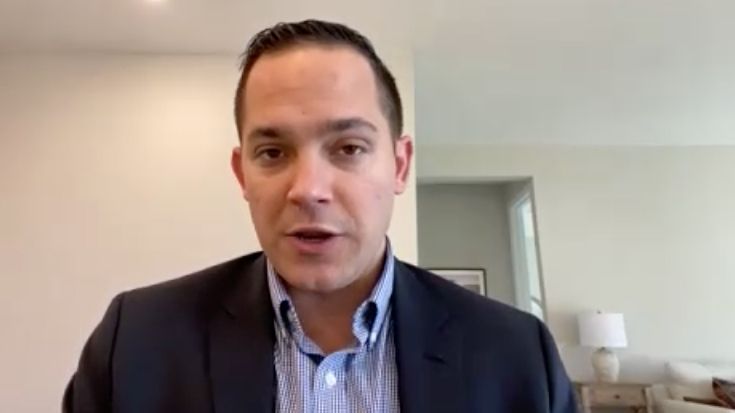 FLORIDA — Gov. Ron DeSantis announced last week that while vaccines for COVID-19 are coming soon, he won’t require anyone to get vaccinated if they don’t want to.

But a GOP state lawmaker said that state law, as currently written, could allow him or any other governor to mandate vaccinations, and he will file legislation in the coming days to repeal that law.

“Right now in Florida, under the public health emergency statute chapter 381, they can literally take you, test you, quarantine you, but also force you to take a vaccine. They can restrain you and force you to do that,” Central Florida Republican state Rep. Anthony Sabatini said.

“The powers have not been used yet, but they’ve been on the books for over 25 years and it’s important that Floridians know that this power can’t be exercised by government, because it’s just too much an invasion of their personal liberties.”

In a video released on Nov. 19, DeSantis said that his goal was to make all safe and effective COVID vaccines available to all who want them, “but the state will not mandate that Floridians take these vaccines – that’s going to be the choice of each and every Floridian.”

As Sabatini notes, chapter 381.00315 of Florida law gives significant powers to the state’s public health officer during a public health state of emergency, which Florida has been in since early March.

The statute says that the state’s top public health officer, Surgeon General Scott Rivkees, could order “an individual to be examined, tested, vaccinated, treated, isolated or quarantined for communicable diseases that have significant morbidity or mortality and present a severe danger to public health.”

That law goes on to say that any individuals who are unwilling to be subject to those specific actions, including vaccinations, “may be subjected to isolation or quarantine.”

Sabatini says it’s excellent that DeSantis has gone on record saying that he won’t mandate vaccinations but fears that a future Florida governor could be “less respectful of personal liberty.”

Dr. Michael Teng is an associate professor at the University of South Florida College of Medicine. He said he’s puzzled by Sabatini’s proposed legislation, noting how the governor hasn’t imposed a statewide mask ordinance in an attempt to reduce the transmission of the virus.

“He’s a Harvard educated lawyer. He knows what he’s doing. I don’t see him even contemplating mandating a vaccine,” he added.

No state in the country has mandated that their citizens have to take a COVID-19 vaccine and there won’t likely be a national call to do so, according to Dr. Anthony Fauci.

“You don't want to mandate and try and force anyone to take the vaccine. We've never done that. You can mandate for certain groups of people like health workers, but for the general population you cannot,” Fauci said in August.

An IPSOS poll published earlier this week reported that just 51% of the public would take the “first-generation” COVID-19 vaccine as soon as it’s available, though that number rises to 70% when the question changed to taking a COVID-19 vaccine that has been proven safe and effective by public health officials.

USF Dr. Michael Teng said that the best numbers he’s seen from public health epidemiologists is that somewhere between 60-70% of the public need to have immunity to the virus to begin reducing transmission.

Teng adds that if the initial data that has come back from Pfizer and Moderna holds up, “90%+ effective vaccine will get us to herd immunity much quicker,” he surmises.

Sabatini has become a news making machine in the two years since he was elected to serve in the Florida House.

The 32-year-old Lake County-based attorney has stoked a variety of controversies, but he easily won reelection to his House District 32 seat by more than 10 percentage points earlier this month.

Sabatini has filed off a number of lawsuits this year challenging county ordinances requiring the wearing of face masks, including in Hillsborough and Pinellas.