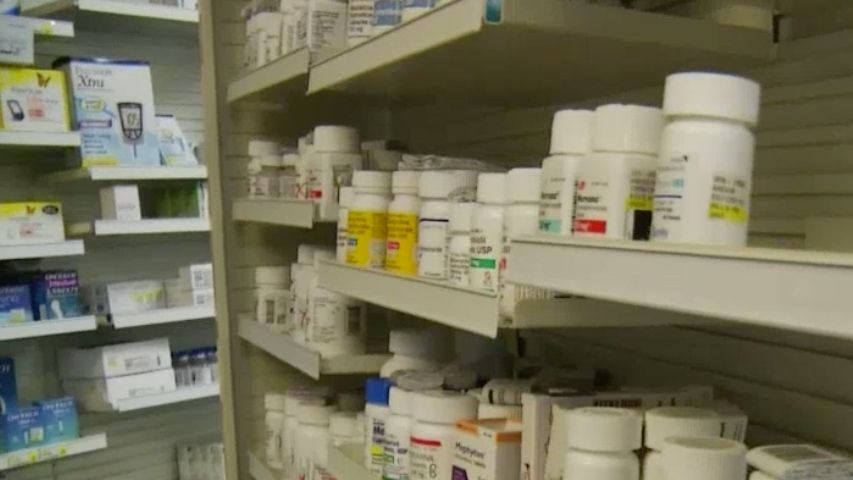 PBMs are third party companies that serve as intermediaries between drug companies and insurance companies. They pool money from contracted pharmacies to gain purchasing power, then negotiate rates and rebates with the pharmaceutical companies.

Their business agreements have raised questions about pricing transparency and state legislators, like Toledo, have been pushing to regulate PBMs in recent years.

“They’re pretty much dictating the cost of prescription drugs and right now there’s absolutely no transparency, so we don’t know how much they’re making,” she added.

John Noreiga has worked at his family owned Bill’s Prescription Center in Brandon for nearly 40 years. The pharmacy has been around since 1956.

He says that for years the relationship “worked fantastically” between his independent pharmacy and PBMs, but says that changed when they became, “more savvy to the money that’s out there for rebates.”

Rebates are money refunded to the PBMs from the drug manufacturer, often in exchange for giving their drug preferred formulary placement.

A report published earlier this year by the Leonard D. Schaeffer Center for Health Policy & Economics at the University of Southern California concluded that rebates play a role in increasing drug prices and that reducing or eliminating rebates could result in lower list prices and reduced out-of-pocket expenditures for some patients.

Toledo’s initial foray in trying to regulate PBMs went nowhere during the 2020 Florida legislative session, despite getting bipartisan support in the House, ranging from Democrats like Anna Eskamani to Republicans such as Anthony Sabatini.

She says she learned while sponsoring a driving while texting bill that certain proposals can take years before crossing the finish line in the state Capitol.

“A lot of legislators are unfamiliar with PBMs because it’s new to them,” she says. “So it’s about informing and educating colleagues in the House and making it a big issue.”

Toledo said she’ll meet with leaders in the House and Senate in the coming weeks before drafting a proposal for the 2021 session.

That bill is likely to face strong opposition from those representing PBMs.

“Rep. Toledo continues to try to increase regulatory mandates that would force health plan sponsors to cover expensive brand-name prescription drugs, even when more affordable, equally effective options become available in the marketplace,” said Charles Cote, a spokesman with the Pharmaceutical Care Management Association (PCMA). “Similar legislation in other states has failed because it’s viewed as a giveaway to drug companies.”

Audrey Brown, president and CEO with the Florida Association of Health Plans wrote in an email, “Health plans utilize PBMs to negotiate and push back on unregulated drug companies who will change the price of a drug at any point for profit over patients. If legislation is considered, there should be pharmaceutical price transparency included. Transparency for all.”

The issue of whether states can regulate PBMs is currently being reviewed by the U.S. Supreme Court, which recently heard arguments about a 2015 Arkansas law last month. That law requires PBMs to increase reimbursements for generic drugs if they are below wholesale costs, and it created an appeals process for pharmacies to challenge the reimbursements, according to Arkansas Public Radio.

The next Florida legislative session begins in Tallahassee on March 2, 2021.