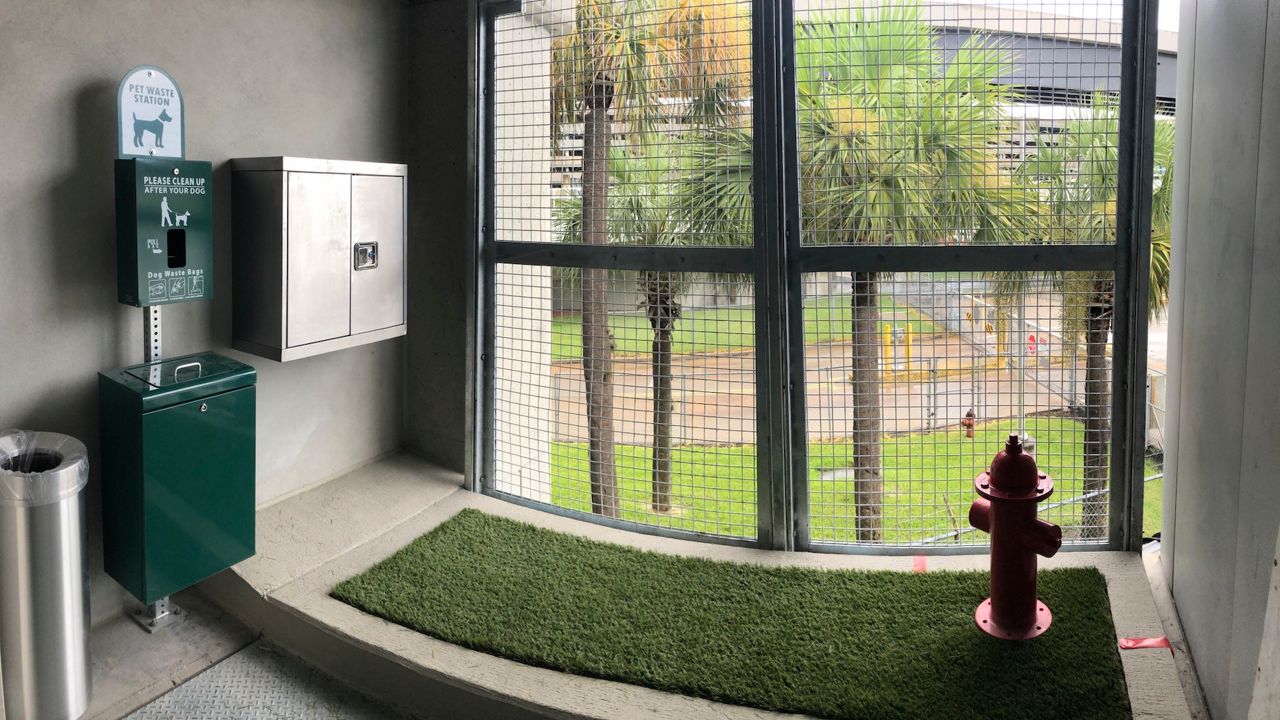 TAMPA, Fla. — When traveling, there’s nothing worse than boarding a flight without having had the opportunity to go to the bathroom.

It has to be worse for service animals—after all, it’s not like they can unbuckle their seatbelts and pop down the aisle to the lavatory once the plane reaches cruising altitude and that annoying, authoritarian little overhead light goes out.

Now, the Bay area’s multiple award-winning Tampa International Airport has addressed the needs of those four-legged traveling companions by adding “relief areas” to its four Airsides and Main Terminal.

On Airsides A, C, E and F, portions of outdoor smoking areas on the gate levels (known not-so-affectionately to travelers and TIA staff alike as “cages”) and other spots have been transformed into animal-friendly oases, complete with synthetic grass, drinking stations and even faux fire hydrants so your service animal can, er, go before you go. The relief areas on Airsides A, C and E are already in operation; the station on Airside F should be completed very soon.

(Nicotine addicts, don’t freak out: According to a TIA spokesperson, all four Airsides still feature “cages” where you can take your last few drags before getting on your flight.)

At the Main Terminal, four new animal-friendly zones have been added just outside the building at the baggage level, which means the service animals of passengers and visitors can drop off their own baggage without having to pass through a security checkpoint.

Every relief area is stocked with waste disposal bags, so, you know—pick it up and throw it away, for the love of Pete.

As a reminder, no non-traveling pets are not allowed in the airport, and traveling non-service pets must be “properly contained,” e.g. in a carrier.