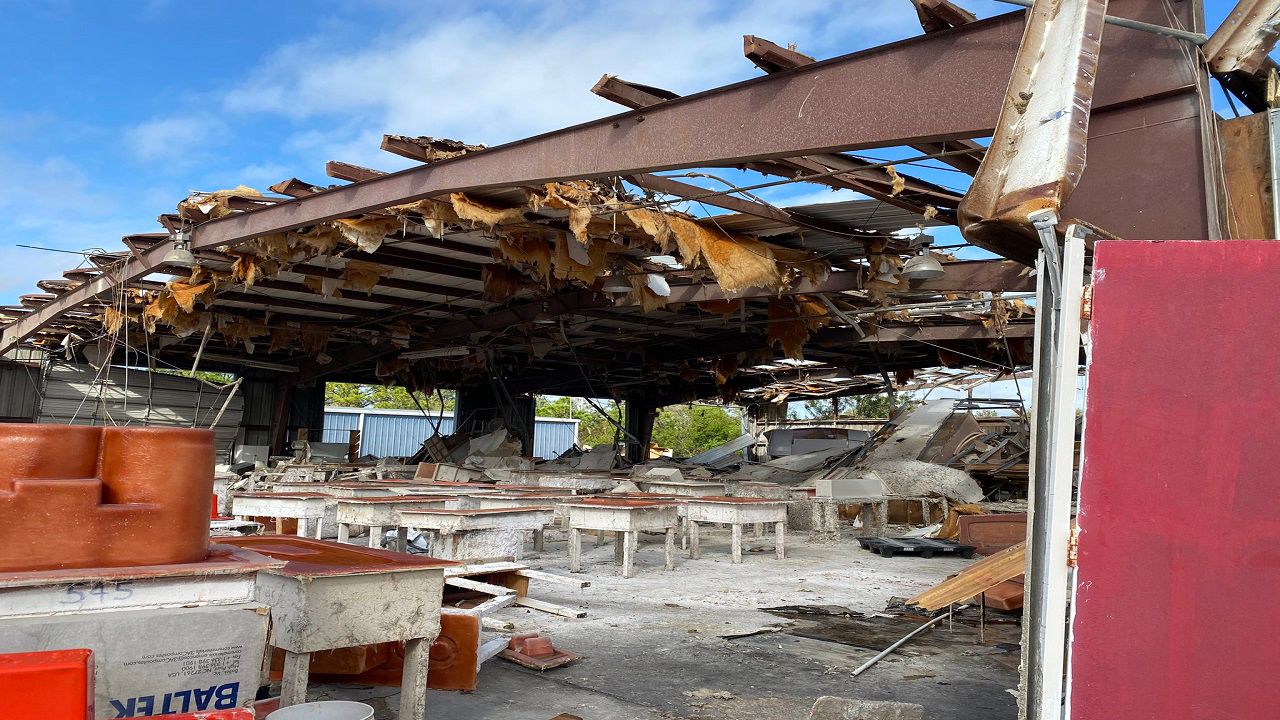 Some of the Pinellas County damage from Wednesday's storms. NWS is surveying the scenes, and they say some of this damage indicates an EF2 tornado, which is very rare for this area. (Ashley Paul, Spectrum News image)

Cleanup in Pinellas, Polk After Confirmed Tornadoes Blew Through Region

Homes and businesses were damaged, mainly in Pinellas and Polk counties, and some residents were in the dark late into the night as power lines were knocked downed across the region.

On Thursday, the National Weather Service comfired the Pinellas tornado was an EF2 that traveled 13 miles and hit 125 mph. In Polk, the tornado there was a confirmed EF1 that traveled 12 miles and reached 110 mph.

The central Pinellas storm around 4 p.m. caused severe damage and at least one confirmed tornado as it moved east through Hillsborough and ended in Polk County.

Along the way, the storm clipped trees, toppled cars and skipped across the Howard Frankland Bridge as it moved into Hillsborough County on its way to Polk County.

Officials will be out this morning surveying damage.

This is just some of the damage we are seeing in Pinellas County after last night’s storm. @NWSTampaBay is out here surveying the scenes, and they say some of this damage indicates an EF2 tornado, which is very rare for this area. @BN9 pic.twitter.com/Rfj9iFOQ32

A witness to the storm in Pinellas Park said it was unlike anything she had ever seen before.

"I started to see cars start to move,” said Coral Churchill. “Trees flying over the building, just like nothing you've ever seen before."

Duke Energy crews worked throughout the night to restore power to residents.

Officials said more than 25 power poles need to be repaired or replaces and at one point, about 14,000 customers were without power.

Those numbers were reduced to the low hundreds by this morning.