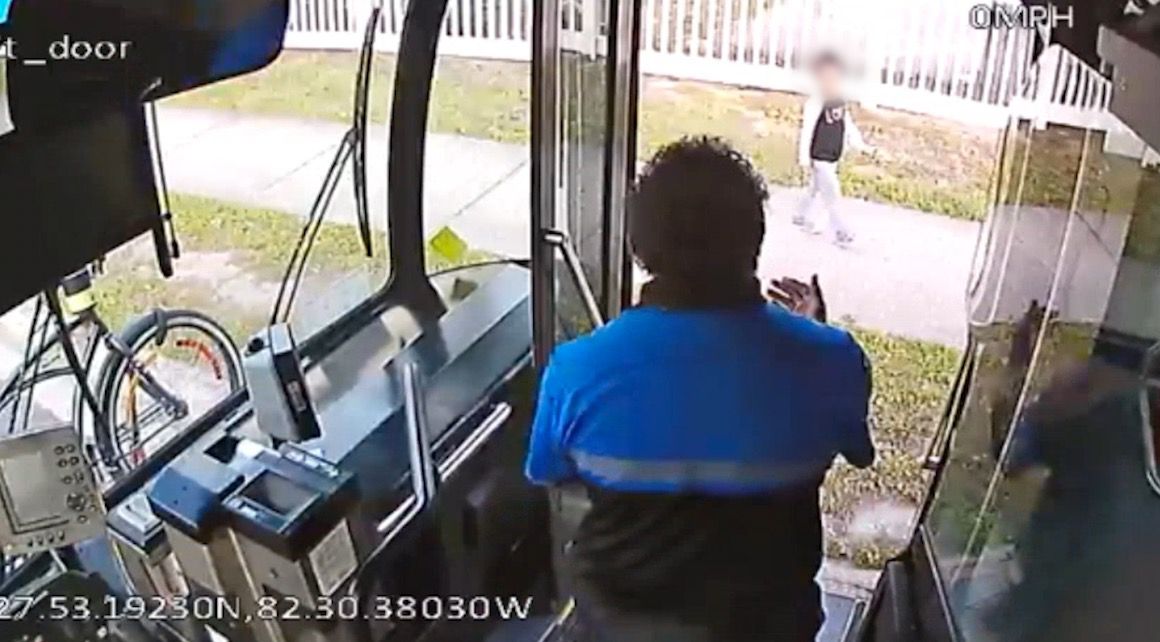 Lindsay’s voice reached a fever pitch as he called his supervisor while gathering information from the young child.

“There’s a —how old are you, baby? Four. She’s three or four years old walking the street by herself,” he said into the phone. “My instincts said ‘wait a minute, hold on, let’s check this out,’” Lindsay told Spectrum Bay News 9 exclusively Wednesday morning. “She was the calmest three, four-year-old girl I’ve ever seen.”

Lindsay along with two other passengers met with authorities and HART supervisors about a mile up the road. He dropped off the child and continued his shift.

Tampa Police say the girl slipped out of the house when her mom wasn’t looking. Her mother immediately called 9-1-1 and was reunited with her daughter later that day.

As for Lindsay, he says he did what anyone would have done in that moment. He credits his HART training and his parental experience for his actions.

“It’s not about me. It’s about the paternal instincts I have as a father and I’m very thankful for that.”