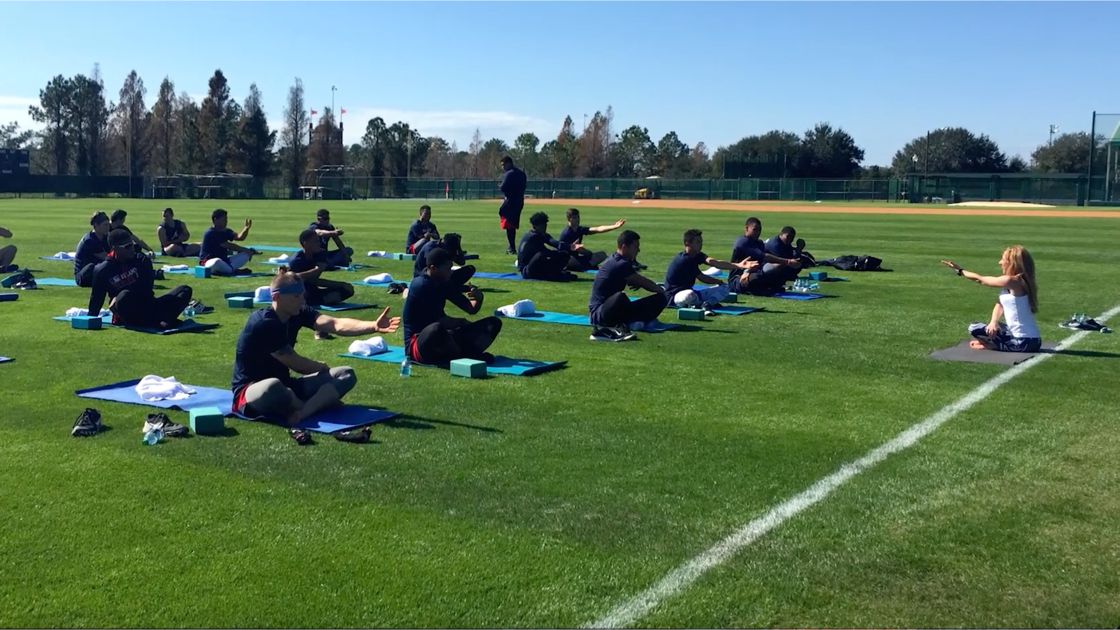 TAMPA, Fla. — If you think breathing is just a relaxation technique, think again, breathing is the foundation of for Dana Santas’ work in pro sports.


“That’s the thing that really makes a huge impact, it’s a massive game changer,” Santas said. “How they perform really comes down to how well they move and control their bodies.”

Santas is a mobility, breathing and mind-body coach who helps athletes maximize their potential.

She’s garnered a reputation as one of the best in the business, but her path to get here took a few turns. Almost two decades ago, Santas left the corporate world to pursue her passion for yoga.

“I ended up having to cash in my 401K, sell off my car, move out of my big house and really change my life in order to change into this new career,” Santas said.

She started teaching yoga to the Boston Fire Department and then landed her first pro sports team, the Boston Bruins.

“You hear so much now about yoga in professional sports and I laugh about it because I was one of the first people to bring it into pro sports,” she added.

But Santas soon realized there was a limit to the benefits of yoga alone. Her work evolved as she became certified as a mobility and strength coach.

“You might look at it and say, that looks like yoga, or depending on what you were seeing, you might think, oh that looks like physical therapy, or maybe that’s a strength coach working with them,” Santas said.

Santas may not be a recognizable name to the casual sports fan, but she’s had her hand in the success of many teams.

“I take a lot of pride in the fact that I’ve seen some athletes through their entire career,” she said. “It’s like being part of a sports family. I feel like I’ve found my place.”