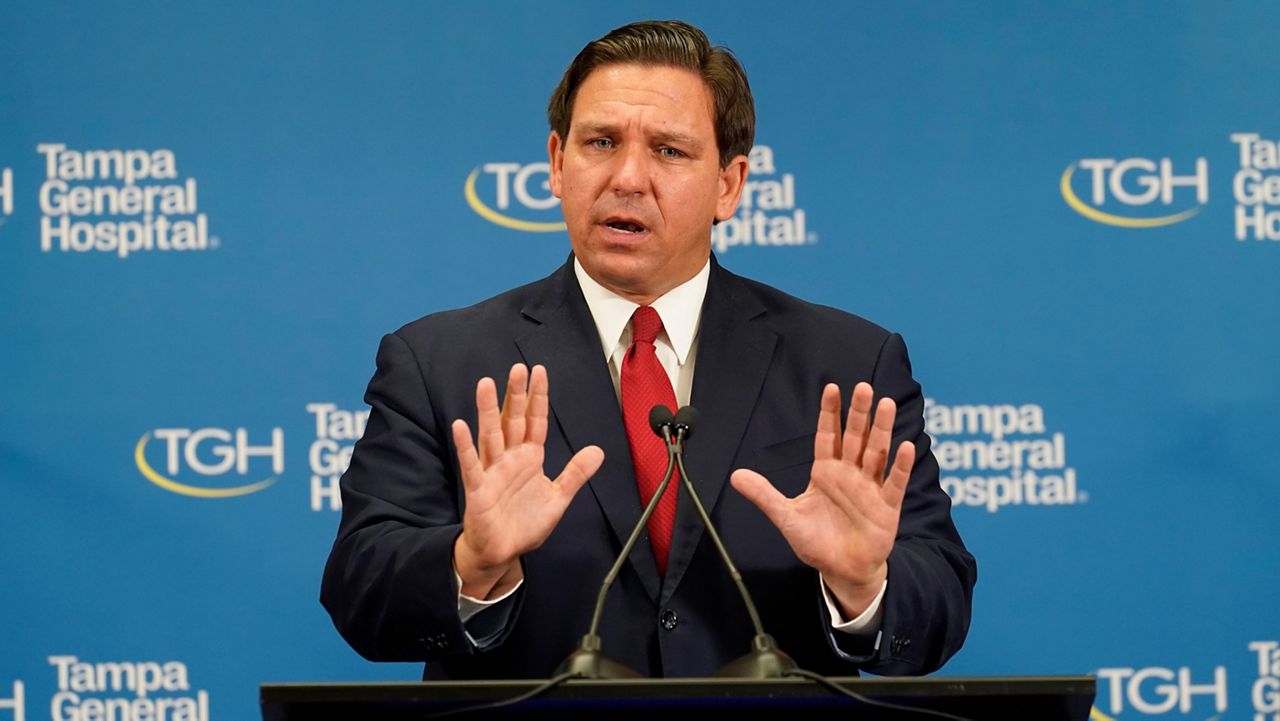 Three weeks into Florida's COVID-19 vaccination effort, more than 175,000 people have received the first of two shots, according to the state. That's less than one percent of the state's population, making for a pace the official in charge of distributing the vaccines calls ripe for improvement.

"We have not gotten enough shots in arms, quite frankly," Moskowitz said, noting that hundreds of thousands of doses of the Pfizer and Moderna vaccines have now been delivered to facilities in all 67 Florida counties.

"There cannot be vaccine staying on the shelf. I think we've just got to be honest; I think we lost some time because of the holidays."

Florida’s Agriculture Commissioner certainly agrees that the state isn’t vaccinating people quickly enough. Nikki Fried sent a letter to Gov. Ron DeSantis, writing that only 15% of available doses have been administered statewide. She added that “vulnerable residents are left without answers or clear direction from overwhelmed local agencies on when, where, and how to receive the vaccine.”

Fried is urging the governor “to mobilize Florida National Guard resources to oversee a timely, orderly, centralized process for distributing COVID-19 vaccines to Floridians, including a benchmark of administering 100% of available vaccines within 10 days of those vaccines’ arrival in Florida.“

Today, I wrote to @GovRonDeSantis strongly encouraging he mobilize @FLGuard to coordinate #CovidVaccine in Florida.

The state's chaotic approach has frustrated Floridians, overwhelmed local agencies, and has vaccinated just 0.68% of Florida residents so far.

Florida's Republican Party released a statement, slamming some of the claims Fried made in her letter to DeSantis.

”It’s nice to see that Commissioner Nikki Fried is taking time out of her vacation to send out an ill-informed, irresponsible letter on social media that prioritizes politics over helping Floridians who are interested in the vaccine. Frankly, she should be embarrassed to have signed this letter (let’s be honest – it was auto-penned)," RPOF Executive Director Helen Aguirre Ferre said. “Either the Commissioner is asleep at the switch or she is intentionally sharing misinformation."

As Gov. Ron DeSantis' liaison to the federal government's vaccine distribution operation, Moskowitz has secured an outsize volume of doses. For now, he says, the limiting factor isn't supply; it's the staffing required to administer the vaccines.

But he predicts that will change as funding from the federal relief measure signed into law this week makes its way to Florida, enabling the state to dispatch more nurses and paramedics to vaccination sites.

"When we get on the other side of the new year and 2021, I think you're going to see vaccine distribution pick up dramatically and access for 65 and older pick up, as well," Moskowitz predicted. "It'll be just like testing. There'll be all sorts of locations. Some will be state-run, some will be private, some will be hospitals, some will be counties. It's going to be a conglomerate."

As for when younger members of the general public can expect to be vaccinated, Moskowitz estimates shots will be given beginning in March.

"I'm planning to start transitioning our testing sites as early as we can to start getting the vaccine as early as we can," he said. "I think two things will really impact that: one will be supply. Do we get that bigger supply? Do our deliveries of 150,000 a week, each vaccine, does that turn into 300,000 or 400,000 a week? Does that start to go up? And then, obviously, what percentage of the population that we're doing - which is right now 65 and older - decide to take the vaccine?"

While state officials are working to maximize vaccinations among Florida's senior population, if there are fewer shots administered, the vaccination regime could move to other age groups more quickly than expected.