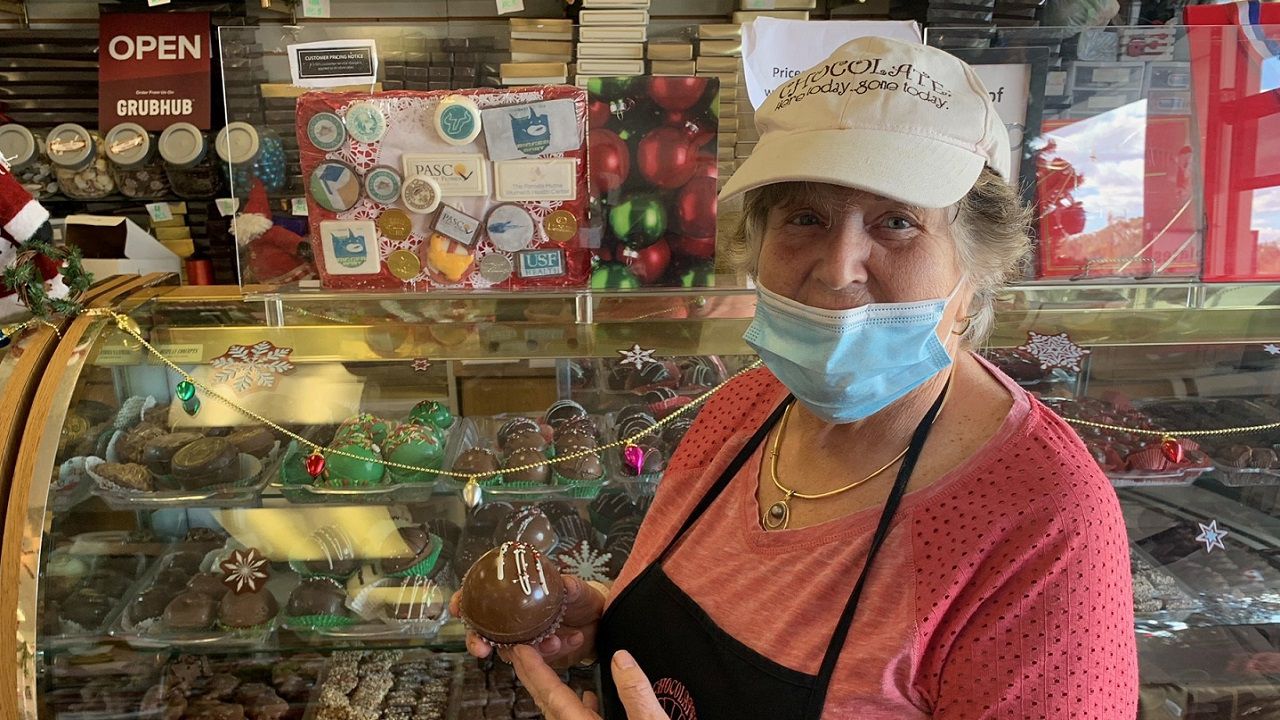 Michelle Palisi started making her chocolate bombs to meet the sudden demand. She made more than 1,500 in just three weeks and has no plans on stopping. (Tim Wronka, Spectrum News staff)

But a social media craze gave her an unlikely gift to close the year: hot chocolate bombs.

“It was like Tickle Me Elmo,” Palisi said.  “That’s what I thought I was doing. All of the sudden, come December, people were coming in droves.”

Customers at her Chocolates By Michelle shop were in search of hot chocolate bombs.

They exploded onto social media this winter. You drop a “bomb” made of chocolate, marshmallows and hot chocolate mix into hot milk to make a delicious hot cocoa. Pictures and videos were spreading online of folks making the bombs or using them.

So Palisi started making them to meet the sudden demand. She made more than 1,500 in just three weeks and has no plans on stopping.

“It was just phenomenal. The people kept coming in. It got to a point where I had to do a waiting list. Never did a waiting list before but I had to,” Palisi said.

She’s made a variety of them. The “bombs” are put into hot milk or water and explode into hot chocolate. They’ve been big on social media this winter. Michelle had a waiting list for the first time ever! @BN9 pic.twitter.com/EjiICC0lEu

Palisi says the craze came at the right time.

She was having one of her worst years in nearly 40 years in business. She even switched over to catering to help keep her employees hired before the hot chocolate bomb interest began.

“It was just an amazing ride. To there being no business for 9 months to all of the sudden, having to make them,” Palisi said.

She thinks they “blew up” online because folks are at home more, looking for a fun way to spend time with their families.

As Palisi says, there’s nothing that a little chocolate can’t solve.