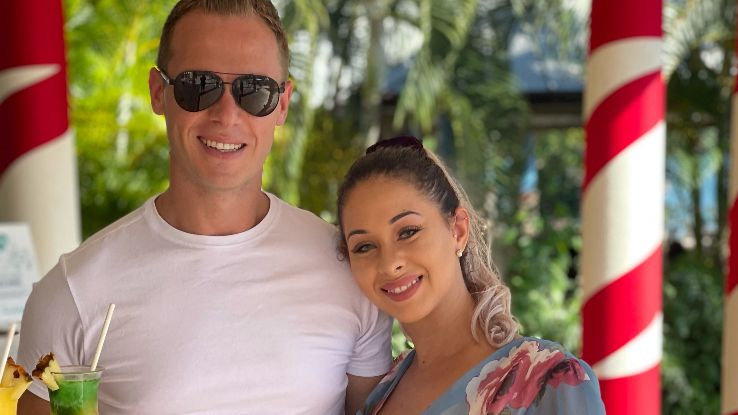 ST. PETERSBURG, Fla. — When Mauwea and Isliany Rawshdeh decided to celebrate their anniversary last month, they chose Jamaica and booked a stay at the Sandals Southcoast Resort.


Things took a turn on Christmas Eve when the couple attended a concert on the property.

Isliany says she was speaking to one of the performers after the concert ended when another couple started yelling at the DJs.

That when Isliany says the woman targeted her. Isliany Rawshdeh suffered injuries to her fae and arm. She is now facing plastic surgery and is currently unable to work as a mural painting artist. (Isliany Rawshdeh)

“I’m like ‘What did you say to me?’” she said. “I said something like that to her and she grabbed a glass that was in her hand and smashed it in my face.”

Isliany suffered cuts to her face and her arm. Her husband quickly intervened. A sweater was used as a tourniquet to stop her arm from bleeding.

She says her hand was cold and numb and she began to lose consciousness when she and her husband made their way to the hospital.

“I was like ‘Baby, I love you, please take care of our boy because l don’t think I’m going to make it,’” she said.

Mauwea was not ready to let his wife die.

“She was feeling at peace with it and I’m like ‘What is happening, life cannot take that turn right now,” he said.

The couple is now back in St. Petersburg, but life is far from normal.

Isliany now has to have plastic surgery on her face and because of the cuts on her arm, she is unable to paint. The injury led her to cancel three contracts for murals she was slated to create.

She is looking into legal action against her attacker, which could be an uphill battle.

Isliany says she is not backing down and is expected to travel to Jamaica for a hearing in March.

“We are willing to use our own resources to hire a good lawyer to represent us,” she said. “We can’t let this go.”