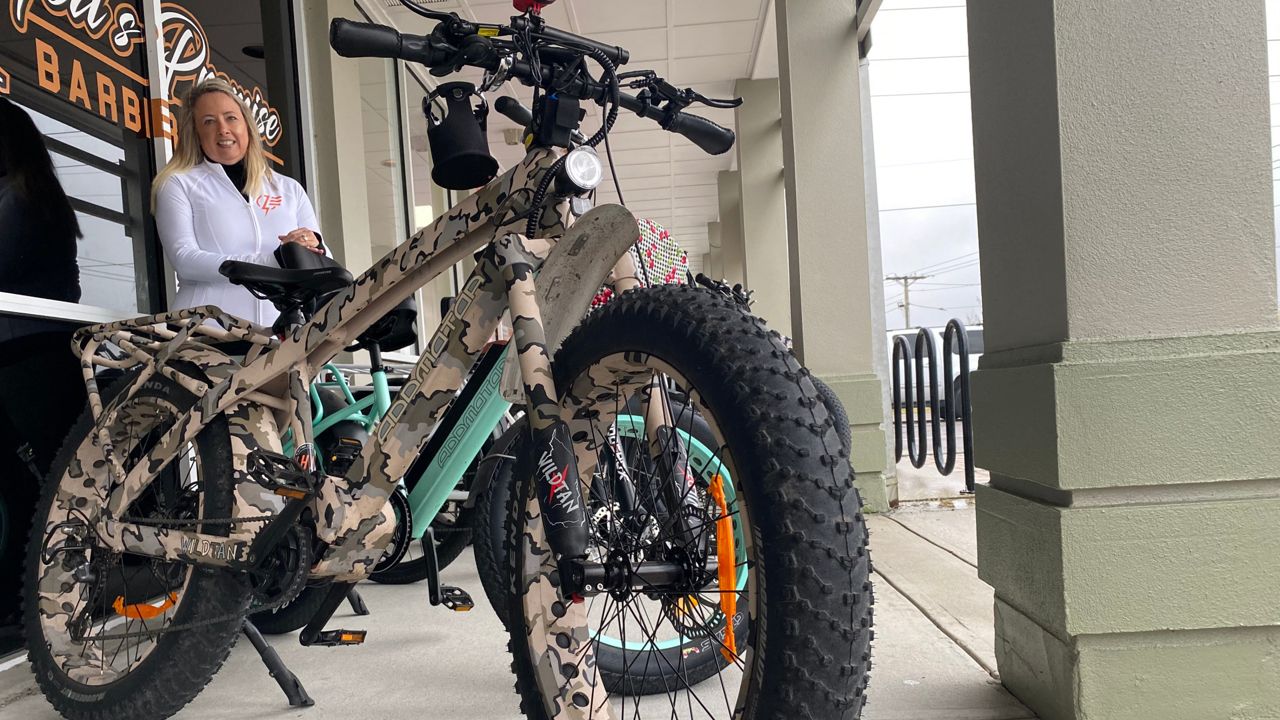 BARTOW, Fla. — A new local bike shop had a recent surge in sales after their Bartow community rallied around the business that was vandalized and broken into.

Chris Graham said he saw it all.

“I was coming from Lake Wales, I live in Auburndale; I was at this stop light here and looked over and saw the guy trying to bust the door in with a hatchet,” explained Graham.

Graham said he hopped the curb and sped toward the shop to stop the guy.

“He had beaten the glass,” Graham explained. “I said, I’m not going to let you take anything out of that store.”

The barbershop next door called the police and Graham explained he prevented the man from leaving with any merchandise. Bartow Police arrived and arrested the man.

Bartow bike shop broken into and vandalized by angry customer with a hatchet. See the surveillance video on @BN9 and hear why one local man decided to stop him. pic.twitter.com/HruODdavp5

The owner of Whiz Cycle Rental, Rachel Riggs, explained that the pandemic delayed her business for a year, adding that she is thankful for all the communities support for her new bike shop.

“Chris was amazing to stop and help, you don’t realize how many good people are out there,” said Riggs.

“We’ve only been open for two months and then this happens; so really thankful,” she added.

Riggs said the bike shop sold out of electric rentals for the first time after her Bartow community heard the news of the break in.