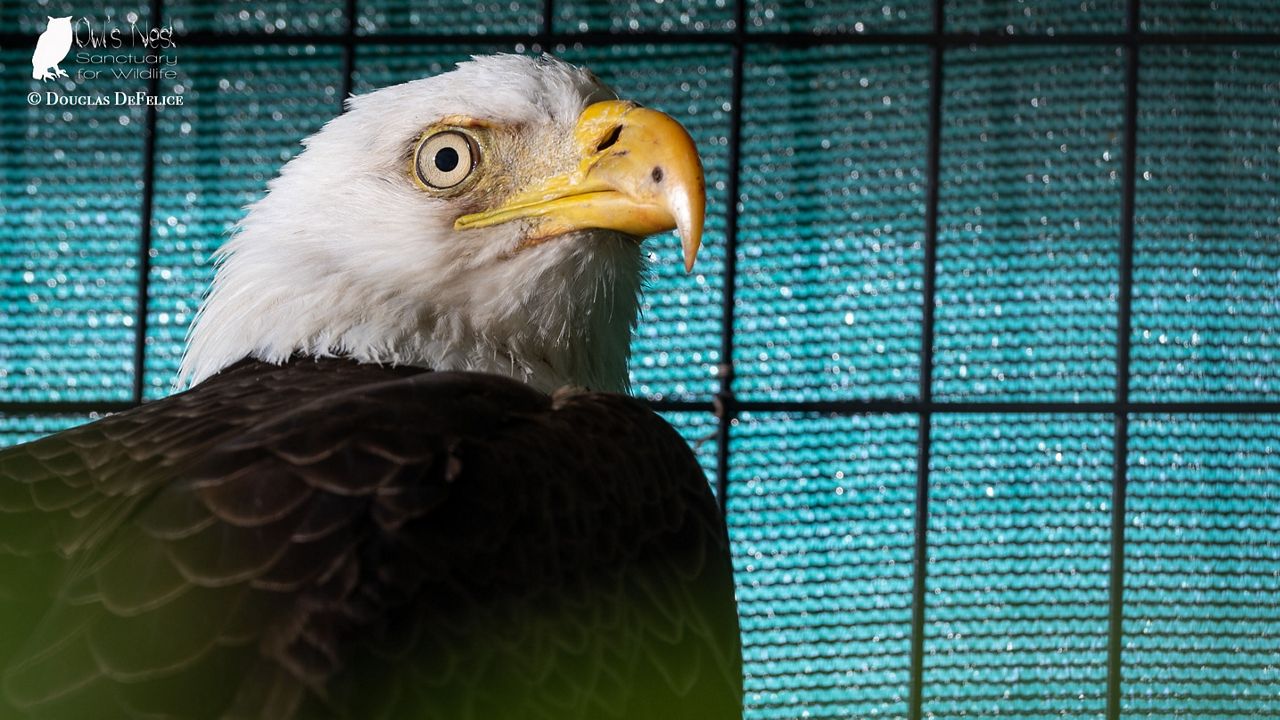 Man Who Rescued Injured Bald Eagle Releases Him Into the Wild

HUDSON, Fla. — A bald eagle found tied up in fishing line last week is now back in the wild.

Joe Roman, the man who found the injured bird, released him on Friday.

“Seeing him set free? There’s no other feeling. Feels good to see him leave,” Roman said.

Roman said he found the male bald eagle with a fishing hook in his beak and his wing stuck in a fishing line. Afterwards, he wrapped the eagle in a towel and took the bird to Pasco County Fire Station 21 in Hudson where firefighter Jerry Brown took him in.

“When we got him wrapped up and everything, just holding him in our hands, it was amazing,” Brown said. “Just looking into his eyes, it was one of the best things I’ve ever done.”

Brown then contacted Kris Porter at the Owl’s Nest Sanctuary in Odessa. There, they were able to remove the hook and the line. The eagle stayed at the sanctuary over the last few days as he regained his strength.

Porter said the bird would not have made it if someone hadn't found him.

“People don’t get to experience things like that,” Porter said. “I mean, I’ve done this my whole life. To see somebody, get to release something they thought was going to possibly die, that’s a great feeling.”

Bald eagle release! This eagle was found last week with a fishing hook stuck in his beak and line wrapped around his wing in Pasco County. Quick actions from @PascoFireRescue and @OwlsNestRehab helped save him! He's now back in the wild. @BN9 pic.twitter.com/5C8m0iCkNV

Porter said this kind of injury is actually a common problem to all birds in our area.

“Florida is still very wild. I think a lot of people take it for granted. We have a huge fishing line problem, just even in the Bay Area,” Porter said.

She said the eagle will be able to find his way back to his nest, where his mate has likely been taking care of their chicks, since it is nesting season.