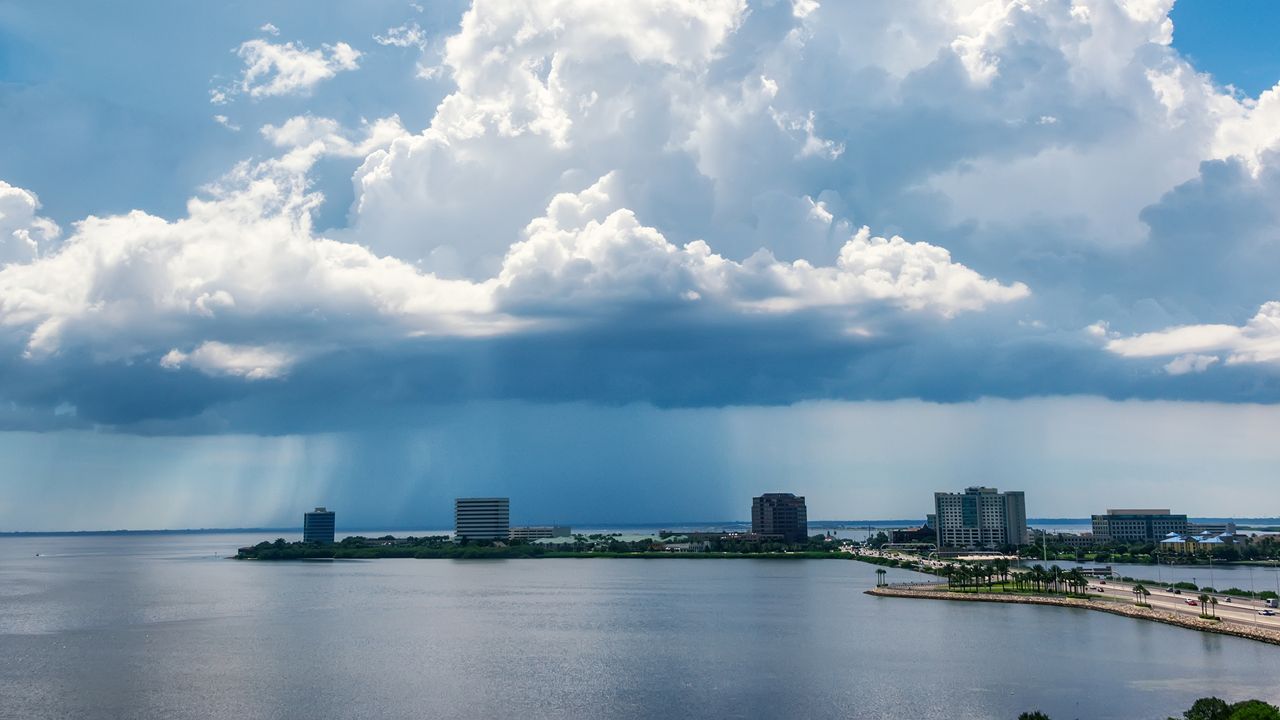 Tampa Bay Mayors Reflect On Leading During the Pandemic

St. Petersburg Mayor Rick Kriseman says the relationship between himself and the mayors of Tampa and Clearwater is outstanding. He just wishes that the business community could get on the same page.

Speaking during a virtual Suncoast Tiger Bay meeting with Mayors Jane Castor and Frank Hibbard on Thursday, Kriseman responded to a question about the rebranding that two major economic agencies did in the fall of 2019 that rankled business and political leaders in Pinellas County.

That’s when both the Tampa Hillsborough County Economic Development Corporation and the Greater Tampa Chamber of Commerce rebranded to include “Tampa Bay” in their titles, without actually expanding their advocacy footprint into Pinellas County.

“From this side of the bay, it’s been a bit of a setback,” Kriseman diplomatically said. “I think that … the three of us are trying to work around that and trying to continue the efforts of regionalism.”

“There may have been some mistakes made in some of the naming and what not,” added Hibbard, who was elected to a new four-year term as Clearwater Mayor last March following an earlier two-term stint nearly a decade before (2004-2012).

Castor didn’t disagree, saying “both of those name changes could have been implemented in a much smoother fashion.”

The three mayors talked about a number of issues during the hour-long forum, beginning with discussing the challenge that none of them could have foreseen when they ran for office – managing cities through a global pandemic.

In terms of the economic hit from the virus, Kriseman and Hibbard said the reduction in tourism will have a deleterious effect on Pinellas County’s Tourist Development Taxes (aka bed tax), which funds capital improvement projects such as the Dali Museum and the Clearwater Aquarium.

Castor was relatively upbeat about the future, giving credit to her immediate predecessors Bob Buckhorn and Pam Iorio for putting the city on a solid economic foundation and remarking that there are 52 construction projects still in motion in the city.

“I think that we’re going to be able to get back on our feet, and we’re going to move ahead much, much quicker than any other municipality across the nation,” she said. Hibbard agreed that the region has the ability to thrive once the world get back to a pre-COVID existence, saying that there will be a lot of “pent-up demand” when it comes to leisure destinations.

Hibbard was forceful when the issue of the Church of Scientology (COS) and their presence in downtown Clearwater was introduced.

“The misconceptions are that downtown Clearwater is controlled by Scientology, and that is just patently false,” he said, admitting that a lot hasn’t changed in terms of the relationship between the COS and the city since his previous tenure as mayor.

“We’re willing to cooperate and talk, but at some point the church is going to have to make some efforts to do some good things for the community,” Hibbard said. “And that’s one reason why I met with Mr. Miscavige – to challenge him to do some things that aren’t for their organization but are for the good of the community.” (That would be David Miscavige, the leader of the Church of Scientology).

Mayor Castor was asked about the relationship between the Tampa Police Department and Black Lives Matter activists.

The mayor attributed some of the friction that occurred this summer to the lack of trust between the younger generation and the department, which she led from 2009-2015. The protests led Castor to create a community task force on policing, which resulted in 17 different recommendations that were part of a study by USF Criminology professor Dr.Bryanna Fox.

“What it all comes down to is those day to day relationships and that communication. You can never lose sight of that,” she said.

Left unsaid was that in reaction to the protests, the mayor also made some changes to the city’s oversight agency that review police misconduct, but disagreements remain between civil liberty groups and the Tampa Police Department’s union. The city council is scheduled to revisit the latest changes to the Citizens Review Board city next month.