TAMPA, Fla. — One does not readily associate the phrases “semi-forgotten shopping center” and “cutting-edge digital technology,” but it’s in a quiet corner of Uptown’s University Mall that Tampa commercial video agency Diamond View has created a futuristic creative facility incorporating new tech available only in a handful of locations around the world.

“This was the cheapest space we could find on short notice,” says Diamond View CEO Tim Moore with a laugh.

If the location is budget-friendly, what’s in it is not.

The space houses the Vü, a $6 million “virtual production studio” that makes use of emerging extended reality (XR) technology.

Combining a massive curved backdrop screen known as an “LED Volume,” state-of-the-art robotic cameras and the kind of software and processing power used to design video game graphics, the Vü can create hyper-realistic three-dimensional environments—think of it as the closest thing the real world has to Star Trek’s Holodeck.

It’s the latest innovation in computer-generated visuals for video, and Diamond View has set itself ahead of the curve.

Ironically, it was the shutdown of commercial and film production caused by the COVID-19 pandemic that inspired the company to go all in on XR. 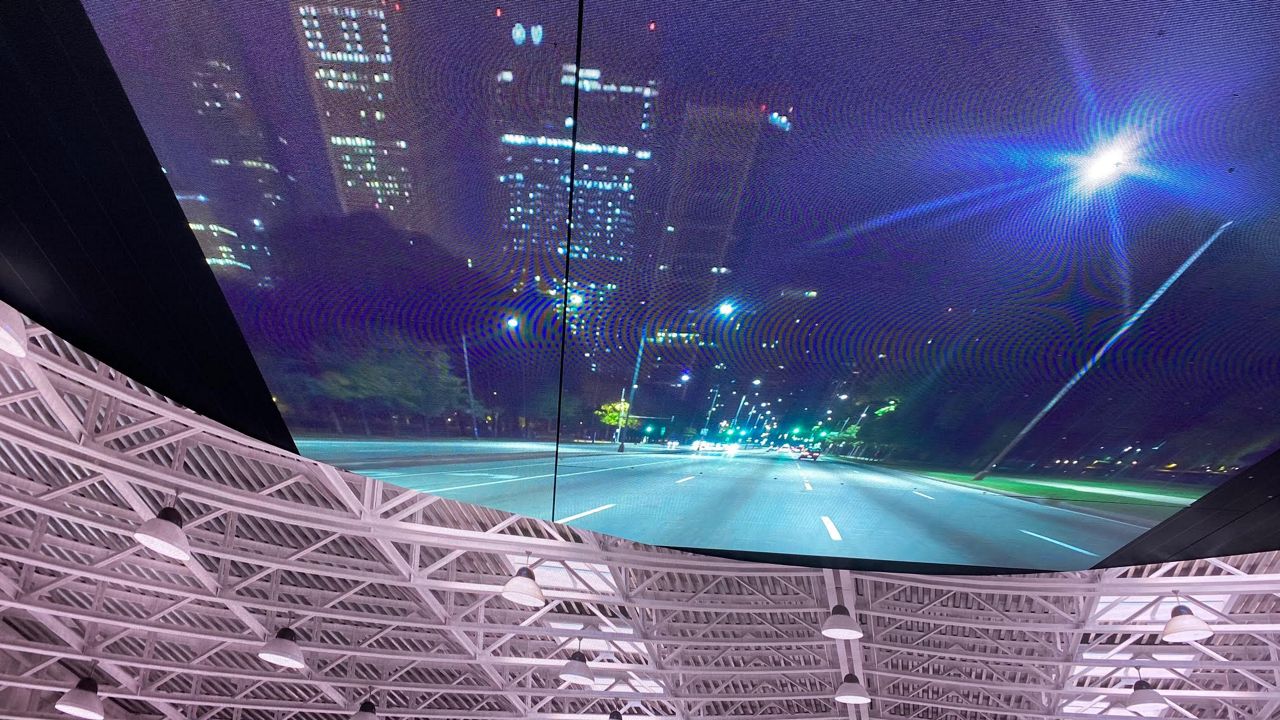 “We had a plan to move into a cigar factory in West Tampa, we were looking at closing on that in May, and part of what we were doing was going to be co-working space,” says Moore. “And we realized very quickly in March that with COVID, co-working was not the business model we wanted to move into. So we took everything that we had saved for that transition and we put it all in the technology.

“One thing that I realized about this climate is, you know, you could go out of business not taking a risk. Several fields that have been impacted [by the pandemic] have no contingency plan for something like this. And so I was like, we might as well take a big risk.” 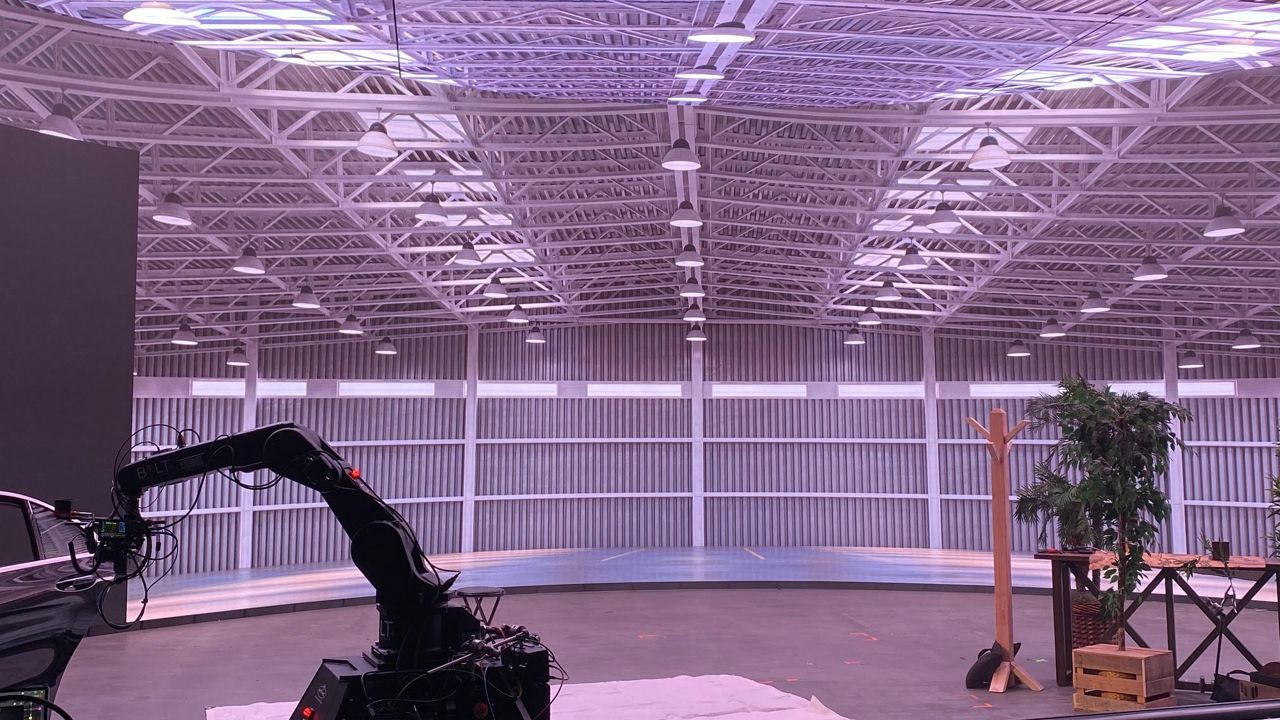 Just three months in, that risk is already paying off for Diamond View. High-profile brands are attracted to not only the Vü’s incredibly lifelike backgrounds, but also the considerable savings in cost, time and trouble compared to trying to film a commercial on location with the coronavirus still running wild around the globe.

“We just had a really big shoot with Mercedes-Benz, they came over from Germany with two new cars,” Moore says. “Typically they would shoot them on a green screen… [this is] a much faster way to produce the commercial. And they were able to go to locations that they physically couldn't go to with COVID right now.

"One of the backgrounds was a location in Asia, we put it on the screen, and it looks in the camera like they're actually there. If you think about the cost savings to them, half a million dollars to get all the crew and the cargo and the barge and everything to that scene, whereas here they can do at a fraction of the costs.” 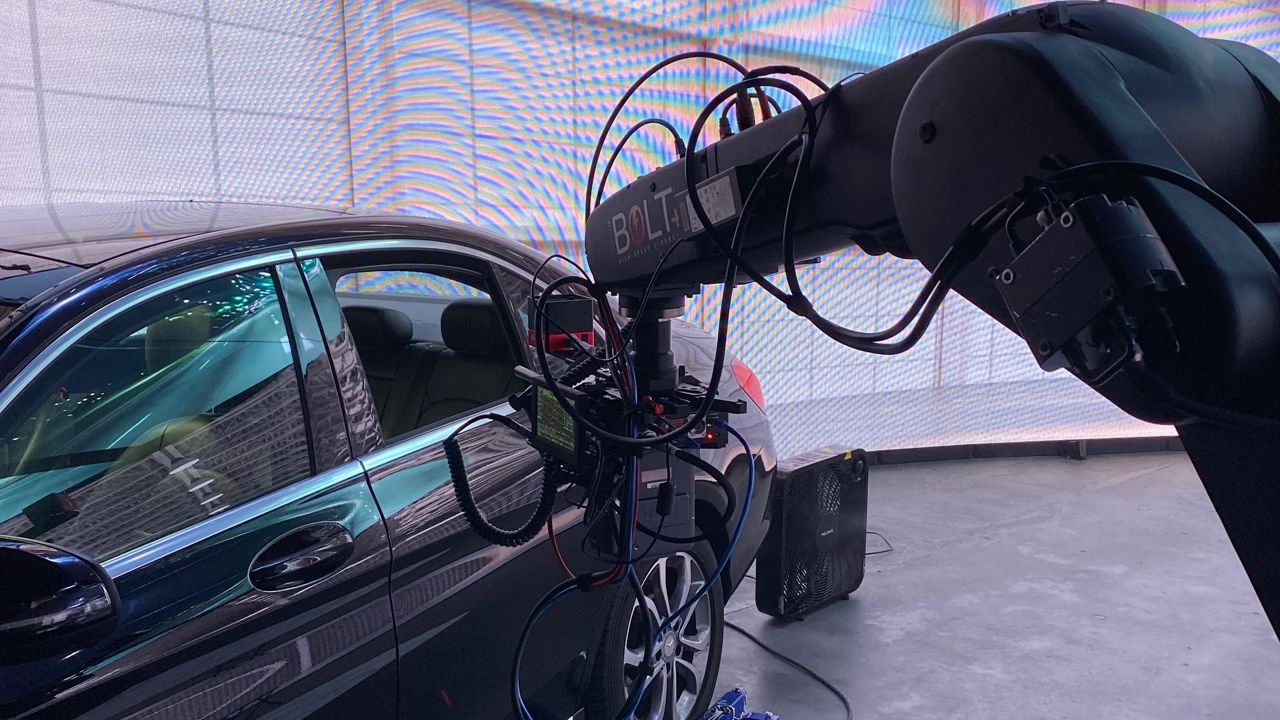 The Vü is also garnering interest from Hollywood.

The XR technology being used here in Tampa is on display in some of the stunning environments of the mega-hit Disney+ Star Wars spinoff series The Mandalorian, and Moore says Diamond View has gotten calls from the likes of HBO and Netflix as well as the House of Mouse.

Given Florida’s woeful lack of incentives for productions to come and shoot here, the studio’s presence in Tampa could be a pivotal factor in bringing more filmmaking to the Sunshine State.

“Florida doesn't really have a lot of tools in place for that, but they're trying—I will tell you this, the film commissions are very, very supportive of helping connect us, they're doing a good job of telling the region that hey there's this asset in Florida,” says Moore.