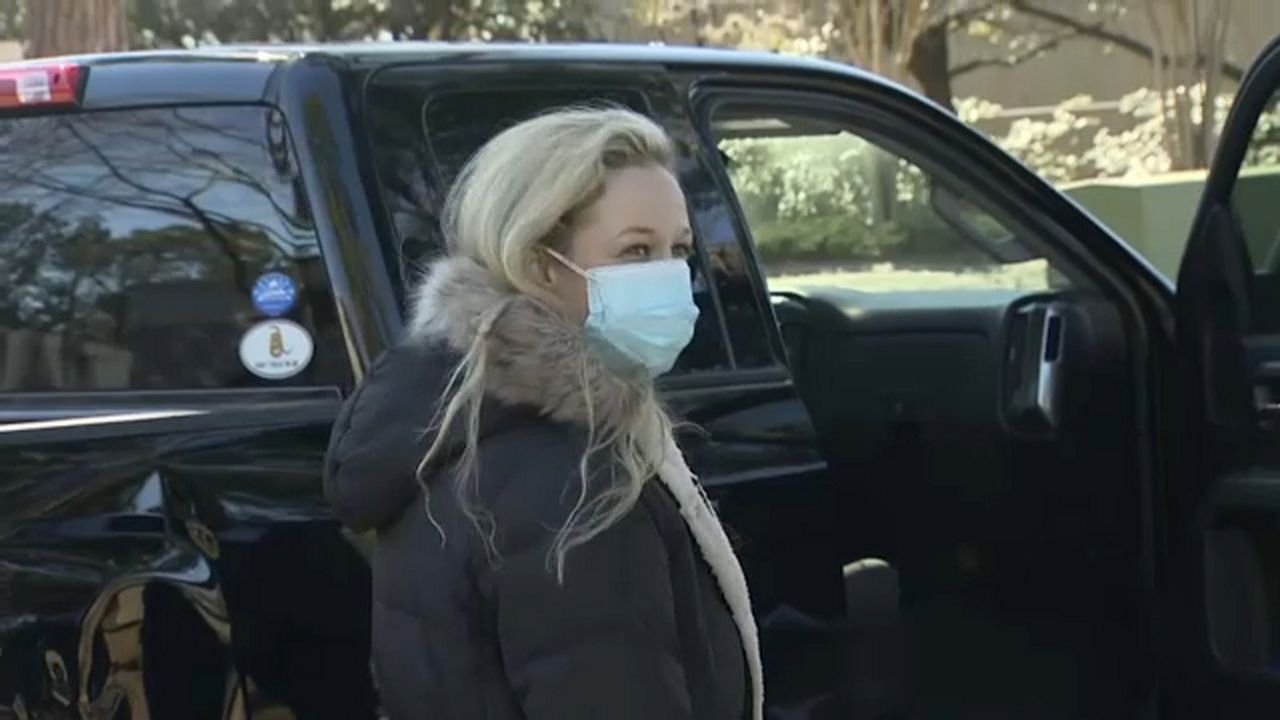 Rebekah Jones leaves the Leon County Detention Facility early Monday after turning herself in on a warrant issued in connection to an FDLE investigation into an anonymous message sent to Florida Health Department employees. (Screen capture from CNN video)

Fired Florida coronavirus data manager Rebekah Jones left the Leon County Detention Facility early Monday, a short time after turning herself in on a warrant issued by the Florida Department of Law Enforcement.

Jones's warrant said she was “charged with one count of offenses against users of computers, computer systems, computer networks and electronic devices …,” FDLE said.

Jones left the detention facility Monday with an unidentified man wearing dark sunglasses and a suit.

Jones, the man, and a reporter were seen walking briskly away from the jail. Other reporters and camera operators followed as they walked. The unidentified suited man asked reporters to respect the woman's privacy.

Jones, wearing a mask and a heavy jacket, was walking between a reporter and the suited man when suddenly, she backed away, waved her right arm with palm open, and said, "I've tested COVID positive, you guys, so..." She didn't elaborate.

Jones got into the passenger side of a pickup, and they drove away.

She had been prohibited by the state from computer and internet access, but the court said she could retain access to cell phones, computers and the internet. She was ordered not to access any state computer systems or having any contact “with any of the people whose information was downloaded.”

Over the weekend, Jones — who helped create Florida’s COVID-19 dashboard — tweeted that she planned to surrender on the charges Sunday night.

But Sunday, the 31-year-old Jones tweeted: "Censored by the state of Florida until further notice."

Censored by the state of Florida until further notice. #LetHerSpeak

FDLE agents raided Jones’s home last month. State investigators said they obtained a warrant stemming from an investigation into an anonymous message sent through the Florida Department of Health's system that encouraged workers to speak out against the way COVID-19 data was being handled by the state.

Agents with the FDLE determined that the anonymous message was sent from Jones’s home, they said.

“Evidence retrieved from a search warrant on December 7 shows that Jones illegally accessed the system sending a message to approximately 1,750 people and downloaded confidential FDOH data and saved it to her devices,” FDLE said.

In the arrest warrant, Jones is accused of illegally downloading personal information of 19,182 people, including Florida DOH employees.

The former Florida Department of Health data manager has accused Gov. Ron DeSantis's administration of trying to manipulate COVID-19 figures and is suing the head of the FDLE and two agents for the raid on her home.