"We've never fully lived up to the founding principles of this nation – to state the obvious – that all people are created equal," President Joe Biden said of the need to take action on fighting racial injustice. "For too long we've allowed a narrow, cramped view of the promise of this nation to fester."

On Tuesday afternoon, Biden signed executive orders about advancing racial equity and supporting underserved communities, one which includes a key progressive talking point: Ending the DOJ's use of private prisons.

The president, speaking from the White House, said that the killing of George Floyd by a Minneapolis police officer marked a “marked a turning point in this country's attitude towards racial justice."

Biden called Floyd's killing "a knee on the neck of justice – and it wouldn't be forgotten."

"Unity and healing must begin with understanding and truth, not ignorance and lies," Biden said, as he talked about rescinding former president Donald Trump's ban on federal diversity and sensitivity trainings, as well as the "offensive, counterfactual 1776 Commission."

"One of the reasons I'm so optimistic about this nation," Biden said, "is that today's generation of young Americans is the most progressive, thoughtful, inclusive generation that America has ever seen – and they are pulling us toward justice in so many ways."

Biden signed an order directing the Attorney General not to renew Justice Department contracts with private prisons, an industry that has drawn opposition from some of Biden’s former opponents, including Sens. Elizabeth Warren (D-MA) and Bernie Sanders (I-VT), as part of his sweeping agenda to combat racial injustice.

Other parts of Biden’s platform, which he will take executive action on, will include advancing fair housing policies by directing the Department of Housing and Urban Development to review discriminatory housing policies, battling xenophobia against Asian Americans and Pacific Islanders, and highlight the commitment of federal agencies to respect Tribal sovereignty.

Biden said that there is a need to "change our whole approach to the issue of racial equity."

"Yes, we need criminal justice reform. But that isn't nearly enough," he added.

“For too many American families, systemic racism and inequality in our economy, laws and institutions still put the American dream far out of reach,” Domestic Policy Director Susan Rice said at a White House press briefing earlier Tuesday. 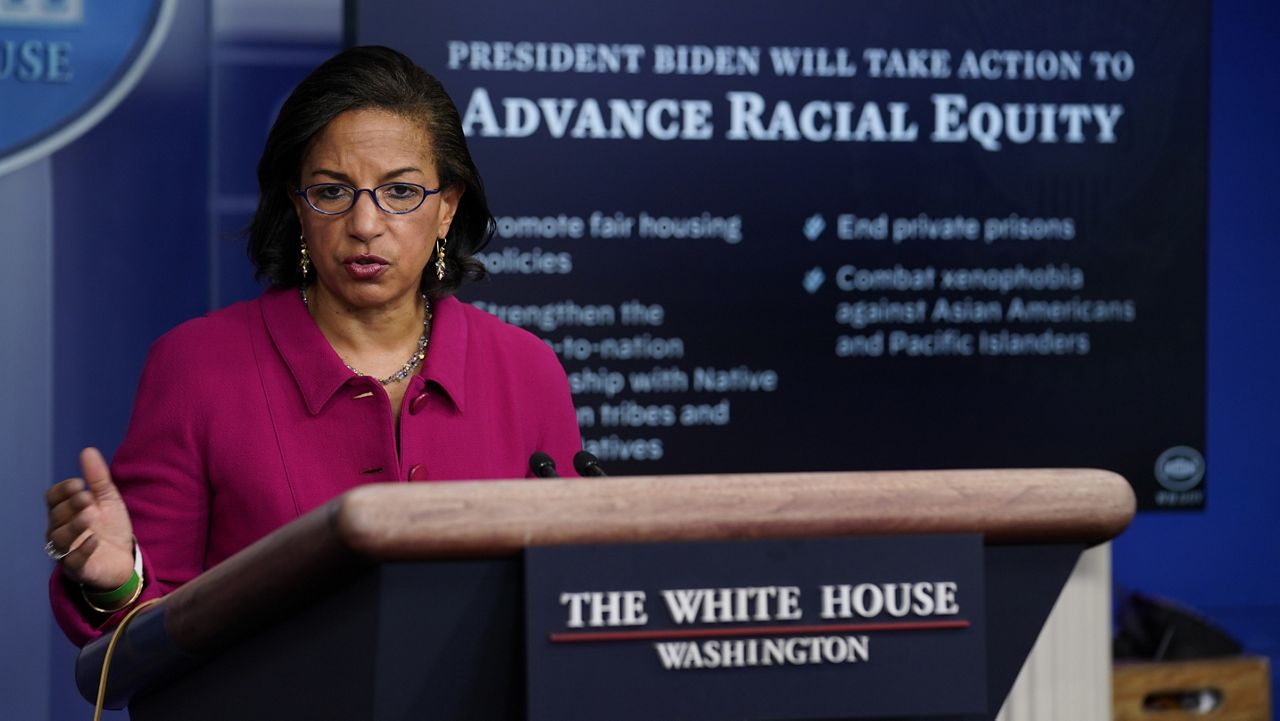 “These aren’t feel-good policies. The evidence is clear. Investing in equity is good for economic growth, and it creates jobs for all Americans,” she added, noting that economists have “estimated that we can add over $5 trillion to the U.S. economy over the next five years and add over 6 million new jobs for all Americans.”

“Building a more equitable economy is essential if Americans are going to compete and thrive in the 21st century,” she said. “I believe we all rise or fall together. Advancing equity is a critical part of healing and restoring unity in our nation.”

While these actions fall short of what civil rights advocates and groups have asked for — including an overhaul on policing, battling voter suppression, and reforming the criminal justice system — Biden promised that more change is coming.

Biden specifically called to restore and expand the voting rights act, invoking the name of the late Rep. John Lewis.

The White House promised that President Biden will work with Congress to increase support for “small businesses owned by people of color and others who have been historically disadvantaged,” invest in HBCUs, as well as noted that his $1.9 trillion American Rescue Plan will provide direct relief to “communities and families bearing the brunt of the crisis – including communities and families of color.”

“These are desperate times for so many Americans, and all Americans need urgent federal action to meet this moment,” Rice said.