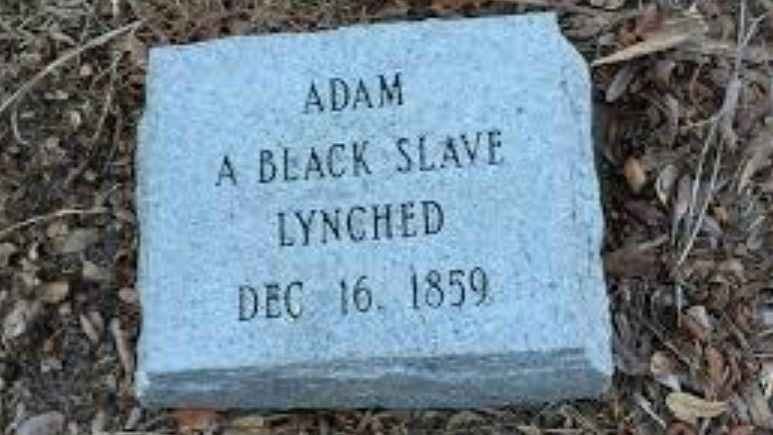 A group of leaders in Tampa are working on a project that will honor the victims of racial lynchings in the Tampa Bay area.

When most people think of Tampa Bay, they think of the skyline, the Riverwalk and the neighboring beaches. But this bustling city, just like many others across the country, has a dark past.

Viera is a self-proclaimed history junkie who told us more about the story of Robert Johnson’s lynching in Tampa, 87 years ago

“In the city of Tampa and Hillsborough County, had a good number of racial lynchings as well as labor and immigration-oriented lynchings. The latest one being of a gentleman by the name of Robert Johnson who was lynched in January 30, 1934,” Viera said.

St. Paul A-M-E Church is where Viera says his research shows an angry mob abducted Johnson, after he was released from Tampa Police custody.

“A lot of the events that led up to it were actually out here in downtown Tampa,” Viera said. “He was a gentleman, Mr. Johnson, an African American who was accused of hurting a white woman. And the Tampa police department found that he did not do it and absolved him of that allegation.“

Viera said Johnson was with a man posing as a deputy, in charge of transporting him to county law enforcement to face charges for stealing chickens, when the mob attacked. That mob then took Johnson to the Hillsborough River near Sligh and 50th street, where he was brutally murdered.

“The primary focus of this remembrance project is from essentially reconstruction era all the way to the beginning of the civil rights movement. And that’s kinda where were looking at – this era of racial terror that existed in the United States,” Briant Spratling said.

Some of the other lynching deaths Viera pointed out include a man simply known as Adam. Adam was a slave in 1859, in jail for an alleged murder, when a mob broke in, kidnapped and murdered him.

No one was ever charged for the deaths of those men, but these leaders are hoping a historical marker, much like the one in Orlando for lynching victim, July Perry, will serve as a memorial and a way to add some light to this dark part of the city’s history.

“I think this says to members in our community, particularly in the black community we understand the history of what has happened to you. We see you. We hear you. And no, a memorial marker doesn’t make everything right or take away the pain that has been inflicted on this community for so very long, but it is a step in the right direction,” Driskell said.

Leaders are waiting for a final decision on where the Tampa’s lynching memorial will be located.

One of the other aspects of the memorial project is education. Leaders involved with the project said they’re working to make sure children in Hillsborough County Schools will learn more about the city’s history of lynchings. They also plan to offer high school students an opportunity to participate in an essay contest about lynching and its victims and compete to receive scholarship money.​