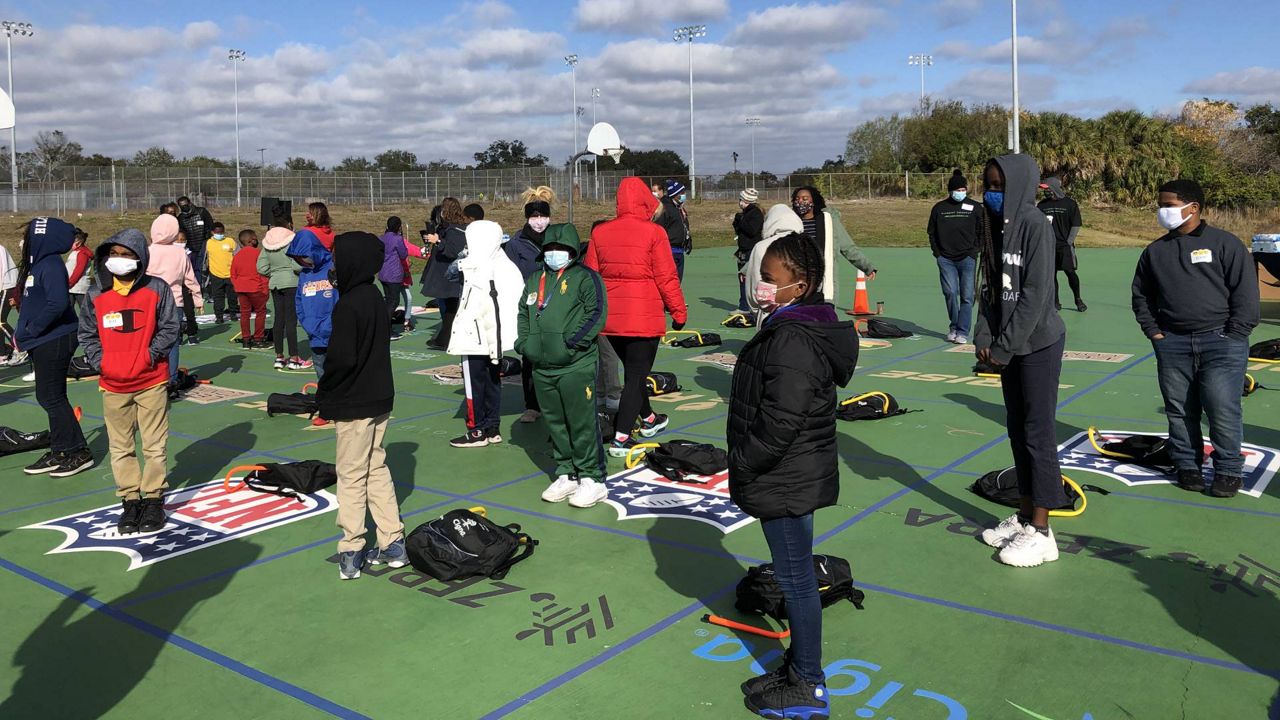 The basketball court at Just Elementary School in Tampa is being transformed into a new country — Vincent Country. Developed by former NFL player Troy Vincent and his wife, Tommi, the brand sponsored "Safe Zone Activity Days" for kids in Super Bowl cities.

TAMPA, Fla. — The basketball court at Just Elementary School in Tampa is being transformed into a new country — Vincent Country.

"It really is an opportunity for us to come in and partner with the school to bring a day of fun and activity and just allow the kids to be kids," said Tommi Vincent.

Former NFL linebacker Takeo Spikes leads the students through drills, focusing on physical fitness and safety but, this is about a lot more than just fun and games.

"Most times when people come into cities they come in trying to see what they can take out but our true belief system is how can we make a deposit inside the kids lives and leave something that's sustainable," said Spikes.

Vincent Country and several NFL legends are also donating more than $20,000 to the school to help purchase technology in an underserved community.

"When they have technology at their fingertips, when they're able to look things up and get online, then they're going to have the kind of education that sets the foundation for the rest of their life," said McDonald.

As they experience a "once in a lifetime" moment of working out with football pros, organizers hope to give students a chance to become champions in their own lives.

"We're providing them with keys and an opportunity to know that success in their future and they just have to make the decision that they're going to go after that success," said Vincent.