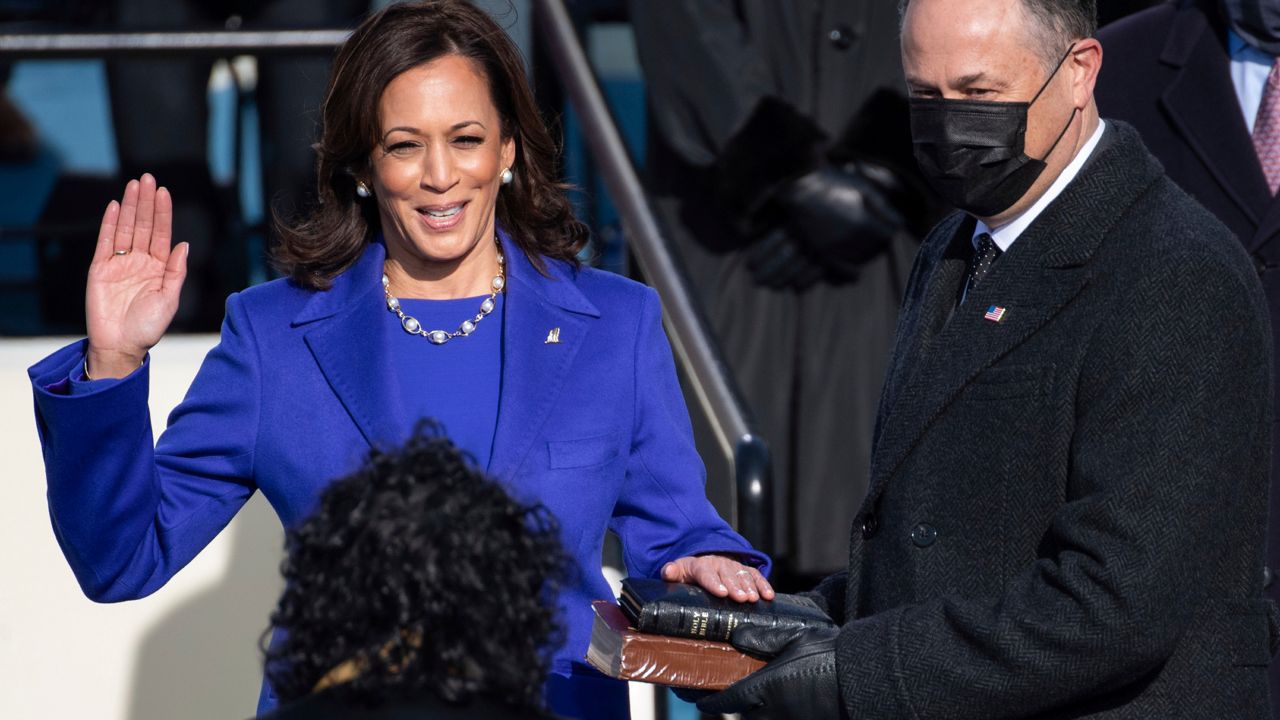 Kamala Harris is the 1st African American woman, and the 1st woman, to service as vice president of the United States. (File)

With high-profile accomplishments like the election of Vice President Kamala Harris, it’s an important time for African American women in political office.

While many saw the historical significance of the moment, others overlooked the foundation laid to get there.


“Whether it’s grassroots efforts on social justice, whether it is voter registration, whether it has been in the boardroom, everywhere you could possibly look, Black women have been doing the work,” UCF assistant professor Larry J. Walker said. “The problem with our society is it rarely acknowledges their greatness.”

Walker has studied issues of race, education, and leadership. He says it’s important to celebrate moments like electing the first woman and person of color as vice president.

“I see this picture of all the other prior vice presidents and all white males and then bam! Then you’ve got VP Harris… this is years in the making,” Walker said.

The election of Congresswomen Frederica Wilson of South Florida and Val Demings of Central Florida should also be celebrated, he said. Representative Demings was the first Black woman to lead the Orlando Police Department and one of the impeachment managers in the Senate trial of former President Trump.

Walker, who worked as a fellow with the caucus, said the group founded 50 years ago has been critical in elevating, empowering, and engaging African-American lawmakers and policies important to the minority community.

“We need to talk about issues related to slavery and Jim Crow and systemic racism, and high incarceration rates, and issues relating to public health issues related to COVID-19,” he said. “The work continues to fight voter suppression laws to make sure all Americans have the opportunity to vote and that we truly live by ideas relating to democracy.”

Activist Stacey Abrams is praised for doing that work with her organization “Fair Fight Action.”

The former candidate for Georgia’s governor was recently nominated for a Nobel Peace Prize.

“We talk about the culmination of flipping the Senate and also essentially help winning the White House, but let’s just talk about the fact that she lost a few years ago the governorship… but like most Black women, she was not deterred,” Walker said.

To Walker, the years of work that Abrams, Harris, Demings, and other trailblazers did to get there often goes unnoticed. There are currently no African American female senators. Walker hopes to see more Black women as candidates and see them get the financial support that’s required to run for the U.S. Senate.