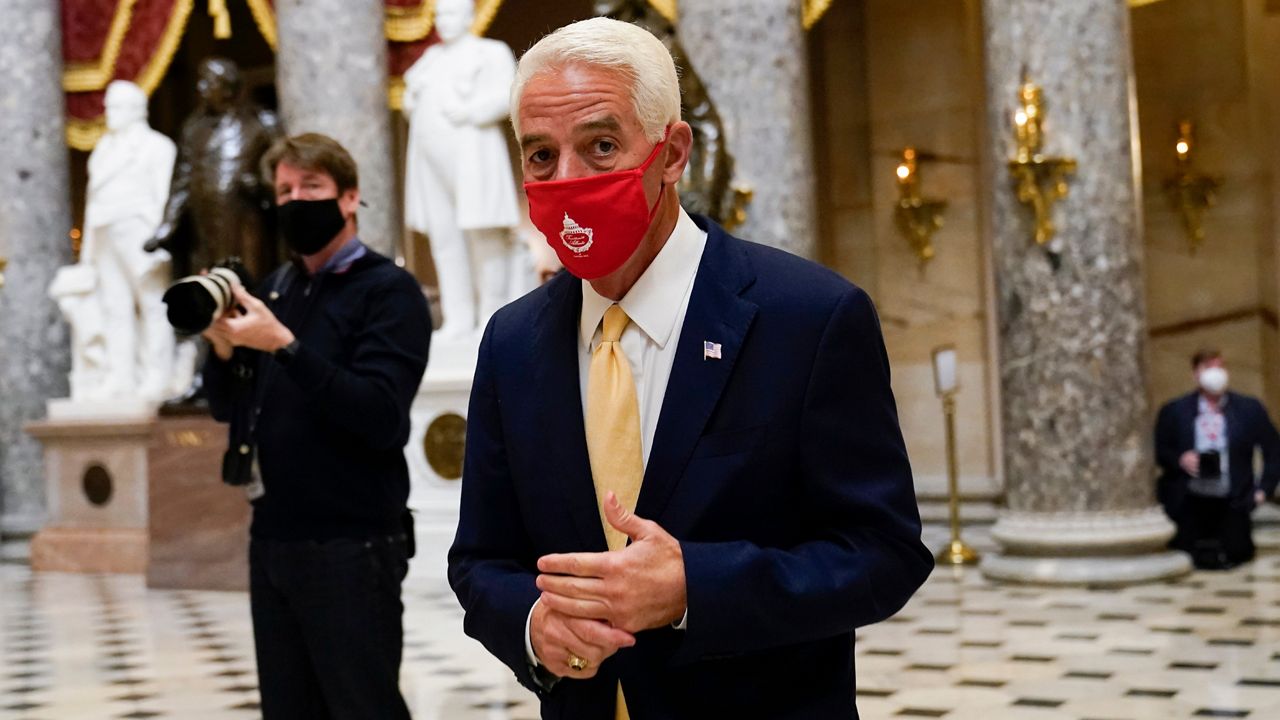 “It’s a big decision,” he told Spectrum News on Wednesday from his district office in St. Petersburg. “I enjoy what I’m doing in Congress. It’s an honor to represent my hometown of St. Petersburg. But these people who are urging me to do so mean a lot to me, so I want to give it due consideration in probably the next several months.”


The 64-year-old U.S. Representative was just reelected in November to a third term in Florida’s 13th Congressional District in Pinellas County, albeit by a closer margin over first-time GOP candidate Anna Paulina Luna than anyone predicted (Crist won by six percentage points in 2020. He defeated Republican George Buck in 2018 by 15 points).

There’s also the reality that his current congressional district (which is now a Democratic majority-leaning seat after the district boundaries were redrawn in 2015) is likely to be less favorable for a Democrat following redistricting in 2022. But Crist insists that’s not part of his equation.

“You would think it would, right? But no, not really,” he says. “This decision is bigger than some political calculus, honestly. It’s gotta be heartfelt. You have to feel it in your soul.”

When asked his thoughts about some potential Democrats who might enter the 2022 sweepstakes for governor, Crist offers enthusiasm for Miami-Dade County state Senator Annette Taddeo, his 2014 running mate when he ran and lost to Rick Scott in his second bid for governor (and first as a Democrat).

Other Democrats floated as potential candidates include Agriculture Commissioner Nikki Fried, U.S. Rep. Val Demings and state Rep. Anna Eskamani, all of whom he praises. Rep. Anna Eskamani, D-Orlando, speaks about an environmental water bill during session Wednesday March 11, 2020 in Tallahassee, Fla. (Steve Cannon/AP)“If anyone wants to run they should do that. They should follow their heart,” he says.

Former USFSP government professor Darryl Paulson has followed Crist’s entire political career, going back to when he was first elected to the state Senate in 1992.

“It’s true 30 years ago when he first got started in politics in Pinellas County, (and) it’s true today that pound for pound, there’s not a better politician in the state of Florida than Charlie Crist,” Paulson says. “He wants people to call him Charlie for a reason. He wants them to feel like he’s their best friend, and he remembers people’s names. And they love it, and so he’s got great political skills and that’s certainly helpful in any campaign, especially in a statewide race.”

But Paulson says that there’s definitely some baggage on a man who’s held office in five different positions and ran unsuccessfully for a sixth (U.S. Senate in 2010).

“You just don’t know how long he’s going to be around,” he says. “What his commitment is. Why can’t he stay in one position? Sort of like the guy who’s been married six times. There’s something wrong with every wife, so he keeps looking for the perfect wife. Well, he keeps looking for the perfect political position. I don’t think he’s found it yet.”

Kartik Krishnaiyer, a progressive blogger and publisher of The Florida Squeeze, believes that Democrats have two choices if “they want to actually be competitive against DeSantis” next year.

The first choice, he says, is to embrace the base and young voters and get behind Eskamani’s candidacy.
“The other is to embrace governing competence and reaching back to a time when government worked well for Floridians while protecting our natural resources, our fragile ecosystem and most vulnerable. To me, Charlie Crist is the clear choice if that’s the idea,” he says.

When asked about Governor DeSantis, Crist is quick to knock his handling of the distribution of the COVID-19 vaccines, calling it “appalling and inexcusable because literally people are dying every day when they’re not getting this (vaccination). That’s not leadership. That’s a leadership void.”

As of Tuesday, Florida had administered 2,835,535 doses of vaccine, a rate of 13,202 per 100,000 people, according to the federal Centers for Disease Control and Prevention’s vaccine tracker.

The man who used to call himself a “Ronald Reagan Republican” left the GOP in 2010 to run as a political independent against Marco Rubio, before he became a Democrat in 2012. An analysis published in the New York Times on Wednesday found that nearly 140,000 Republicans have left their party in 25 states that had readily available data since the Jan. 6 attack on the Capitol.

“I don’t know for sure what it says, but for me it was just a matter of not feeling comfortable with the party,” Crist says. The fit wasn’t right. I feel much more comfortable being a Florida Democrat, which is better than a Massachusetts Democrat. Like in the role of a Bob Graham or Lawton Chiles – that kind of moderate view.”