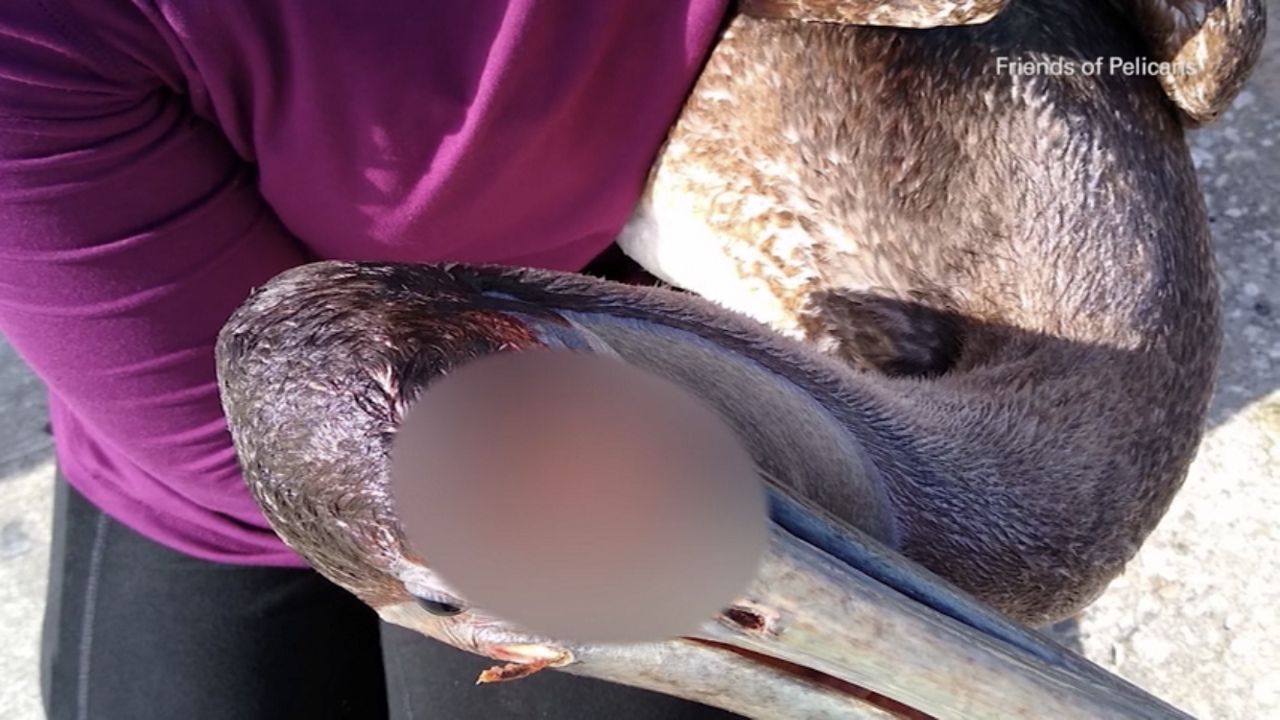 More than a dozen scalped pelicans have been found at the South Skyway Fishing Pier in the past month, according to the non-profit organization Friends of the Pelicans. ​

"It sure looks like somebody has cut a square right into the forehead of several of them," said Kim Begay, Friends of the Pelicans Vice Chair. "It's a clean edge – literally looks like a knife or a scalpel."

Since January 9, the rescue group says a total of 16 scalped pelicans have been found at the popular fishing pier on the Manatee County side of the Sunshine Skyway bridge. Begay said the last scalped birds were discovered earlier this week.

"We believe that these kind of activities are happening at night," she said. "We are asking that the State Park system increase patrols, have somebody stationed at the end of the pier ... because at night there's literally no oversight out here." Begay said they have managed to save all but one of the scalped pelicans. A couple of months ago, the group hired a bird rescuer, Rahat Khan, who used to work as a Dali Museum security guard before he was laid off due to the pandemic.

Khan said he typically rescues between 25-to-35 pelicans every day at the fishing pier. Begay said in the past two months, they've rescued a total of 600 pelicans. Most of those birds were tangled in fishing line or snagged with hooks.

"We have data on every single bird, and it is shocking," said Begay. "The reason that nobody really knew what was happening out here before is because nobody has had a full-time rescuer out here."​

"These birds have to be transported as far away as Venice and Punta Gorda to receive care," Begay said. "The hooking and tangling of these birds is causing a huge strain on the facilities. So, they're running out of room."​

"The burden is just going onto volunteers who are paid noting and rehab facilities who are existing on donations," she added. "We encourage the public to report these violations to the FWC’s Wildlife Alert Hotline at 1-888-404-3922," Brown stated in an email. "Callers can remain anonymous and may be eligible for a reward."

Begay said she fears for the future of the population with hundreds of pelicans being seriously injured at the pier every month.

"That's why the pelican population locally has been declining," she said. "We're just concerned about the safety, the health and welfare of the pelicans."