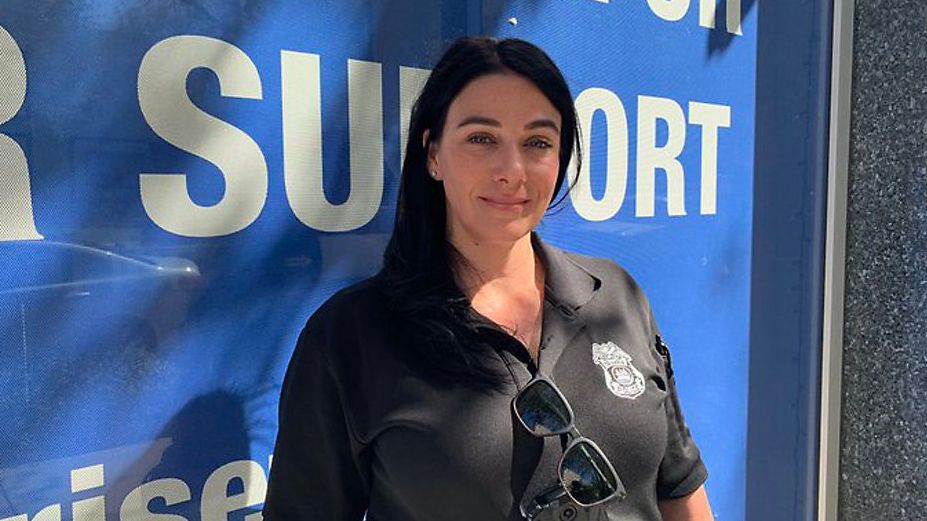 Officer Jessica Campbell is no stranger to the community she is now officially serving. It's a passion she's had since joining TPD eight years ago.

TAMPA - The Tampa Police Department began its task force to help the homeless nine years ago.

Despite limited resources, TPD is moving forward with their initiative and new leadership.

"I am the homeless liaison with the City of Tampa," said Officer Jessica Campbell.

#MEET Officer Jessica Campbell ! Ofc. Campbell is one of two newly appointed Homeless Liaisons for @TampaPD . Campbell shared with @BN9 some of the challenges the homeless population is facing currently and what initiatives TPD will focus on moving forward. #homelessness pic.twitter.com/JKHmG7ri2k

Campbell and MPO Stephanie Haley began serving in their new roles in February.

Officer Campbell is no stranger to the community she is now officially serving. It's a passion she's had since joining TPD eight years ago.

“I've been working with homeless specifically for the past three years," she adds. "On the street here I’ve gotten to know a lot of the homeless individuals and link them up with services from a patrol standpoint.“

Some of those services include job placement.

"We’ve had a lot of resources that are at half capacity," Officer Campbell noted. "Shelters aren’t taking in as many people, so more people are on the streets.”

Homeless advocates like Adolphus Parker say they have also seen resources be stretched.

"There is a crisis in housing. Housing is needed," he said.

Parker is the founder of Homeless Helping Homeless and says the homeless population especially needs to be empowered.

“You have to challenge individuals to do for themselves," said  Parker.

Tampa Police say they would like to form more community partnerships to assist the homeless.

On March 2 at 6 p.m., TPD will host a meeting to share their initiatives for the homeless and get feedback from the public.