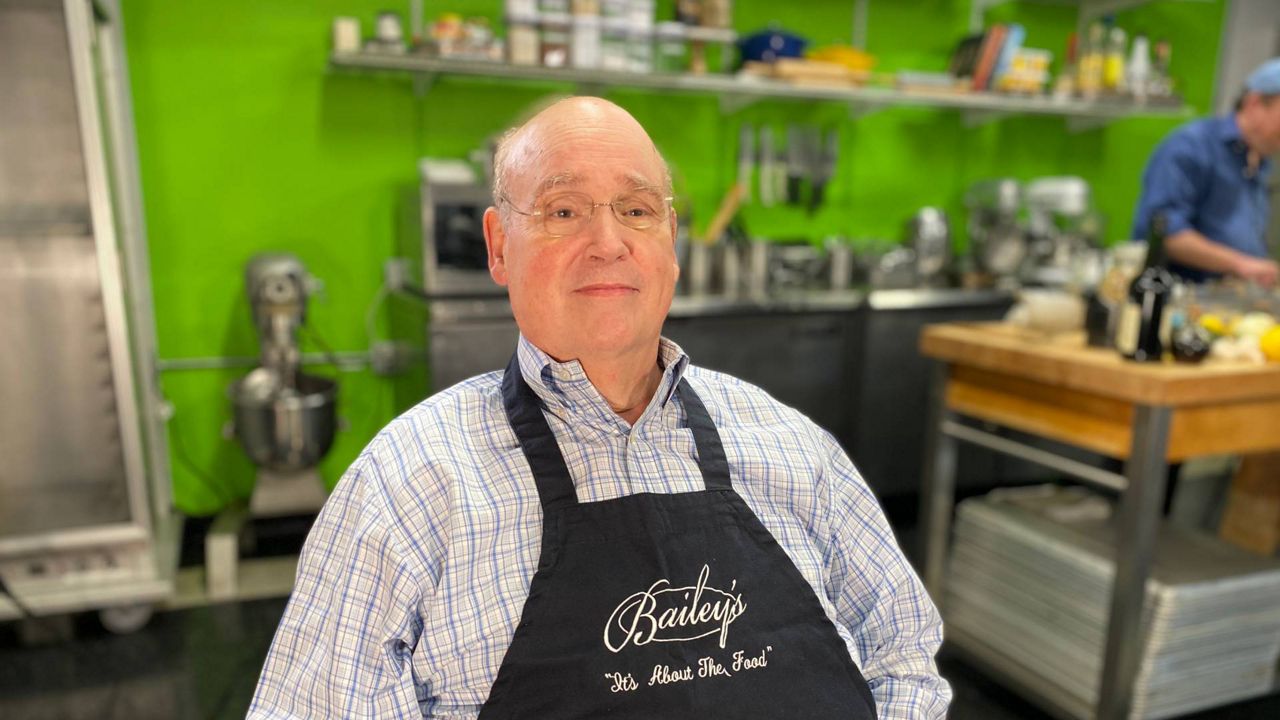 Life in the Time of Coronavirus: Longtime Tampa Chef Diagnosed With Cancer

TAMPA, Fla. — Kim Bailey posed in front of a hearse, calling it his new ride. Because death is hilarious.

Bailey is a longtime chef, caterer, foodie consultant, and radio host in the Tampa Bay area.

He mentions his impending demise like any other story in his life—just one of many.

He decided against medical intervention.

He’s outlived his life expectancy, according to at least one doctor treating him.

And he’s spent the entire pandemic visiting friends on porches, though he misses his sister who is up north. They talk on the phone every day and he longs to hug her.

But he has found a way to share a meal and say farewell to those near and dear – even during this world calamity.

“I'm so fortunate that I wasn't taken away instantly,” said Bailey of his diagnosis. “I get to talk to people, and tell my friends how much I love them, help maybe solve any problems that were in between us. And that has been such a blessing, such a joy that I consider myself one of the most fortunate people in the world.”

1.)
He talks about cutting class in Ybor City when his favorite food cart rolled by his grade school. His teacher told his mother he sure had to go to the bathroom a lot in her class.

2)
He tells us the greatest dish he’s ever had—his favorite birthday dinner when he was a kid—his mom’s meatloaf, mashed potatoes, and peas. He tells us how grateful he is for his friends their porches.

3)
He just sold his catering test kitchen to Chef Melly Gartner of Three Generations Food Truck. They haven’t known each other long, but Bailey says she’s the one. Bailey says medical complications are making it difficult to continue some of his work.